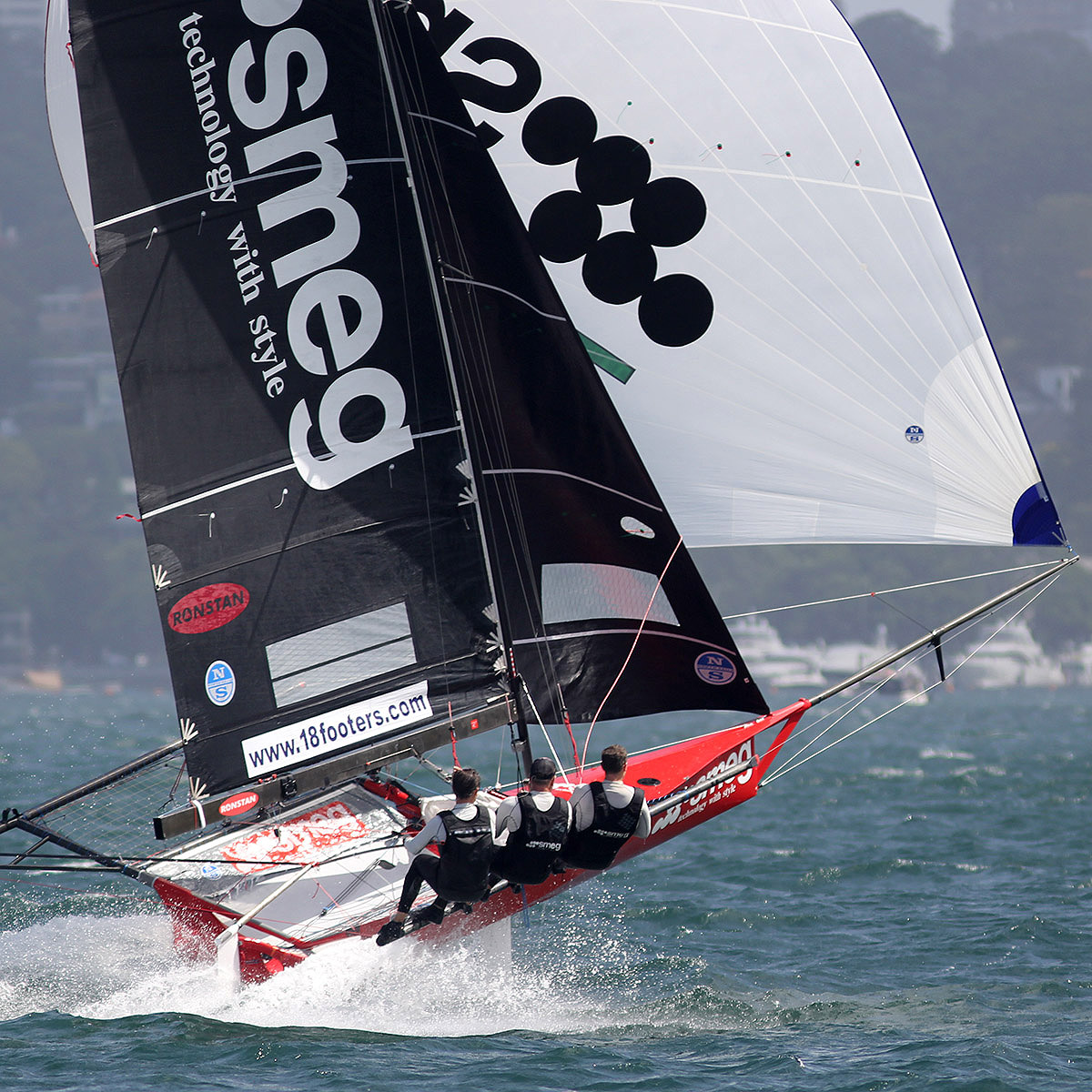 The Australian 18 Footers League fleet is back on Sydney Harbour this Sunday when the 18-boat fleet will contest the final two races of the 2018-2019 NSW 18ft Skiff Championship.

With the points from Sunday's races to be added, and each boat's worst performance over the five races to be discarded, the Championship is still wide open for many teams.

On present form, Smeg appears the team to beat. If she can retain her points advantage, it will be a great return to the 18s by her skipper, Michael Coxon.

Coxon took a year off from sailing the 18s after winning his third JJ Giltinan Championship in 2017, but a return this season with the Smeg-sponsored team, shows he is as sharp as ever and on-track to go for a fourth JJ victory in March.

Coxon joined two of the 2016 JJ Giltinan champions Mike McKensey and Ricky Bridge, on Smeg, and the team clicked immediately.

With such a battle for the championship honours, Sunday's two three-lap windward-return courses are sure to provide spectators with some close action-packed racing.

Each placing in Sunday's races will be critical to the overall pointscore for Smeg, Asko Appliances, Bing Lee (Micah Lane), Yandoo, Winning Group and Finport Finance.

Live streaming is available at: https://www.18footers.com.au/18-footers-sailing/18-footers-tv/

NOTE: The Australian 18ft Skiff Championship begins Sunday, 20 January and will be sailed over nine races, concluding on Sunday, February 17.

The JJ Giltinan Championship will be sailed on Sydney Harbour from 2-10 March.