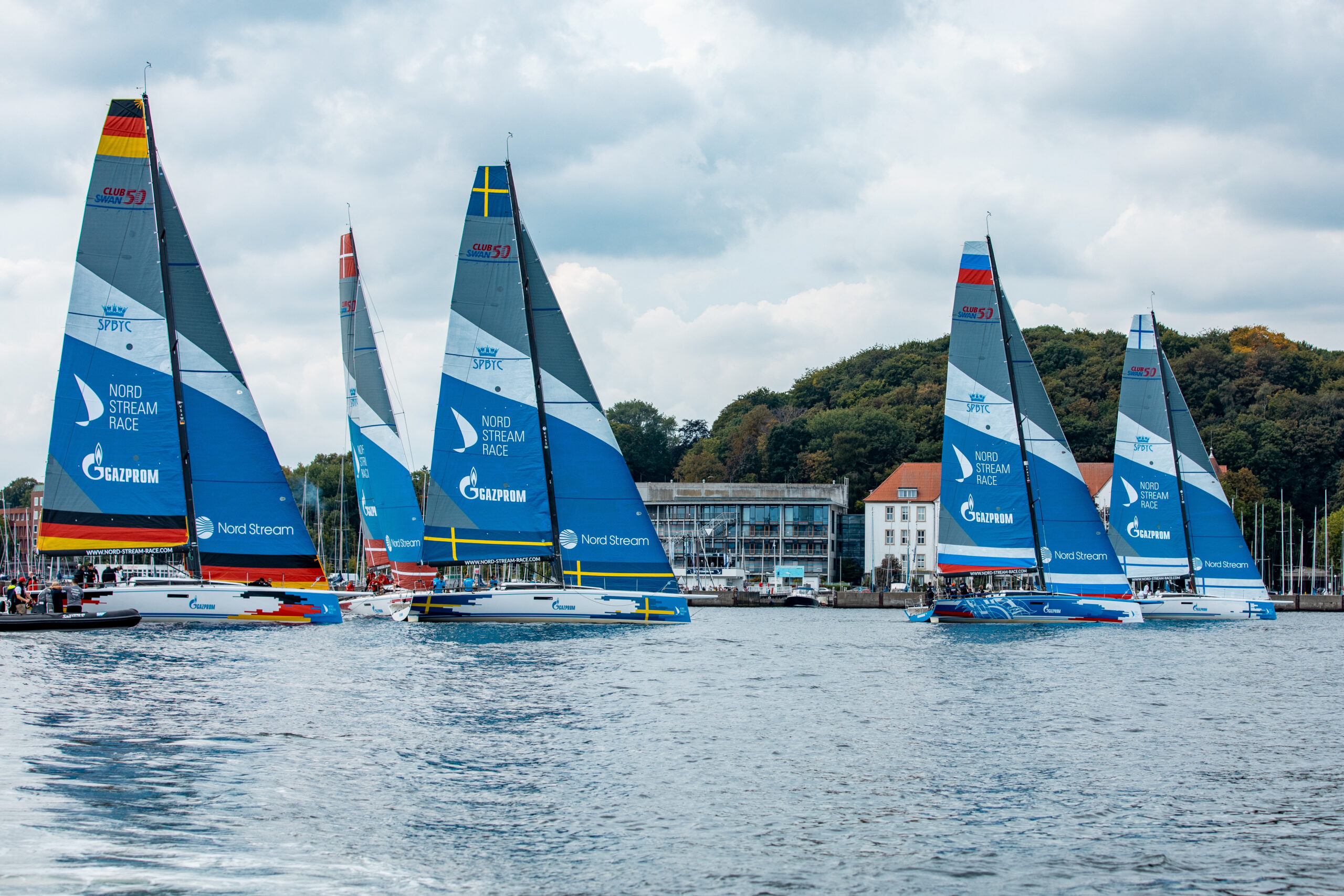 The fleet are on-track to Copenhagen. Pic - Nord Stream Race

On Monday afternoon, the five teams of the Nord Stream Race set out on their first leg from Kiel to Copenhagen.

This marked the end of the crews’ inaugural event as part of Kiel Week. On Saturday and Sunday, the teams competed against each other for the first time in Inshore Races on the Kiel Fjord, Germany. Winning the inshore competition by a small margin was the Russian team from St. Petersburg Yacht Club.

In Kiel, crews sailed in late summer conditions in four inshore races for the first prize for the best team in Kiel. With two races won, the Russian team took first place, winning the tiebreak ahead of the Danes from Aarhus Sejlklub. Third place went to the Finns from Esbo Segelförening.

“These were exciting and very close races on the Kiel Fjord. It was a successful start for this unique regatta across the Baltic Sea. We have seen a very high level of competition, with impressive team spirit. I am looking forward to the coming days and wish all teams good luck”, said Alexey Zaytsev, Managing Director of Nord Stream AG, the company which along with Gazprom supports the regatta that runs along the route of the trans-Baltic pipeline.

Firing the starting signal in front of the Kiel Yacht Club, Alexey Zaytsev sent the five teams on their way, as they set out on the longest offshore regatta in the Baltic Sea. The sailors will race to stopovers in Copenhagen, Stockholm and Helsinki on their way to Russia. Ahead of them lie 150 nautical miles to Copenhagen with only light winds forecast for this first offshore leg. Under these challenging conditions, the race to Copenhagen is expected to last 30 hours.

The atmosphere on the 15-meter ClubSwan 50 racing yachts is excellent. After the Nord Stream Race had to be cancelled last year due to Covid-19, all the participants are highly motivated.

A remarkable feature of the ninth edition of this race through the Baltic Sea is the low average age of the crews: 60 percent of the sailors are under 30. This is unusual in offshore sailing which tends to reward experience, but this year the youngest participant is only 17 years old.

There is another special feature of the first leg. Four women, two with the Swedes and two with the Finns, are competing on the leg to Copenhagen. “This is my first offshore race ever,” said Rebecca Netzler, tactician on the Swedish boat. “But we know where the finish line is and we are a great, diverse team with some very experienced sailors. I look forward to the great challenges of the next two weeks with excitement, anticipation and a lot of respect.”

Over the next two weeks, the sailors face exhausting days. With the beginning of autumn, the Baltic Sea can show its inhospitable side. High levels of physical and mental high performance will be essential. For all these reasons, the Nord Stream Race promises to be a highlight of the 2021 sailing season.

For the results and more information, see: www.nord-stream-race.com