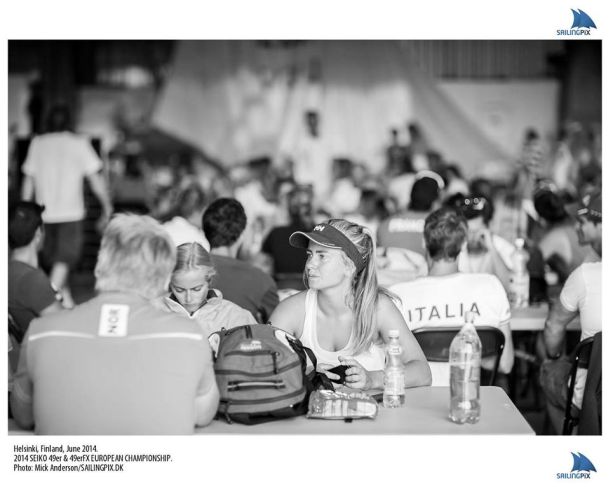 There was no wind in the morning but it was forecast to be hot inland so there was hope for a sea breeze. Some clouds formed over the city in the early afternoon however, so that killed any hopes for the day.

Of note from Day 1, Dylan Fletcher and Alain Sign have repaired their boat and done some testing. They expect to be able to race and will now have their entire regatta riding on tomorrows racing. Fortunately, the forecast is for 20 knots of wind all day, so everyone in Finland is hopeful for a full day.

Many of the top sailors are on the outside of the top 26 Gold Fleet Cut off, so the final day of qualifying will be critical.

The Magic Marine Morning Show has four guests tomorrow. Three of the worlds top coaches and the 49er class president will be lead by Beau Outteridge through some of sailing’s hot topics.Ian Barker
Ivan Bulaja
Emmett Lazich
Marcus Spillane

Check out the show from Day 2 when Erik Heil and Matt McGovern were on: https://www.youtube.com/watch?v=sYEPgnmwWXM