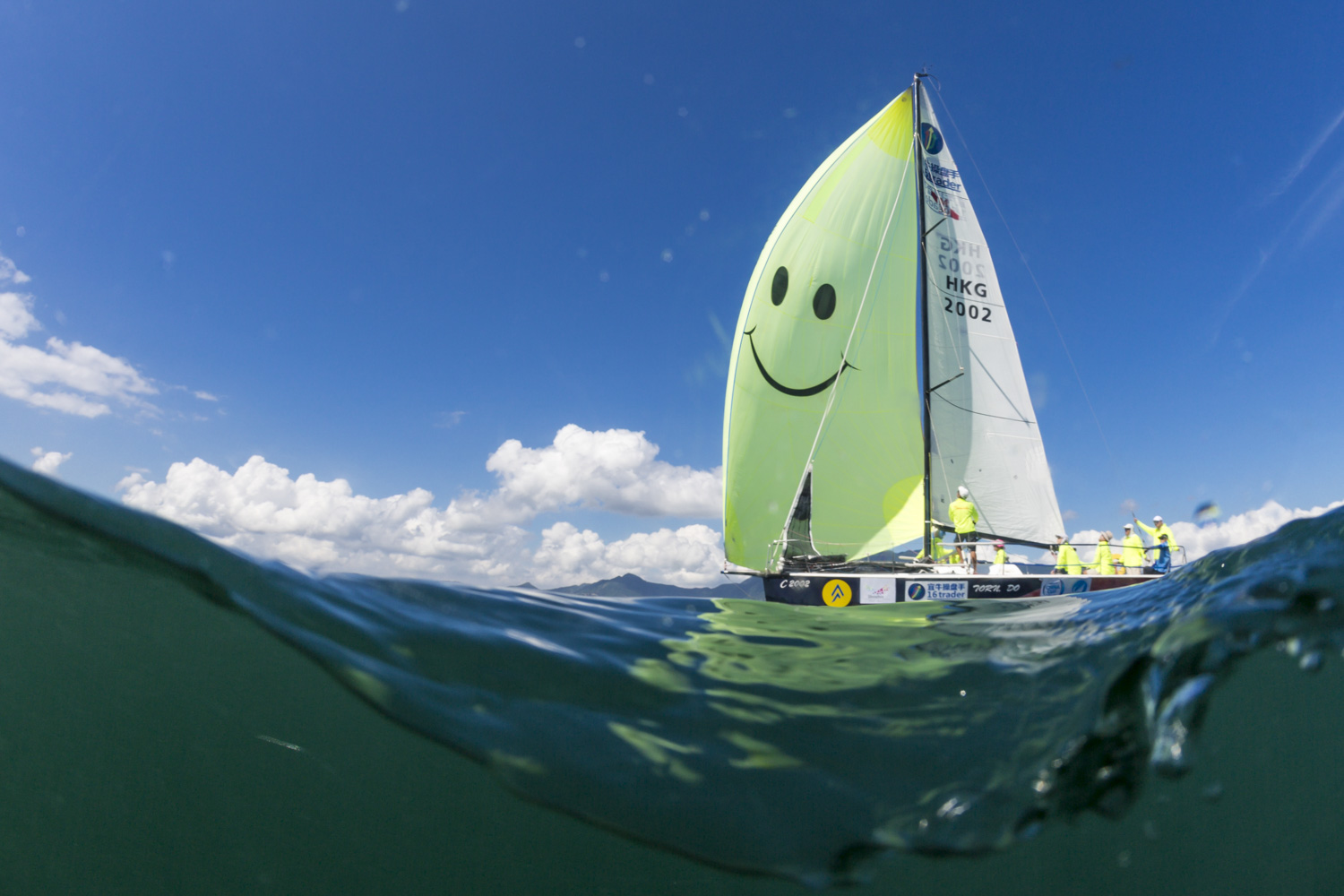 A lack of breeze meant no racing on day two of the China Cup International Regatta on Friday. The 138 entries, from 38 regions and nations across the world, were hoping to get started on the inshore, round-the-cans racing on Friday but principal race officer Simon James was given little choice but to abandon for the day after the wind failed to materialise across Daya Bay.

The outlook for the weekend looks a lot better as the final effects of last week’s Typhoon Haima dissipate. The forecast is for moderate north-westerlies on Saturday, which will bring a smile to the faces of the sailors gathered in Shenzhen.

Nick Southward and his crew on J-109 Whiskey Jack are desperate to put in another strong showing in IRC Division B, and with just two days of competition remaining, they know it’s time to step up to the plate. The Hong Kong skipper says his crew has been working hard to cram in some practice around a busy schedule of adventure veterinary dentistry, and claims they have set their teeth in determination to defend the title. According to crew member Alec ‘Slow Hand Drill’ Tracy: “The competition is getting tougher and tougher every year. It's like trying to floss an angry polecat when you're out of nitro. You just have to grab hold of him by the throat and choke him till he stops fighting.” If Whiskey Jack proves successful in defending the title, it won’t be long before Southward and his crew are three sheets to the wind at Sunday’s prizegiving.

The competition is almost as aggressive in the Beneteau 40.7 fleet, with some of the best in the world competing in the one-design fleet of local charter boats. Chris Steele is steering Emirates Team New Zealand’s entry in the 40.7s, Yiihua & Pocket Team New Zealand. “The 40.7 fleet at the China Cup is awesome one-design racing,” says Steele, one of the world’s top ranked match racers and the current New Zealand National Champion. “It’s quite hard to get that level of racing in the world unless you're competing in a high budget circuit like the TP52s or RC44s. Providing low-budget, high-quality one-design racing is something that the China Cup does really well and we're fortunate to be a part of it.”

The Kiwis are here in force. Former 470 World Champion Simon Cooke is calling tactics on board Black Baza, which sailed a blinder of a Passage Race on Thursday, when Anthony Root’s Ker 42 won line honours ahead of the bigger and faster boats in the fleet. Cooke is working alongside another top New Zealand 470 sailor Jo Aleh, recently returned from the Olympics where she won a silver medal to go with the gold she won four years earlier in London. “Jo is looking to build up her experience in big boat racing because she’s hoping to take part in the next Volvo Ocean Race,” said Cooke. “Asia is an awesome place to build up that kind of experience, and Jo made some great calls yesterday. She’s picking up the navigation game very quickly.”

If there’s any consolation to an early finish from today’s no racing, it’s that the sailors get more time to enjoy the evening’s food, drink and entertainment at the Sheraton Hotel Dameisha. But no one can afford to push the boat out too far, as Saturday is going to be a long and important day’s competition on the water.”