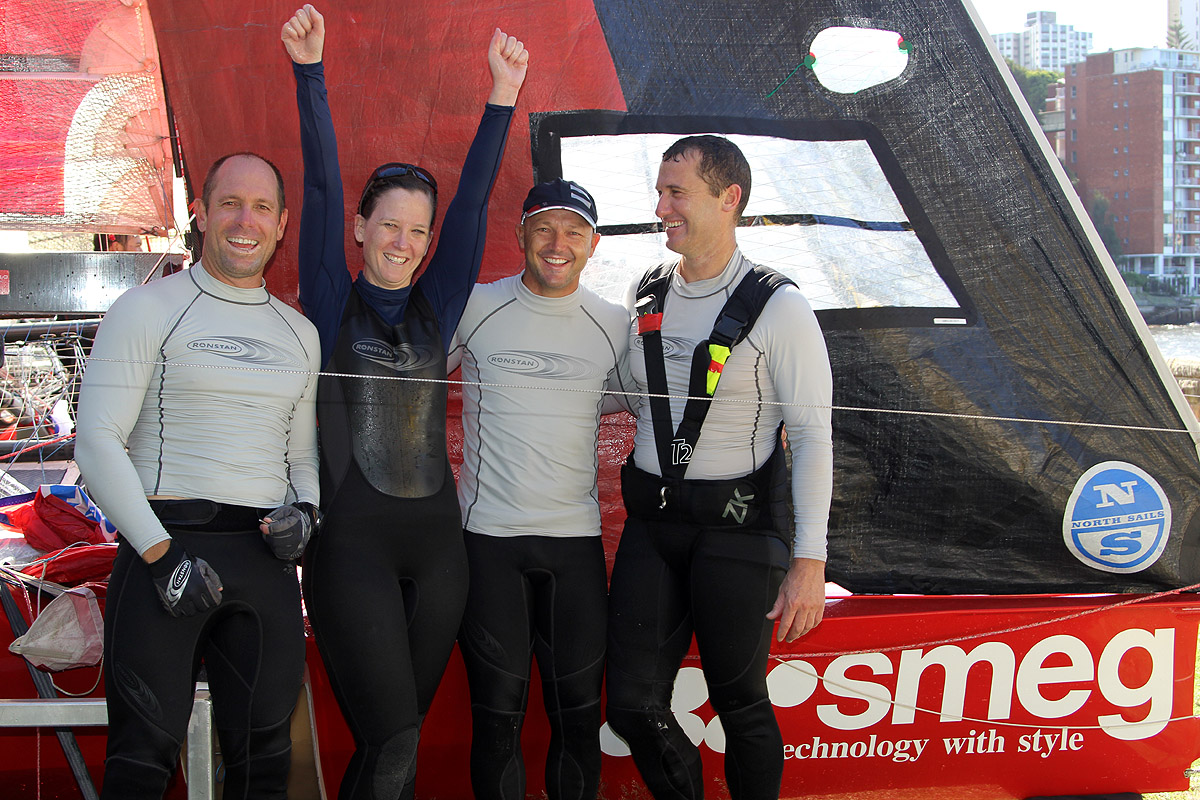 Nicole Johnson with the rest of the winning Smeg crew. Photo Frank Quealey.

Nicole Johnson  became the 2017 Queen of Sydney Harbour when she crewed on Smeg to win the annual Queen of the Harbour, sponsored by Hunt, which was sailed in 17-knots North East wind today.

Smeg (Lee Knapton, Ricky Bridge, Mike McKensey, Nicole Johnson) came from behind to take the lead just a few metres from the finish and take the honours by 16s.

Compassmarkets.com (Keagan York, Matt Stenta, Angus Williams, Jodie York) led for the entire race, until Smeg’s brilliant finish, and had to be content with second placing.

Nicole Johnson was excited with her victory:  “I have been trying for a few years and had a couple of disappointments, but this win makes up for the previous bad luck. “

The freshening North East wind and a clear sky was a perfect setting for the queens to enjoy the thrill of 18ft Skiff racing.

Next Sunday’s race is Race 12 of the Club Championship and the handicap section is for the Commodore Cup. The Australian 18 Footers League will have its usual Spectator Ferry available to follow all the action, leaving Double Bay Wharf, alongside the clubhouse, at 2.15pm. Next Sunday’s race is also the final race of the 2016-2017 Season.