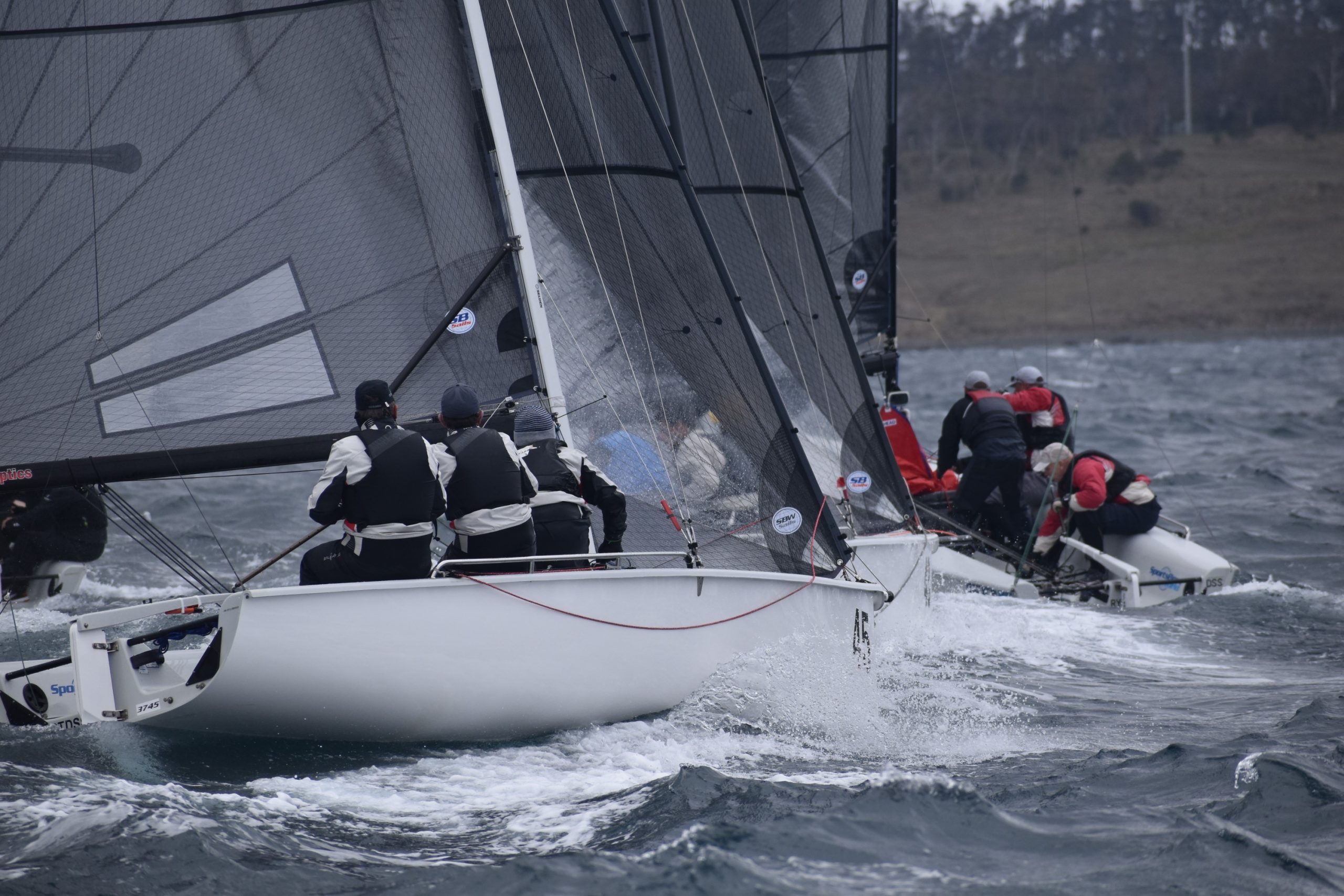 Coping with the swell while remaining focused - Jane Austin pic

Brett Cooper, the 2017 champion, sailing with Darren ‘Twirler’ Jones and Nick Corkhill, had a strong start to the day, winning the first race in convincing style with a big lead on the rest of the fleet.

Cooper was across the finish line when a 50-degree wind shift brought the finishing fleet to a standstill in 8 knots of breeze. Race Officer, Ian Ross, had all but ordered his team to reset the course when the prevailing conditions returned and remained for the rest of the day.

Unfortunately for Cooper, his fortunes changed when a protest, which was resolved through arbitration, cost him a 30 per cent penalty. It dropped his team from first to fourth place overall, lifting Rogers from second to first.

Victoria’s Chris Dare (Ambition), was also in the protest room after some tension at the bottom mark in Race 2, which resulted in Dare being disqualified.

Paul Burnell (Honey Badger) had what appeared to be a glamour start in Race 2. However, the Race Committee saw it differently, a UFD costing Burnell the race which was won by Fraser Read (Pinch). Burnell recovered well to take Race 3.

Series standings at the end of Day 1 have Rogers in first place on 12 points, Brett Cooper in second place on 15 points and Phil Reid (Mind Games) in third place on 18 points.

A highlight of racing was the impressive work of the youth teams. In equal fourth place is Will Sargent (Taz Racing Team) and Charlie Goodfellow (Obi Kenobi) whose crews are relishing the intensity of one-design racing in this world class fleet.

Felicity Allison (Cook Your Own Dinner) is leading the Women’s Division, while Rogers is also leading the Masters’ Division.

Ross and his race team will aim for five races on Sunday to take advantage of similar conditions to the first day of racing.