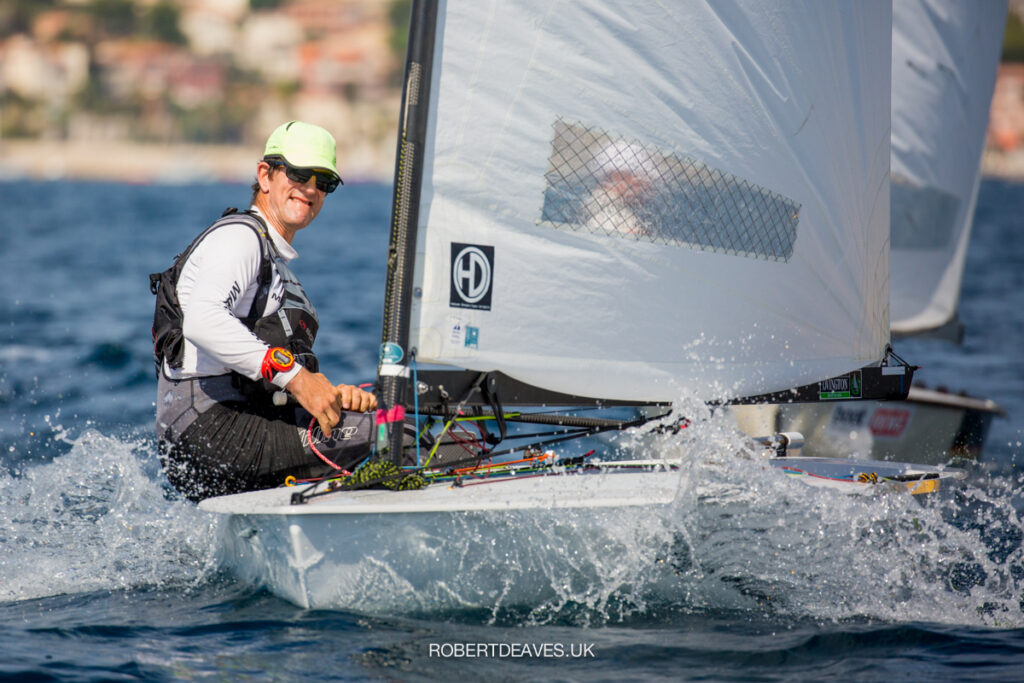 Nick Craig won the event with one race to spare. Pic - Robert Deaves

The sailors battled it out in light winds on the final day. Pic - Robert Deaves 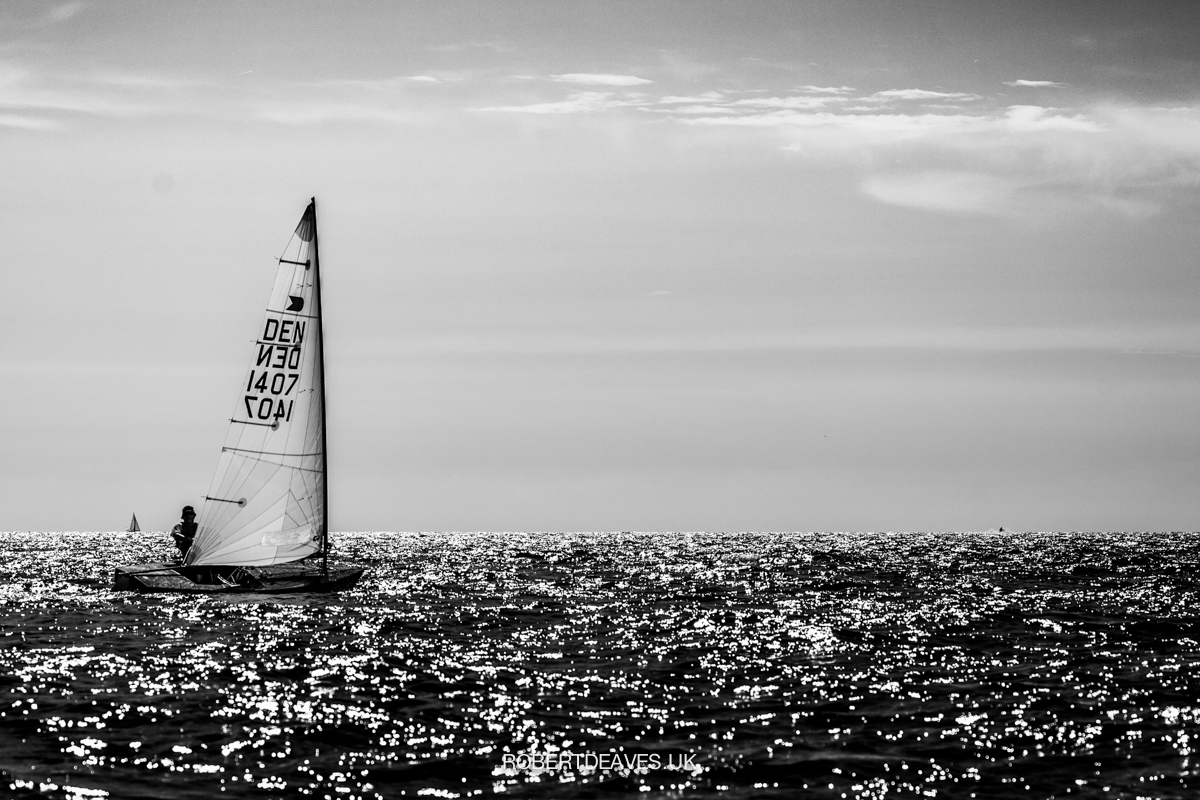 Bandol produced some great racing conditions for the final day of the inaugural OK Dinghy Autumn Trophy, hosted by the Société Nautique de Bandol, on the sunny Mediterranean coast of France.

Two more races were sailed on Saturday in 6-12 knots and brilliant sunshine. Laurent Hay, from France, made the best of the day with a 2,1 but it was Nick Craig, from Britain, with a 1,2, who took the event from Greg Wilcox, from New Zealand, and Hay.

Last day hangovers were very much in evidence after the fantastic event dinner the night before, which ended very late in various bars around the ever-heaving Bandol waterfront.

Overall, Craig was dominant throughout the event with five race wins out of seven races, and rarely made a mistake. Hay, in his first international OK Dinghy event, showed some great speed at times, but probably needs to work on his strong wind gybing after failing to finish one race after capsizing.

On Saturday the wind was slow to start, with a short postponement onshore. Race six was sailed in 6-8 knots with Hay leading the charge on the right from Tim Petetin. However he let Craig escape to the left on the second beat and paid the price. Craig won from Hay and Brit, Andy Dalby, who was sailing well in his first OK event.

Dominating the final race, Hay was again fast out of the start, but this time led all the way. Along with Wilcox and Craig, these three separated from the fleet and sailed their own race. Wilcox smoked past Craig on the second beat, but Craig passed him again on the downwind.

Yet again the fleet returned to the clubhouse on the idyllic sandy beach, with free beer and rosé laid on with more snacks. Any club would struggle to be better hosts. The hospitality was genuinely amazing.

Going into the final day, realistically only Hay or Wilcox could have taken the event from Craig, but the five time world champion had it wrapped up with a race to space. He sailed the final race anyway as it was “just so good out there.”

Rounding out the event with a second race win, top Finn Master Hay, proved he will be a force to be reckoned with in the future. He is one of many Finn sailors either switching to the OK Dinghy, or having a second boat, for the great competition, and the class’s great social competence, which is famous worldwide.

Event winner Nick Craig said, “I’ll be back next year if I can, unless I find anywhere better to go sailing, though I might spend the rest of my life looking…it’s been fabulous with great sailing, free beer and rosé all week and fantastic food.” Not only did the visitors have a great time on the water, they also found it almost impossible to exchange money for beer and rosé over the bar, which added to the huge attraction of the event.

At the prizegiving overlooking the Baie de Bandol, Nick Craig was presented with the Autumn Trophy, a half model originally presented by the International Sailing Federation in 2007 to commemorate the 80th birthday of HM King Bhumibol Aduladej of Thailand, who built and sailed OK Dinghies in the 1960s and 1970s. He famously won the gold medal in the class in the 1967 South East Asia Games.

This beautiful half model of His Majesty’s OK Dinghy, TH27, ‘Vega’ was disposed of by World Sailing during the 2017 office move from Southampton to London, but was offered to the class for safekeeping. The class is very proud of this heritage and very happy to use the ‘King of Thailand’ Trophy for its autumn event.

The inaugural Autumn Trophy may have been small in numbers but everyone who came had a great time on and off the water. It was also the penultimate event of the 2021 Art of Racing Euro Series, which concludes in a few weeks time at the German Nationals in Wismar, where there are already nearly 70 entries.