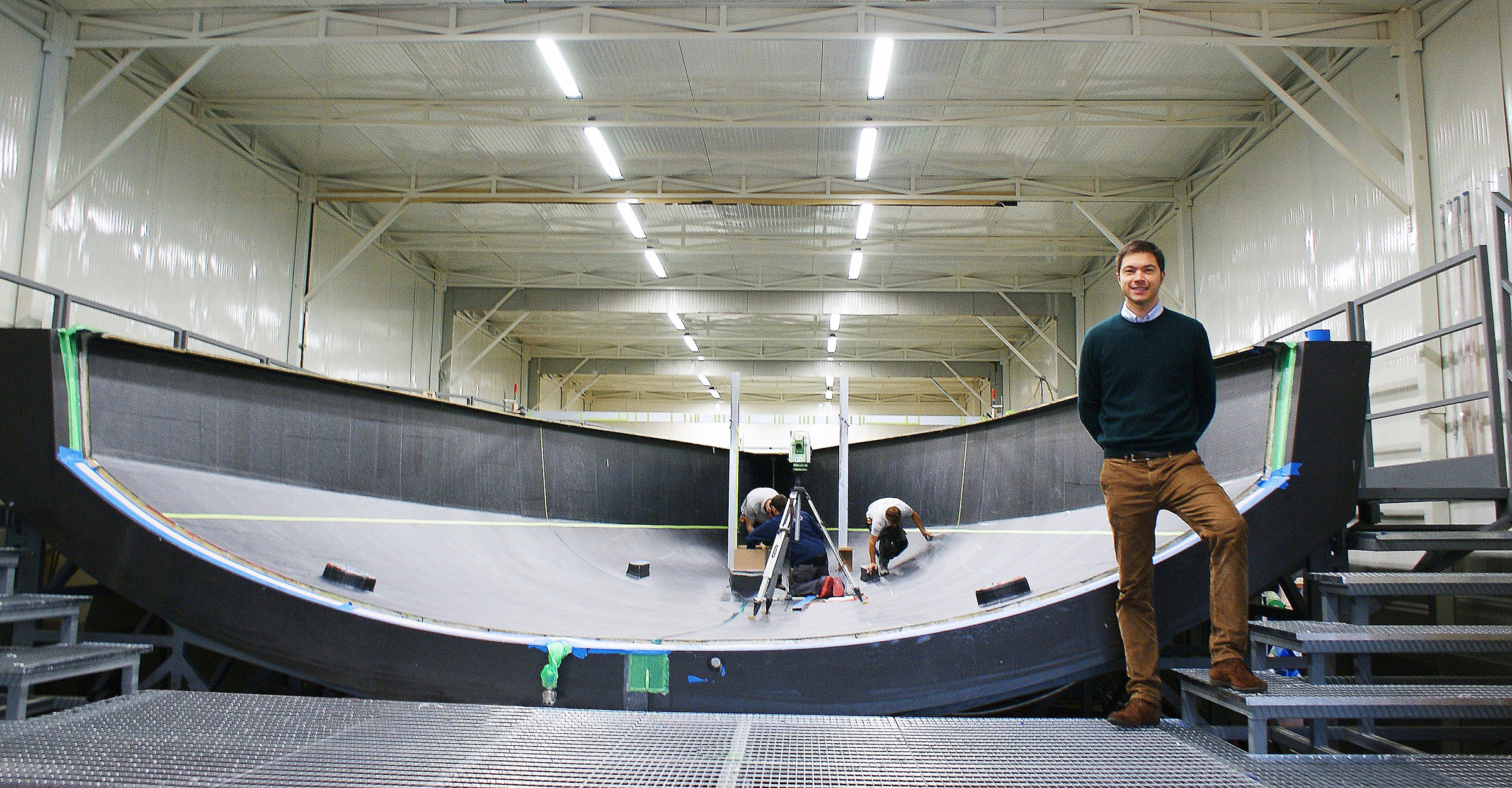 While final preparations and team announcements continue for the Volvo Ocean Race 2017-18, the event’s leadership team are working in parallel to map out the race’s future. The edition after this one, the 14th, will be contested in brand new One Design racing yachts designed by France’s Guillaume Verdier and built under the direction of the Persico boatyard in Italy, race organisers announced today.

Verdier has joined the Volvo Ocean Race Design Team and is currently working with the race on the crucial issue of whether the new boat will be a monohull or multihull. The final decision on the proposed designs will be announced on 18 May at an event in Gothenburg, the home of the race’s owners and title sponsors Volvo.

Verdier is the ‘quiet’ achiever who has been involved in most of the leading designs right across the sport in recent years – from giant multihulls like Gitana’s Maxi Edmond de Rothschild, to be launched in July, through Team New Zealand’s current America’s Cup flying multihulls to maxi-monohulls like Comanche, and the leading Vendée Globe IMOCA 60 foiling projects such as Hugo Boss and Banque Populaire VIII.

The monohull-multihull question is just one of a series of key decisions that will be finalised in the coming weeks and announced at the 18 May event in Gothenburg, Sweden. Together, the announcements will form the most radical shake-up of the Volvo Ocean Race since it began life in 1973 as the Whitbread Round the World Race.

“Conceived in 2011, the current fleet of boats was built to be competitive for two editions,” said Volvo Ocean Race CEO Mark Turner. “We need to move now on the future boats to keep all our options open on boat type and design.

“We’re excited to work with someone as talented as Guillaume Verdier – who will be a perfect complement to the wider Volvo Ocean Race Design Team, and the input we plan to have from a wider group of professional sailors and industry partners.”

On the decision to award Persico the lead role in the building of the boats, rather than the Consortium approach used for the Volvo Ocean 65s, Nick Bice, the race’s Chief Technical Development Officer, said: “The Consortium did some good work last time around to produce such matched boats, but we prefer to contract this time with a single builder, who in turn will undoubtedly sub-contract a number of other builders around the world to achieve the build in time and to budget. Persico have been a strong partner over these past few years, and we are delighted to be working with them again.”

The decision to continue with a One Design concept follows the introduction of the Volvo Ocean 65 monohull for the Volvo Ocean Race 2014-15, which produced the closest racing in the history of the event.

The upcoming edition, starting on 22 October 2017 in Alicante, will use the same Volvo Ocean 65 boats that have since undergone a one million euro per boat refit process in the race’s Boatyard facility in Lisbon. These boats were designed to be fast enough and reliable enough to complete at least two laps of the planet at the highest level of professional racing, in a fully competitive and equal state.

The fleet of seven existing boats from 2014-15 will be supplemented by a brand new but still identical Volvo Ocean 65, commissioned by team AkzoNobel, for the 2017-18 race.

With more than six months still to go before the start, four teams have so far been announced. The remaining teams will be revealed over the coming months.

The race opted to go with Verdier after inviting input from half a dozen industry-leading yacht designers, including Farr Yacht Design, the team that kick-started the One Design era in the race by delivering the successful Volvo Ocean 65 project.

Verdier’s goal will be to lead the Volvo Ocean Race Design Team to build a new fleet to the same exacting levels of matched One Design achieved with the current boats, but very much connected to the big evolutions in foiling technology the world of sailing is currently seeing.

“We’re bringing together a wide-ranging depth of experience from events such as the America’s Cup, offshore multihulls and IMOCA Open 60 projects,” Verdier explained.

“We are starting from a blank page, and whatever kind of boat we design, whether it’s monohull or multihull, we will learn a lot from this process of working together.”

He continued: “I think sailors just want to have fun, and are attracted to a new way of sailing. In the Open 60, for example, we made something which was quite radical, but also very safe, and that’s key for the Volvo Ocean Race.”

Marcello Persico said the company was delighted to be building the next generation of Volvo Ocean Race boats.