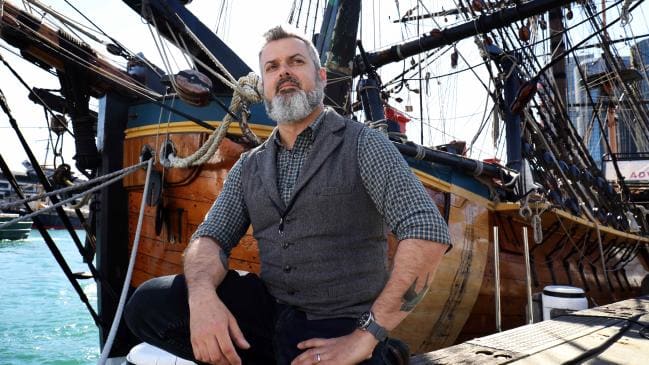 The Australian. By Cameron Stewart.

For more than two centuries the waters of Newport Harbour, Rhode Island, have hidden the ghostly remains of Australia’s most historic ship.

Now a team of Australian ­divers is preparing to launch the most important expedition yet to solve one of the nation’s great maritime mysteries, the resting place of Captain James Cook’s ­Endeavour. They hope the expedition next month will confirm which one of a small group of ships sitting on the bottom of Newport Harbour is the Endeavour.

The discovery would close the circle in the story of Cook and Australia, and end a remarkable 25-year hunt for the ship.

“If the stuff we are going to do on this expedition works then there is going to be some exciting information coming out,” says marine archaeologist Kathy ­Abbass, who has overseen the search for the Endeavour from her Newport home since the 1990s. “We can’t yet say it is the Endeavour, but we are closing in.”

The fate of the Endeavour has long confounded historians because the ship disappeared from naval records after it was sold to a private owner, John Wilkinson, in 1775 following Cook’s famous 1768-1771 voyage. It was renamed the Lord Sandwich and in 1999 Dr Abbass found archival records in Britain saying the ship was one of 13 transports scuttled in Newport Harbour in 1778.

Read the full story at The Australian