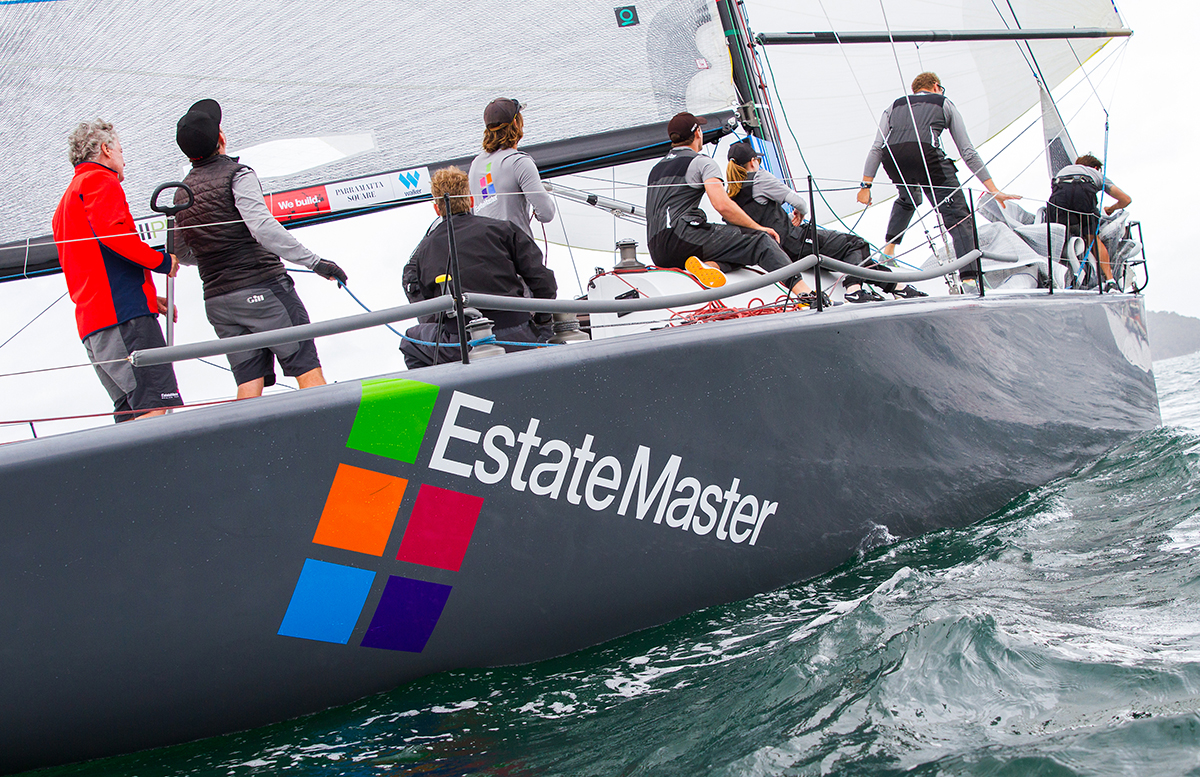 When the Sydney and Melbourne Farr 40s head to Newcastle this weekend, January 21-22, 2017, to join the local favourite, crews will race on open waters outside Newcastle Harbour, something they have tried for all season.

The national body Australian Sailing gave the class pre-season approval to race offshore in a controlled environment, but each time they’ve tried to incorporate an offshore day within a weekend series, high winds have kept the fleet confined to inshore racing.

Newcastle Cruising Yacht Club (NCYC) is rolling out the red carpet for the visiting boats and local Farr 40 owner and business owner Joe de Kock has been instrumental in the planning. “The yacht club is very enthusiastic about hosting the fleet – it’s a big deal and should create some local interest. It’s the first time this fleet has come to Newcastle,” he said.

Like tidying the house for guests arriving, de Kock has made the time to go over his Farr 40 Good Form and take a lot of the heavy safety gear off.

“The previous owner had the boat up to Cat 1 for offshore racing. When we were at the Pittwater regatta in December we had the chance to look at the other boats and knew ours was radically heavier. We’ve since taken a lot of weight out and made it similar to the other boats, so we should be closer in speed this series,” de Kock hopes.

His daughter Karma Randall, a regular crewmember, will be back on board Good Form at the Newcastle One Design Trophy having recovered from a broken leg sustained in a match racing accident.

Opening season points went to Lang Walker’s Kokomo at the One Design Trophy conducted by Middle Harbour Yacht Club in October then at the Pittwater One Design Trophy in December Martin Hill’s Estate Master prevailed. Among Hill’s crew for the coming series is the newly crowned Viper catamaran world champion, Shaun Connor, who alongside skipper Jack Felsenthal beat an international field last Sunday racing at Geelong in Victoria.

Returning to the starter’s list is Sam Hill with Forty and on board will be Rio 470 men’s silver medallist Will Ryan, whose grandfather was a NCYC founding member.

The Newcastle OD Trophy is the final lead in event to the NSW Farr 40 State Title in February and National Championships: John Calvert-Jones Trophy in March.

Locally based race officer Ted Anderson will conduct the eight race series with four races scheduled per day beginning at 1100hrs on Saturday and 1000hrs on Sunday, to give the visitors more time to return home following the trophy presentation.