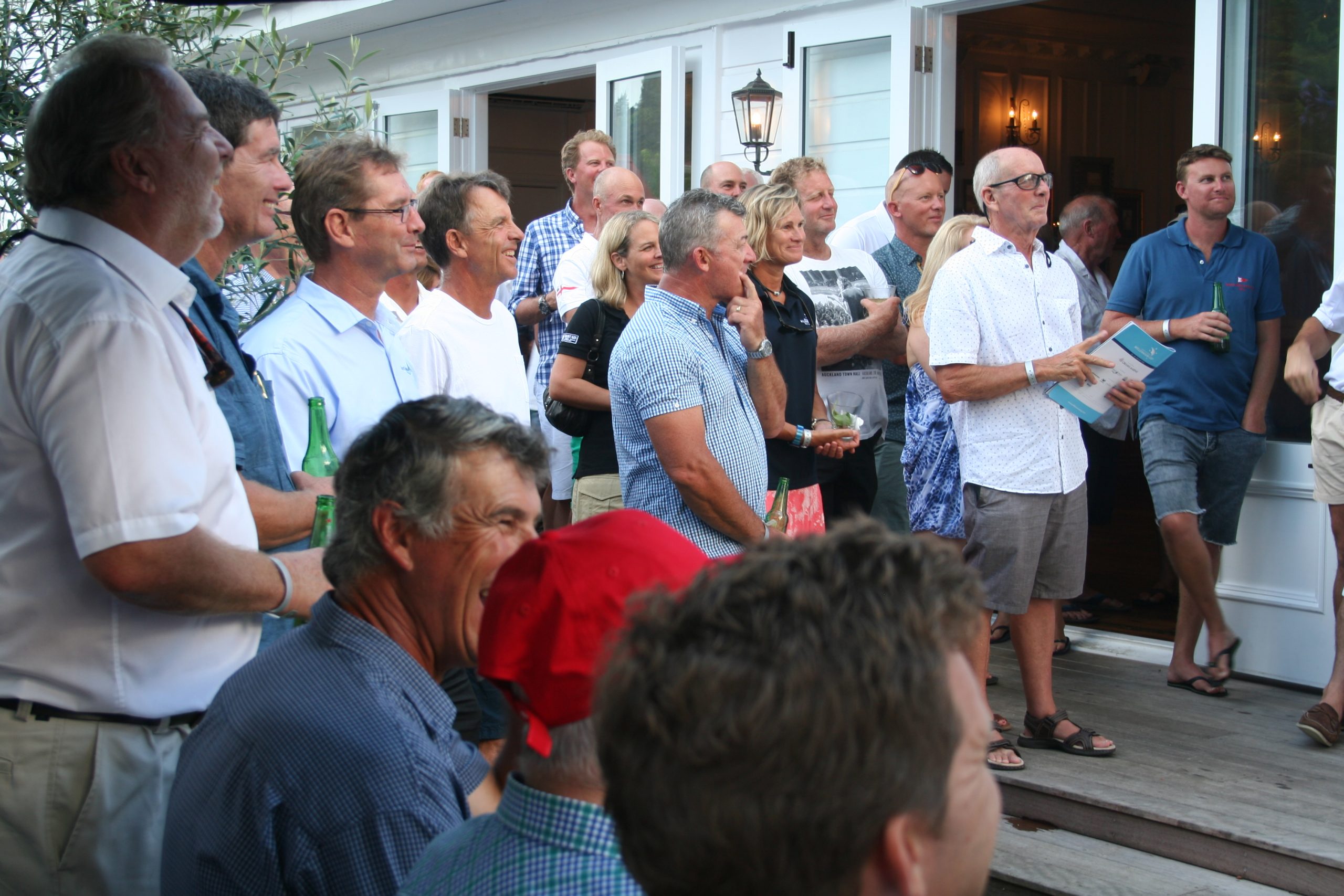 The world’s most southerly superyacht regatta is officially underway, marked by a welcome function hosting owners, crew and sponsors of the event staged in New Zealand’s Bay of Islands.

With the well-known voice of sailing stalwart Peter Montgomery ringing across New Zealand’s Bay of Islands, the first superyacht regatta of 2018 was officially declared open tonight.

Kicking off festivities was a welcome function on the edge of the water where the fleet was formally greeted to the regatta at the Duke of Marlborough; an historic hotel renowned for entertaining sailors since the birth of the modern New Zealand nation.

Over the next week, the yachts will race in one of the world’s great natural playgrounds, competing on challenging courses which weave around some of the 144 islands of the Bay of Islands.

“We’re seeing more and more yachts putting the world’s most southerly superyacht regatta on their bucket list. As we welcomed our fleet this evening, the buzz in the air was palpable and we’re looking forward to seeing that grow in coming years as more vessels commit themselves to the challenge,” says organiser, Stacey Cook.

Superyacht visits to New Zealand are slated to steadily increase as the sailing nation builds towards hosting the America’s Cup in 2021, with that growing number set to bolster the NZ Millennium Cup fleet.

The regatta is intrinsically linked to the America’s Cup – the first edition of the NZ Millennium Cup was raced in 2000 alongside the 30th America’s Cup in Auckland which saw the largest ever fleet of superyachts to visit New Zealand shores.

With the sun sinking into the water beyond Russell, guests were treated to Mount Gay Black Doris Plum cocktails, Allan Scott Wines and Rogue Society gin while they compared tales of past glory and future feats.

Competition is always fierce amongst the yachts which reach the regatta in this special part of the world; and 2018’s edition gives them an extra opportunity to flex their muscle.

Entry Tawera has brought six rowing skiffs to the regatta and will be challenging crew of other yachts to a race in the boats off Russell’s beach with the grand prize, a 20 litre keg of Mount Gay Rum. With the highly competitive nature of the entries, spectators are expecting this smaller race to have all the ferocity to be exhibited on the main course.

The regatta begins in earnest tomorrow with two races expected to take place in order to make the most of the conditions. Entries Silvertip, Janice of Wyoming, Sassafras, Tawera, Enso and Ammonite will be taking to the course from 11am, working to a 50% handicap system to ensure close racing.

As a focal point for both the local industry and for the global brands looking for more exposure in the growing market, the NZ Millennium Cup is supported by a number of sponsors, including platinum sponsor Orams Marine, and gold sponsors Smuggler Marine, Bay of Islands Marina, Doyle Sails New Zealand and Servcorp.