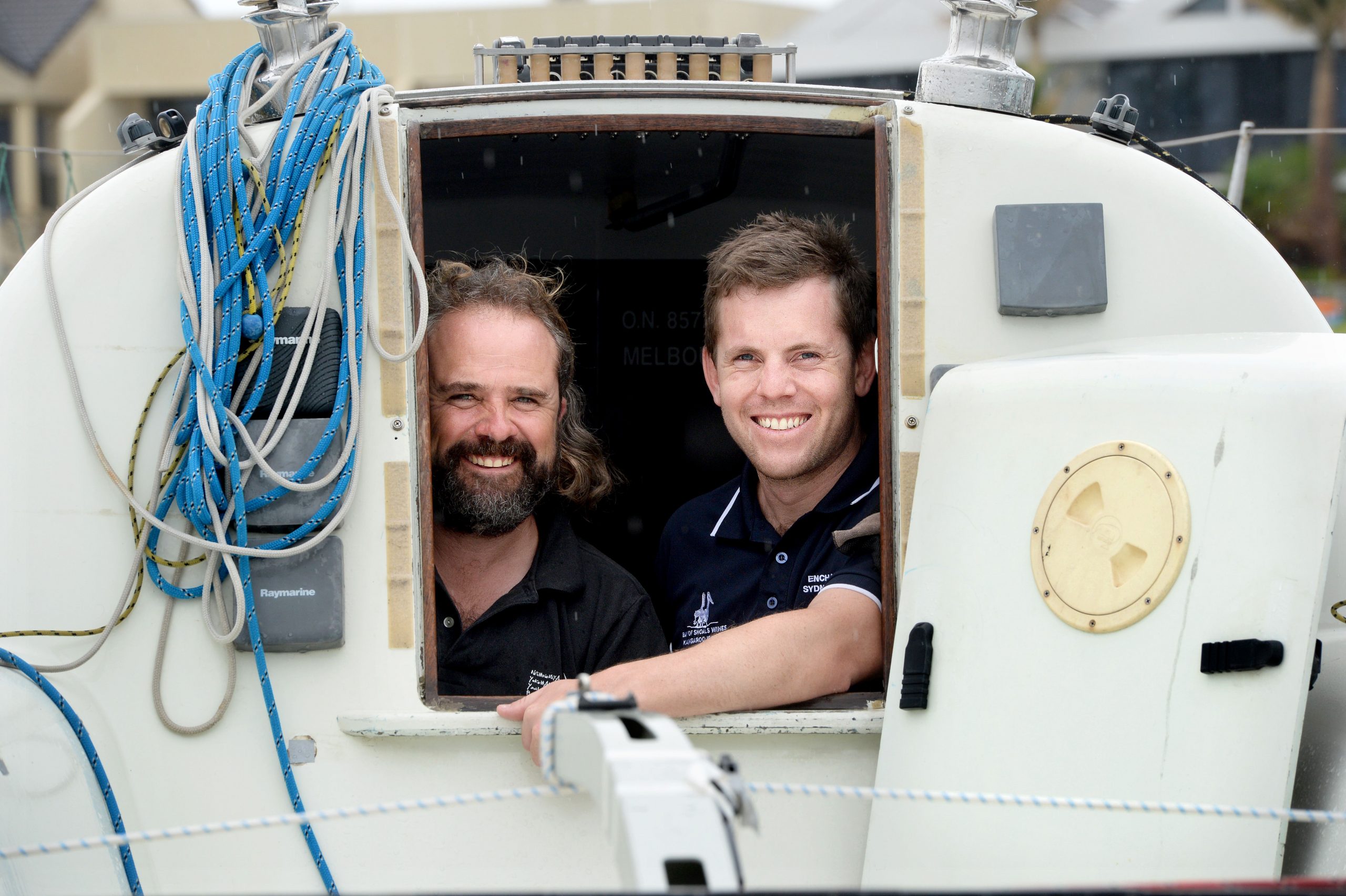 When South Australians Daniel Turner and Tom Crabb race Runaway in the upcoming Sundance Marine Melbourne Osaka Cup, starting in March, a fellow competitor will be taking more interest than is usual.

Keeping an eye on proceedings from Sibby Ilzhofer’s race entry, the Farr/Cookson 47, Dare Devil, will be none other than regular Melbourne-Osaka competitor and Queensland yacht designer, Jon Sayer, who is also Turner and Crabb’s mentor.

You see Runaway is one of the many Jon Sayer designed yachts to have graced the start line of this double-handed 5,500 nautical mile race. Further, Sayer, with crew mate Joel Berg, raced this yacht to third on line to win division in the 2003 Osaka Cup, when the boat was known as Team FGI. So the South Australians have a lot to live up to.

Fast forward. James Ryssenbeek and Andrew McCole purchase the Sayer 11 and renamed her Runaway for the 2007 edition of the race, but fortune was not on their side. Just as the two Victorians had found their groove, the keel parted company with the hull, bringing their race to an end.

Now Turner and Crabb will race this Sayer designed boat against its designer who, by the way, won the1999 Melbourne Osaka.

Well, Crabb at least, has some experience of the longest ocean race emanating from Australia. He co-crewed the lone South Australian entry, an Adams 11.9m, Southern Light, with Trent Justice in 2007. The pair sailed to the finish in atrocious gales. Both aged 28, they were the youngest in the race. Their performance was a testament of their sailing abilities and confidence.

“When Daniel was talking about doing the race on Runaway, it made me think about going again – on a boat that’s been well built and been there before,” Crabb commented.

Turner, who purchased the boat in 2016, says: “When we took it out of the water, we ended up stripping it right back. We’re nearly there. We spent some time together at sea for a portion of Runaway’s delivery back to South Australia and are looking forward to finishing the boat off and heading to Melbourne for the start.”

On keeping weight down, Turner says, “With this boat, it’s important keeping it light, so we won’t be having any luxuries – we don’t have fridges – we don’t have anything like that. In terms of keeping ourselves cool, I think basically it’s going to be a makeshift canopy.

On his maiden Melbourne Osaka, Turner concedes, “Tom has a good understanding of what it’s like, so I’ve been getting a lot of knowledge from him.”

Crabb responds: “Airflow and shade – that’s what’s important. The fact you are headed north with the sun basically going across you, it’s in your interest to have something rigged up that you can modify throughout the day.”

Although Turner has little offshore sailing experience, courtesy of growing up in the fishing town of Port Lincoln with parents who were already involved in the sport, he has been involved with sailing since a young age. And he believes Runaway will suit the skills developed from many years of dinghy racing.

The South Australian also spent four and a half years in the Australian Army as a Combat Engineer and Combat Fitness Leader, which has instilled a determination to succeed. Add to that a resilient personality, which he believes will contribute to the overall success of the campaign.

Being an avid amateur endurance athlete, in recent years, in 2015 Turner successfully completed the ‘Marathon Des Sables’, a 265km self-supported multi-stage race across the Sahara Desert, considered the toughest footrace on the planet. It wasn’t until after this race that a decision was made to achieve yachting goals, including the Melbourne Osaka Yacht Race.

Crabb brings a wealth of boating experience to the team. Apart from starting a shipwright apprenticeship, he has undertaken many yacht deliveries and competed in major offshore events, including Sydney Hobarts, Sydney Mooloolabas, Melbourne to Hobart and the 2007 Melbourne to Osaka Yacht race.

And although they have only known each other a short time, Turner and Crabb’s personalities have clicked and the pair has become good friends. They are hoping all will translate to winning the Sundance Marine Melbourne Osaka Cup.

Starting off Portsea Pier, the race has a starting window of 18 March 2018, with the main start on Sunday, 25 March and a third start for the faster boats on 1 April. Entries represent Victoria, Western Australia, South Australia, Queensland, NSW, Tasmania, Hong Kong and Japan.