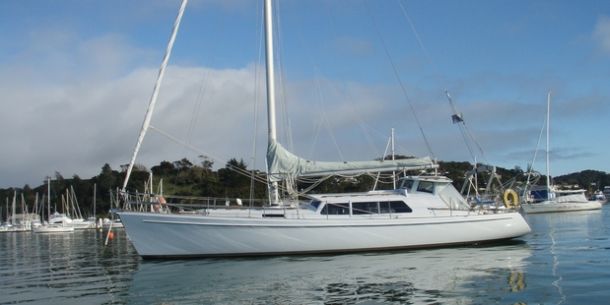 Two New Zealand fugitives wanted in connection with allegations of fraud and sexual assault have been detained by police in Sydney.

Paul James Bennett, 52, and his long-time partner Simone Anne Wright, 38, were on board a stolen yacht that limped into Sydney on Monday night with a broken mast.

The yacht was stolen from the Bay of Islands in New Zealand's north-east a fortnight ago.
Surveillance aircraft captured photos of the yacht approaching Sydney.

New Zealand police had been investigating whether Mr Bennett and Ms Wright were linked to the theft of the yacht, which was suitable for travelling in ocean waters.

A New South Wales police spokeswoman confirmed two New Zealanders had been detained on a yacht at Broken Bay, near Palm Beach, at 9.30pm on Monday.

She said they were assisting with inquiries.