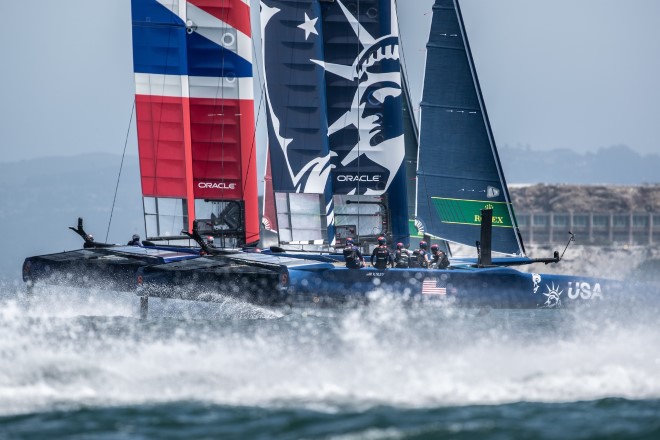 NEW YORK – May 21, 2019 – In just one month, SailGP will bring the world’s fastest sail racing to the East Coast, introducing New Yorkers and visitors alike to a new generation of competitive sailing. On June 21 and 22, New York SailGP will feature six national teams vying for the top position on the leaderboard and fighting for a place in the $1 million winner-takes-all match race later this year.

SailGP hosted its first-ever event in the United States earlier this month in San Francisco. After two days of racing in front of sellout crowds, the Australia SailGP Team beat out Japan to take the win. New York is the next stop for the league’s six teams, marking the third event of SailGP’s inaugural racing calendar. With incredible onshore and on-water viewing opportunities, spectators will be able to witness up close, thrilling nation-versus-nation racing along the city waterfront.

“New York is one of the greatest sports cities in the world and we’re honored that SailGP has the opportunity to become part of this city’s world-class sporting calendar,” said Coutts, CEO of SailGP.

On Friday, June 21, and Saturday, June 22, New York SailGP will take place from 5 to 6:30 p.m. on the Hudson River, just off the Battery and north toward Rockefeller Park, with Ellis Island and Manhattan’s iconic skyline serving as a stunning backdrop. Competing in a total of five short-format fleet races, the top two teams will then face off in a match race finale to determine the event winner on Saturday evening.

To mark the beginning of the one-month countdown to race day, Kirby, Agnese and Morris spent the day in New York City, checking out the racecourse and meeting fans while visiting a number of their favorite places and landmarks throughout the boroughs.

“New York is one of the most exciting cities in the world and we know that we have to bring the heat in order to impress our New York fans,” said Kirby. “With the speed of these F50s, the on-water rivalries, and the stunning backdrop behind us, spectators are going to be blown away.”

Fans in New York will have the opportunity to get a front-row seat for the action with three ticketed options available for on-water race day experiences, offered in partnership with Circle Line Sightseeing Cruises and Classic Harbor Line. Aboard one of three official spectator boats, The Liberty, Hudson’s or Manhattan II, fans will share the Hudson with the world’s best sailors and the six supercharged catamarans, as they take in the adrenaline-filled racing from the ultimate vantage point.

The New York SailGP Race Village will be the best place for fans to experience the racing excitement onshore. Located at Brookfield Place, in Battery Park City, this free-to-the-public event will be the hub for all activity over the race period, offering access to big screens showing live race coverage and commentary, concessions, the official merchandise shop, the awards ceremony, and other athlete appearances and activities.