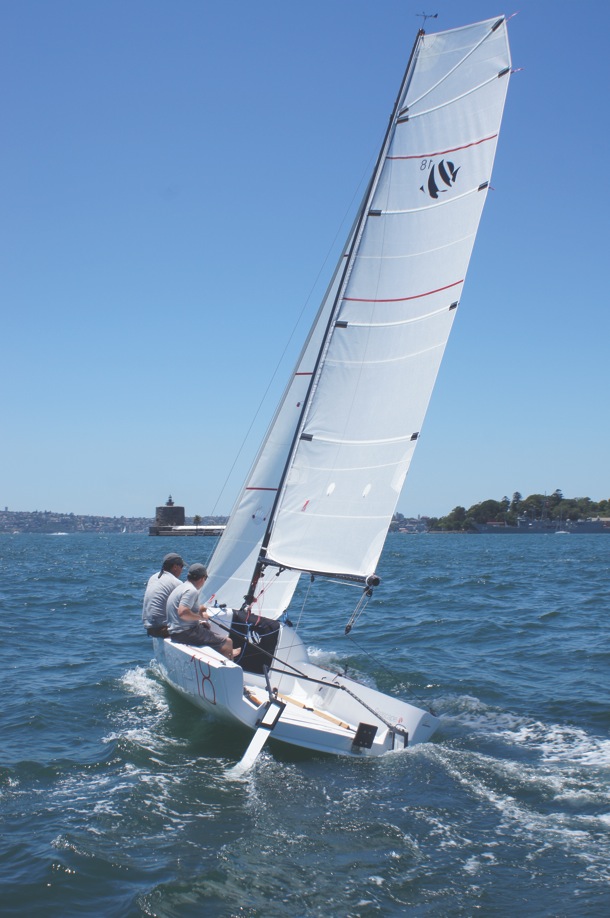 The Sydney International Boat Show is a great opportunity to view the latest production boat designs. As always, importers will have new yachts on display for the very first time in Australia. Here's what you can see (and click on the dots above for the photo gallery):

X-Yachts will have a bit of everything on display at the show. Along with the X-Yacht cruiser/racers, Andrew Parkes is also the agent for Seascape, McConaghy and Bali Catamarans. There will be something for everyone  at this year’s show.

The Xp 38 has been very popular with the cruisers. The performance cruiser offers all the modern comforts, quality deck gear and a high ballast to displacement ratio. The yacht is safe, fast and comfortable.

The Seascape 18 is the trailer sailer that can be pulled up at a beach for camping at night. A Seascape 24 will be arriving in Australia shortly.

The McConaghy 31 is for the racer and will make  her worldwide debut at SIBS. The yacht was designed  for those who want something a bit smaller than the MC38. She is more robust and cost effective than her bigger sister and has been described as basically a TP31.

For the multihull lover, the Bali 4.0 Lounge will also make her debut in Sydney. The cruising catamaran features a open layout with flow through ventilation, entertaining areas, galley and comfortable accommodation.

Multihull Solutions will launch one of the world’s  most popular sailing catamarans at the boat show.  The Fountaine Pajot Lucia 40 is already the shipyard’s most successful model with over 80 sold since late 2015.

Multihull Solutions will also have the MY37 by Fountaine Pajot Motor Yachts for the power boat fans.

The company’s managing director, Mark Elkington believes the models are perfect for the Asia Pacific region. “These two models are ideally designed for Asia Pacific’s cruising conditions and represent two of the best value  for money catamarans on the world market. We expect this will be confirmed with even more orders taken at  the Sydney Boat Show,” said Elkington.
www.multihullsolutions.com.au.

Performance Cruising Yachts will have six yachts from Dufour and Elan on display this year. Matt Hayes was appointed the Australian dealer for Dufour last year and is building the brand’s reputation in the country. “Dufour’s reputation for building quality, fast cruising boats is well illustrated by the three latest models we are bringing to Sydney,” he said.

From the Dufour range, the Grand Large 350, 412  and 460 will make their Australian debut. The Grand Large 310 and 382 will also be on display, this will be  the biggest display of Dufour yachts in Australia.

The Elan S4 will be on display and is perfect for twilight racers with the options for lighter hull, furnishings and a keel stepped mast.

Jeanneau Yachts will have five models on display at this year’s show, including the Sun Odyssey 349. This yacht has the option of three keels  and different cabin layouts to suit the buyer’s needs.

Alongside the SO349 the ultimate cruiser will make her debut– the Jeanneau 54 from the Yachts range. This superyacht is designed to be the ultimate package. The additional options are endless giving the buyer the opportunity to really customise their boat. Also on display will be the Sun Odyssey 419 and 479.

To round off the full Jeanneau range there will be the proven race winning Sun Fast 3200. The 3200 and the larger Sun Fast 3600 are the yacht of choice amongst many of the top racers around the world with podium finishes in the Caribbean 600, Spi Quest and the Fastnet. The R2 version of the Sun Fast 3200 has just been announced with a taller carbon mast, more open cockpit design, and a new straight keel for an optimised IRC rating and reduced drag

Beneteau will have a big display this year of nine boats, including four new models.

The Oceanis 35 has won international prizes and is available in three different models to suit the owner’s needs. If you are looking for something a bit bigger,  the Oceanis 38 offers similar adaptability to the 35 and can be used as a daysailer, weekender or cruising yacht.

The Oceanis 41.1 will make her Australian debut.  This yacht has been designed with performance in mind. The three-cabin, one head model will be on display.

The next step up is the Oceanis 48. This yacht combines the French aesthetic with cruising capability. It features a full chine for extra interior volume, more stability, a large cockpit, built-in cockpit speakers and lighting. There is multiple interior layout options.

The Oceanis 60 will also make her Australian debut at the Sydney International Boat Show. The yacht has a large cockpit with a rear deck which extends the outdoor living space. There is the option for a three or four-cabin interior layout.

Also on display from Beneteau will be the Sense 50 and two new power boats, the Gran Turismo 40 and Swift Trawler 30.
www.vicsail.sydney.com.au.

Multihull Central will have two Seawind models on display along with the Outremer 45.

The Seawind 1160 Lite is consistent with the standard Seawind build since moving production to Vietnam. It is designed as a first-sailor yacht and is lighter than its older sister. The reduction in weight has allowed the price to remain lower.

Two interior layouts are available, three or four cabins, and the saloon is huge and will easily seat six around the vast table.
Also available to view at the Sydney International Boat Show is the Seawind 1250.

The Outremer 45 was only launched a year ago at  the Cannes Boat Show. The cruiser was purpose-built  to sail the world’s oceans in comfort and safety. The  high performance hull reduces passage making time  to maximise the owners time in the destinations.

Ensign Yacht Brokers will have eight yachts from the Bavaria and Nautitech ranges.

The Bavaria Cruiser 34 was designed by Farr Yacht Design and it is the first time a Bavaria of this size has been offered with a twin helm.

Alongside the 34 will be the Cruiser 37. This yacht  will sleep six in the three-cabin version but can be optimised for competitive racing. There will also be the Cruiser 41, Cruiser 46 Style, Cruiser 51 and Vision 42 yachts by Bavaria on display.

From the Nautitech range there will be the Open 40 and the world premier of the Open 46 multihulls. The Open 46 is designed by Marc Lombard and features two steering stations and the options for three or four cabins.

All Boat Brokerage will be displaying two models from the Oyster and Sirena Marine ranges.

The Oyster 545 has been developed from the Oyster 54 but includes several upgrades. The deck features flush hatches and the interior has been redesigned and styled. The yacht has a clean contemporary look with a superyacht-style rollover bulwark and a sleek curved deck saloon.

Alongside the 545 will be the Azuree 46. This yacht  has a distinctive design with her deck and interior layout. She has foldable cockpit seats that transform into day beds adding to the luxury of this yacht.

The swimming platform means easy access to the sea and additional sunbathing area.

Windcraft will have models representing three manufacturers on display – Hanse, Dehler and Moody.

The Hanse 385 is described as a great all rounder suitable for newbies or cruising couples, the 415 is “fast and easily sailed by just one person”, the 455 is currently the company's best seller and the 505 is set up for long-range cruising to places like the Whitsundays.

Windcraft says those who love performance will relish the opportunity to take a look at the carbon versions of the Dehler 38 and 46 side by side. The Dehler 46 was premiered at last year's show and Windcraft have already sold seven. Both models feature a carbon reinforced hull as standard and the two boats on display also have the optional carbon rig. The interiors are luxurious.

For the first time the team are showing the galley down version of the Moody 54 DS. The boat on display is “Moody Buoys” from Geelong that is preparing for her second Hobart later this year. The Moody Deck Saloon has an inside steering station at the nav table with an electronic throttle. The safe bulwarks with solid stainless steel rails, composite main bulkhead and unique cockpit awning system make it very appealing to cruising folk.