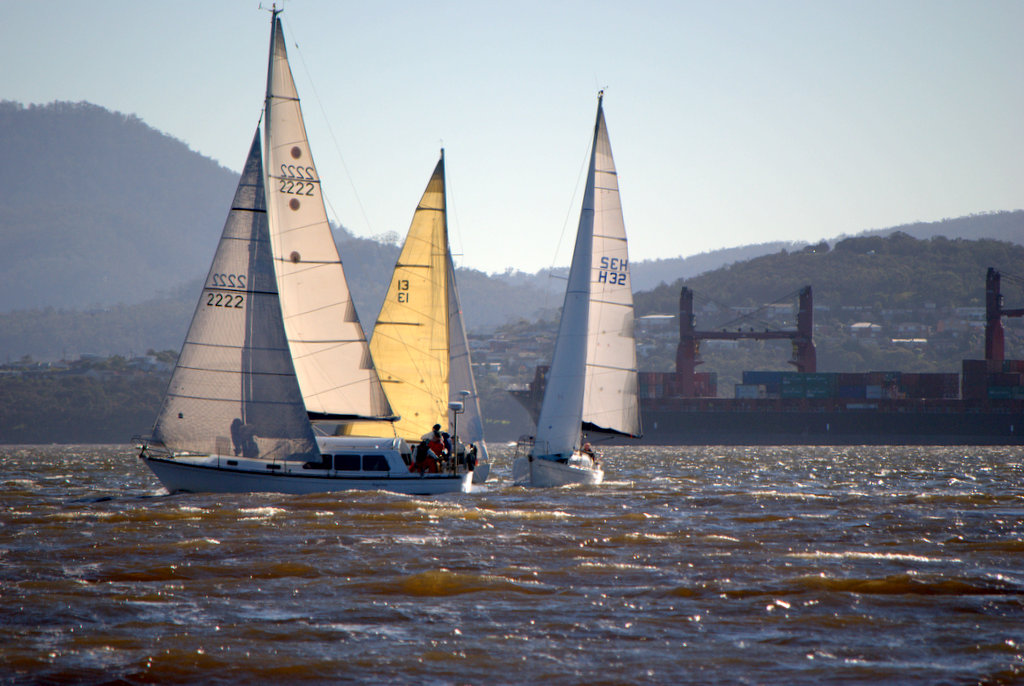 Yachting benefactor Graeme Wood continues to see good returns from his support of sailing in Hobart, today winning his second race in the Royal Yacht Club of Tasmania’s James Boag Winter Series on the Derwent. Wood, a former ocean racer, helmed his Sydney 47CR, Wot’s Next, to an all-the-way win in Division 2 . Joining his experienced crew were a number of young women from Athena Sailing which Wood funds.

He has already bought two SB20s for Athena Sailing, the RYCT-based group whose objectives are to inspire and develop women in the sport of sailing. Two more new SB20s are being shipped from the UK with the Hobart expected to each 40-plus boats this coming summer.

Many of the entrants in the RYCT Winter Series missed a day of perfect winter sailing, bright sunshine, a sparkling river and a steady NNW breeze that ranged from 15 to 18 knots, with some gusts over 20 knots.

Admittedly it was a bit chilly at 8 degrees when the morning race started, but only one SB20 started in Division 1 for these one-division sports boats, Big Ted.

Carrying a large blue spinnaker, Wot’s Next sailed the course in the fast time of 55 minutes 46 seconds, crossing the finish line nearly four minutes clear of her next rival, Nexedge (Tim Gadsby).

After three of the five Sunday morning races in the RYCT Winter Series two Young 88s, Footloose (Stewart Geeves) and Young Lion (Steve Chau) share the top of the leaderboard in Division 2 on 9 points, two points ahead of today’s race winner Wot’s Next on 11 points.

In Division 3, Engenue is on 3 points, well ahead of Serenity on 8 points and Kindred Spirit (Alastair Douglas) on 12 points.