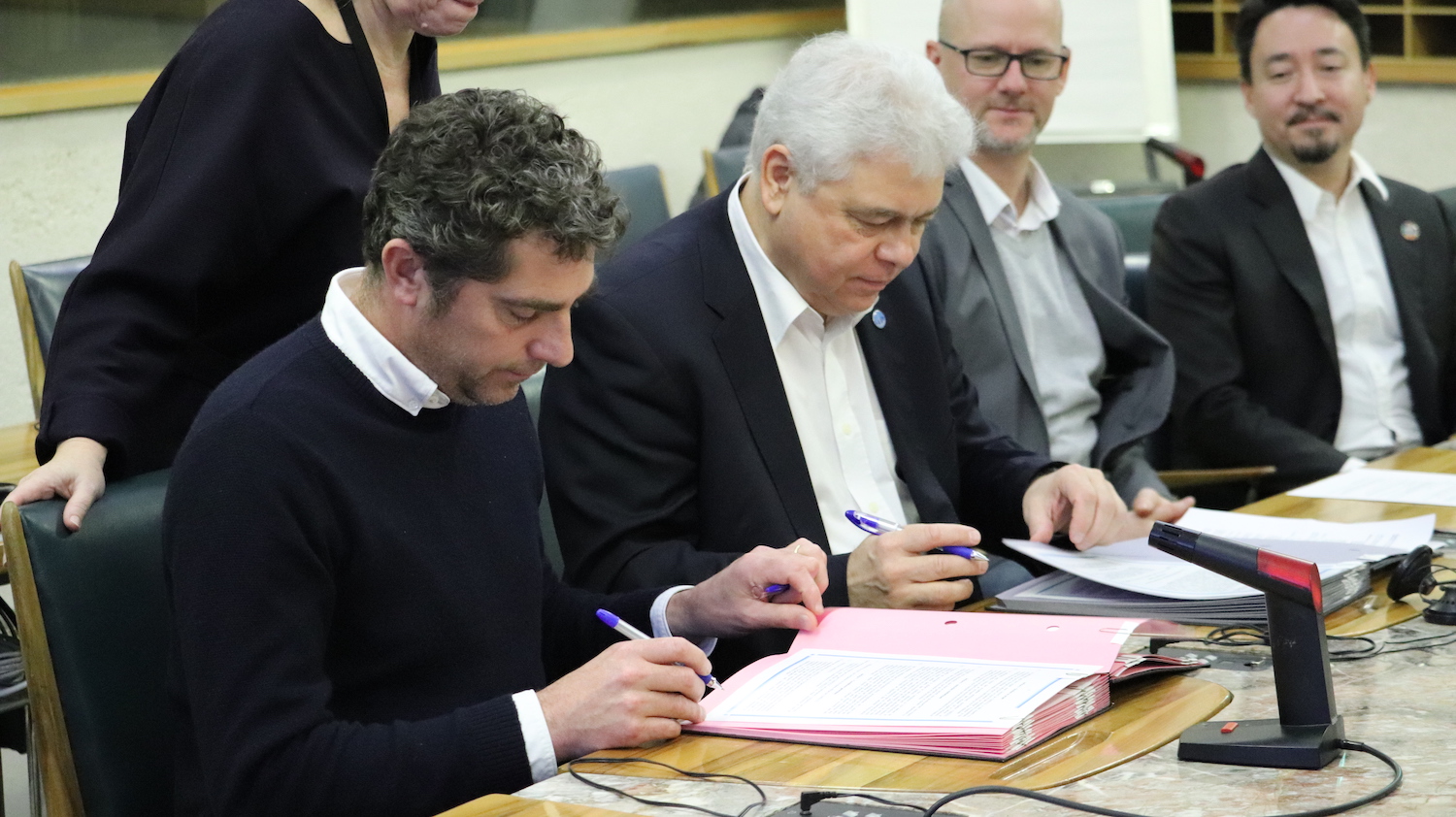 Over the next two years, the two partners will carry out joint projects to support marine scientific research and to raise awareness about the importance of ocean science for the protection of the ocean and the sustainable use of marine resources.

The activities will be coordinated by a Joint centre for oceanographic and marine meteorological observing program support (JCOMMOPS) – a collaboration between the IOC and the World Meteorological Organisation (WMO) – which internationally coordinates about 10,000 in situ ocean observing instruments for the continuous monitoring of the global ocean and the atmosphere above it.

Founded in 1991, the IMOCA manages the class of 60-foot (18.28 metres) open monohulls. The aim of the class is to develop the fleet and offer its skippers an attractive and coherent sports program, which includes the well-known races Route du Rhum, Monaco Globe Series, and The Vendée Globe and The Ocean Race, among others.

It contributes to the internationalisation of offshore racing and combines the notions of competition, innovation, human adventure and safety. Further, central to IMOCA is how to constantly respect the environment better.

“Our skippers each share a variety of unique experiences; navigating to the most isolated corners of the globe whilst witnessing first-hand our impact on the World’s oceans. As a result, the IMOCA Class understands the urgent need to protect and preserve our seas, making our work with UNESCO’s IOC even more valuable.”

Navigating in much more agile and nimbler boats than heavier traditional scientific vessels, the competitive sailing boats of the IMOCA class can reach areas of the ocean that are poorly served by regular maritime traffic.

Gathering ocean-atmosphere data with on-board instrumentation all along the track and deploying Argo profilers and surface drifters are very valuable contributions to the Global Ocean Observing System coordinated by UNESCO’s IOC.

Back in October 2019, navigator Alexia Barrier and co-skipper Joan Mulloy of 4myplanet deployed an Argo float donated by the French consortium Coriolis off the Bay of Biscay, during the Jacques Vabre Transatlantic yacht race from Normandy to Brazil.

The trio of crews took aboard two weather drifter floats developed by a Copernicus-funded project from EUMETSAT (Trusted buoys), and an oceanographic sensor capable of measuring levels of CO2, salinity and surface temperature. The deployment of these observing systems was coordinated by JCOMMOPS (IOC-UNESCO/WMO).

“Everyone has his or her role in the journey to a sustainable ocean, sometimes in distant and less accessible parts of the ocean,” Vladimir Ryabinin, Executive Secretary of UNESCO’s IOC said to welcome the partnership between sailing and science.

“The sailing boats of the IMOCA Class will be special contributors to ocean observations, helping to collect crucial ocean data.”

To mark the signing of the partnership agreement, five renowned skippers – Fabrice Amedeo, Alexia Barrier, Boris Herrmann, Stéphane Le Diraison and Paul Meilhat – participated in a ‘Campus UNESCO’, sharing their experience with young students from French schools, and committed to promoting science for the protection of our shared ocean.