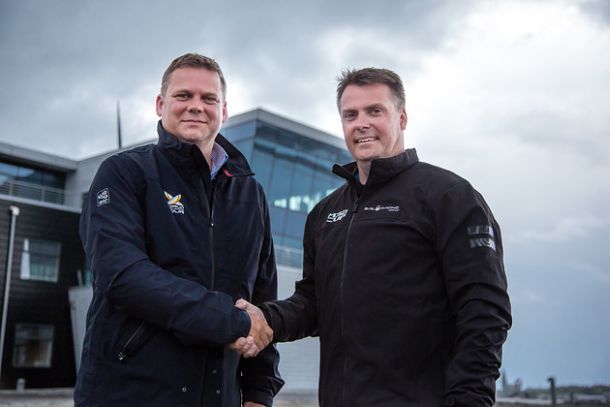 London, 25 June 2015: Today marked a historic day for sailing's longest-running professional series with the purchase by Sweden's Aston Harald AB of the World Match Racing Tour (WMRT). Pro Match Tour Ltd, the Bermuda-based owner of the Tour and Aston Harald, manufacturer of the M32 racing catamaran and organizer of the M32 Series, concluded the sale at Aston Harald's new manufacturing and technology centre on the island of Hönö, near Gothenburg, Sweden. Aston Harald will take over the operations of the Tour from 1 July.

Håkan Svensson, CEO and Owner of Aston Harald commented; “Conquering the World Match Racing Tour has proved one of the sport's toughest challenges. With the rapid innovation of top-level sailboat racing and the growing popularity in multihull racing, we're now in a position to help talented young sailors work toward a career at the highest level of the sport through the M32 Series and now the World Match Racing Tour.”

James Pleasance, Executive Director of the World Match Racing Tour added, “The acquisition is a very exciting development for the Tour. Over the last year, we have been looking at ways to bring multihull racing into the WMRT and the M32s by Aston Harald are the perfect solution to take the Tour to the next level of professional match racing.”