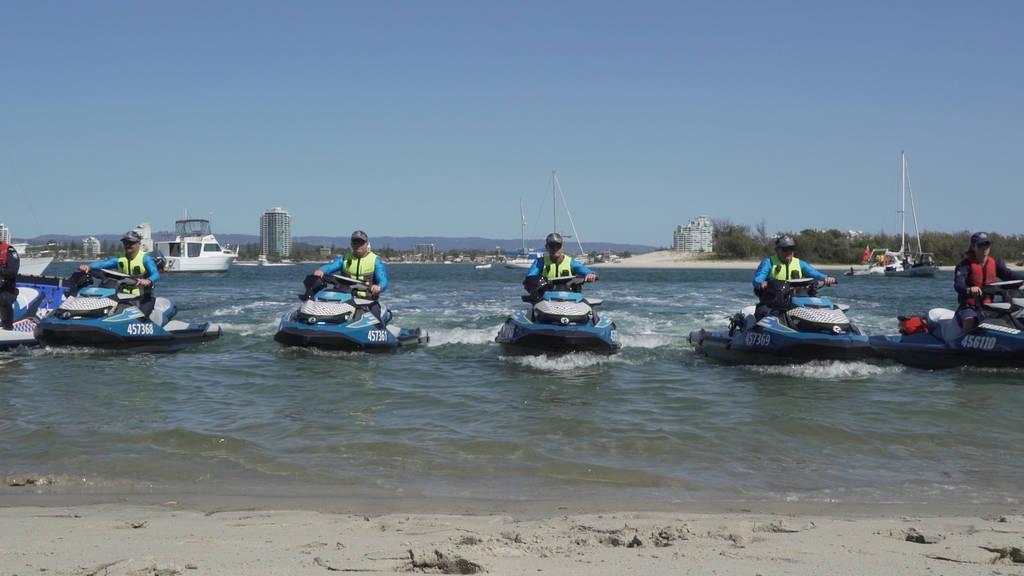 Don’t be surprised when you’re out on the water this summer if you find yourself talking to the MET.

Launched at the Gold Coast on 4 October, the MET is in part Maritime Safety Queensland’s response to an alarming surge in fatal marine incidents this year that was referenced here in the September 2019 issue of Maritime Matters.

Maritime Safety Queensland General Manager, Angus Mitchell, said the time was right for a stronger government presence on the waterways.

‘Queensland has seen a tragic run of fatalities and other serious boating incidents this year,’ Angus said. ‘While investigations into those incidents continue, what we have learned over and over again from previous incident investigations is that many of them were probably preventable had the skippers observed basic rules of good seamanship. Doing the basics right is just so important in boating, so the MET will initially focus on ensuring that is what skippers are doing’.

Angus said that, while MET officers will look to play an educational role where possible, they will also come down hard on boaties who endanger themselves and others.

‘Most skippers try to do the right things to enjoy boating safely,’ he said. ‘But there are also those who seem to think the rules regarding such things as safety equipment, speed, safe navigation and registration simply don’t apply to them.

Angus said having enforcement officers on personal watercraft rather than boats was important for several reasons.

‘They will be cost-efficient, highly visible and able to access virtually all areas of water’, he said. ‘Personal watercraft are also easily transported by road, so we can deploy them almost anywhere including inland dams and streams.

‘The MET will go wherever we need them to go to enhance safety on our waterways. They’ll be supported by our compliance partners, Queensland Water Police and Queensland Boating and Fisheries Patrol and Seqwater, on a trial that will run for twelve months’.

The MET commenced operations over the October long weekend at the Gold Coast, one of Queensland’s busiest boating destinations.

In a compliance campaign conducted over Saturday 5 October through Monday 7 October from the Nerang River through the Broadwater and connecting creeks all the way north to the Logan River, the team intercepted 98 vessels (48 personal watercraft and 50 motor boats).

It is worth noting the six written directions required boaties to return to shore for failing to carry prescribed safety equipment and for being unlicensed.

That all adds up to 86 compliance actions for the 182 vessels intercepted – almost one for every two vessels – a rate of non-compliance on Gold Coast waterways that was much too high for us to take any comfort from.

We’d very much like to see that ratio reduce wherever we go, beginning over the summer holiday period.