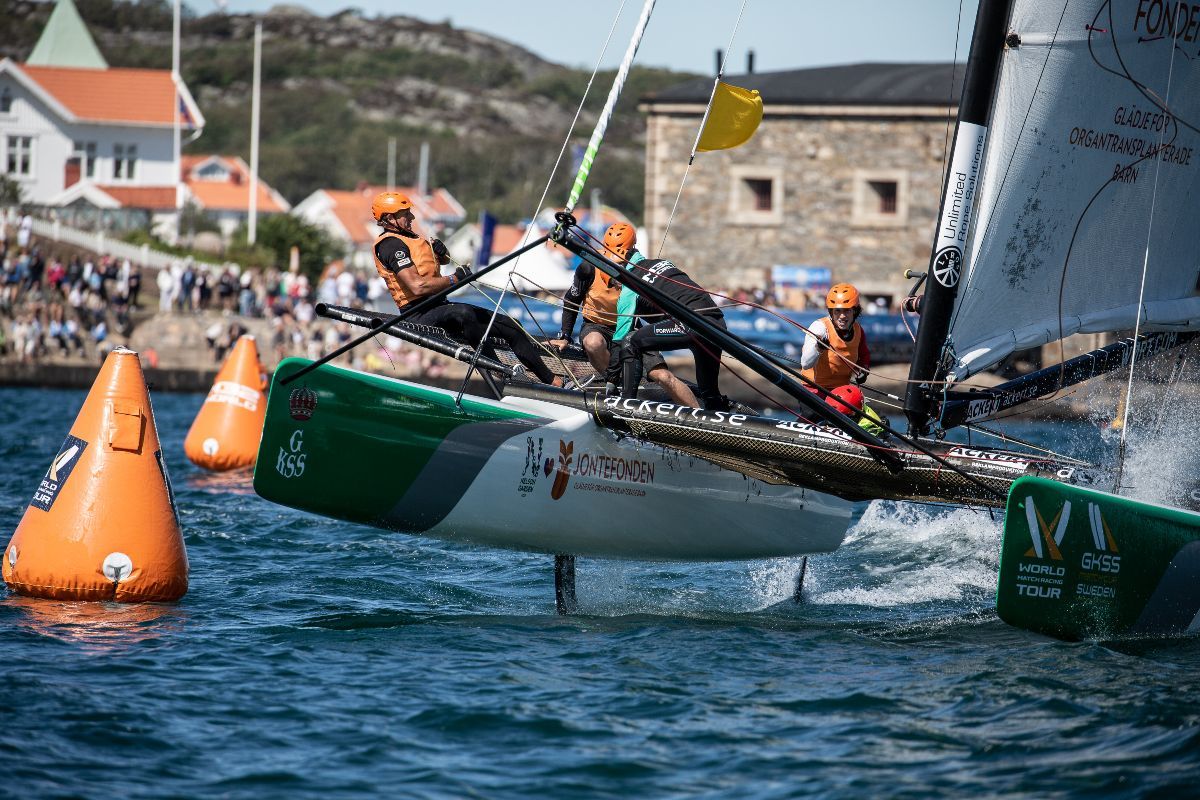 GKSS Match Cup Marstrand was today announced as the new name of the Swedish world championship event of the 2020 World Match Racing Tour, this year hosting its 26th edition from 1-5 July.

The event will be sailed in M32 multihulls managed by Gothenburg based agency Create, in collaboration with GKSS (Royal Gothenburg Yacht Club). The 2020 Notice of Race has also been released including an increased US$75,000 prize purse and 14-team field.

The popular annual Swedish match racing event continues its tradition as one of the flagship events of the World Match Racing Tour since the Tour was founded in 2000. It was previously named Match Cup Sweden before taking its new title. It attracts tens of thousands of spectators annually to the picturesque island of Marstrand, 30 kilometres to the west of Gothenburg.

Following last week’s announcement by the Royal Bermuda Yacht Club to increase its entries to the Bermuda Gold Cup from 12 to 16 teams, GKSS Match Cup Marstrand has also increased entries from 12 to 14 teams to incorporate a Women’s trophy.

GKSS Race Manager, Mattias Rahm explains: “This year we will incorporate the Women’s trophy into the event, which was run separately last year. We have seen the format works very successfully in the mixed Olympic Nacra class and the format will allow us to have 14 teams of the very best male and female skippers. Any teams including at least three female crew members will also benefit from a higher weight allowance.”

New for 2020 too, is the addition of the Grade 3 GKSS Spring Cup from (30-31 May) as an official qualifier event to the Marstrand world championship event.

Held in GKSS’s owned fleet of Far East 28 one-design yachts, the top two placed skippers from ten teams will qualify to GKSS Match Cup Marstrand where they will join the very best match racers from around the world in July to battle for the coveted Marstrand title.

Mattias Dahlstrom (SWE) has been appointed as Principal Race Officer for GKSS Match Cup Marstrand. International umpire and judge, Craig Mitchell (GBR), is Chief Umpire. The preliminary entry list will be published in the coming weeks.