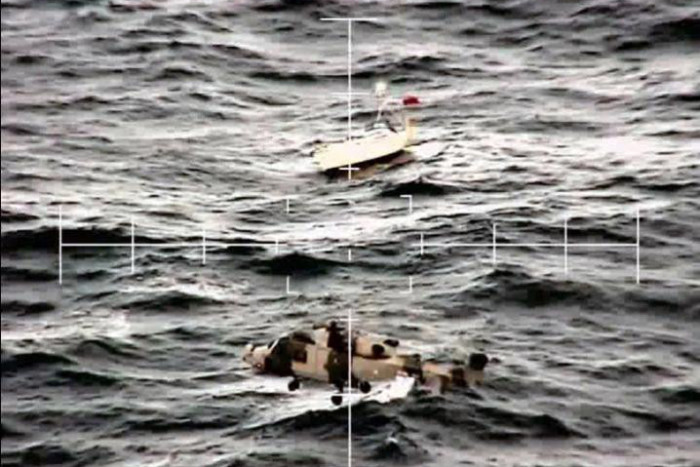 HELICOPTER crews launched a rescue to save a British yachtsman whose boat was ravaged by storms in the Bay of Biscay.
Wildcat helicopters from 825 Naval Air Squadron were scrambled from RFA Argus after an SOS was received from the Takita.
The boat had lost its mast as it headed to Britain from the Azores.
Initially unable to find the yacht at its reported location they started a systematic search of the Atlantic. On the third sweep the aircrew spotted the 30ft boat without its mast.
'It was absolutely extraordinary that the yacht was sighted considering the sea state, the size of the vessel, its white hull and that it was in the swell troughs for most of the time,' said Observer Lt Cdr Chris Grey.
The boat's broken mast had carried away the radio transmitter. When the boat rendezvoused with the RFA Argus, the crew passed over jerrycans filled with fuel so the yacht could reach Brest in France for emergency repairs.