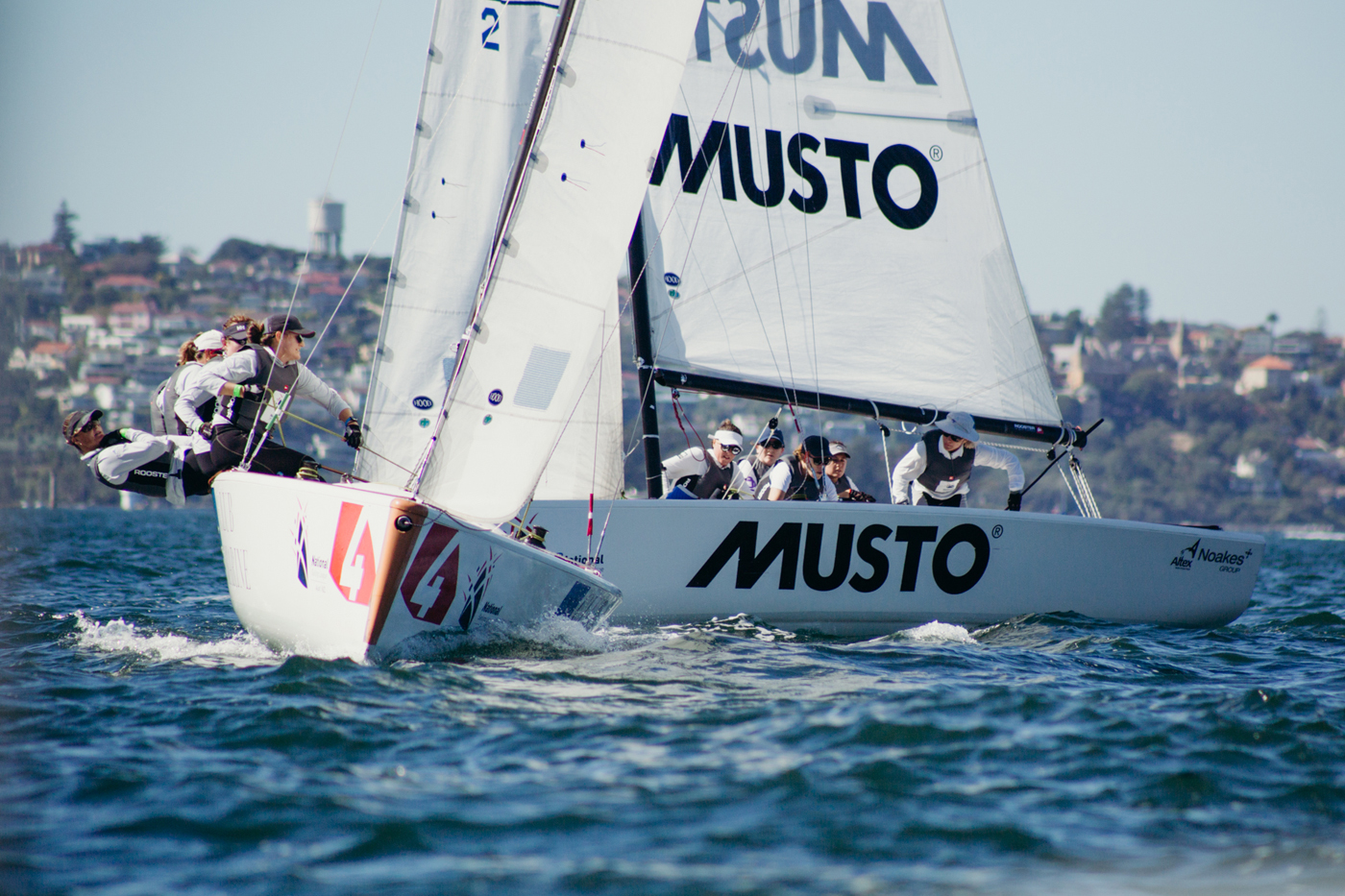 The first event of the National Sailing League Oceania’s 2019-2020 season will partner with the Festival of Sails, hosted by Royal Geelong Yacht Club, bringing even more action to Corio Bay over the 2020 Australia Day long weekend.

The Southern Qualifier for the NSL’s second season of league racing, for teams from Victoria, Tasmania, South Australia and Western Australia, has been added to the Festival of Sail’s three-day regatta program, January 25 – 27.

As well as ideal stadium sailing directly off the busy Geelong waterfront, competing teams can soak up all the shoreside offerings of the major Victorian event that draws tens of thousands of people bay side annually.

Six identical RS21 keelboats, the official boat of the Oceania league, will be available at Geelong to open, youth and women’s teams wanting a step on/step off option. On-water the format is short umpired fleet races with quick crew turnovers culminating in a final for the last four boats remaining at the end of the intensely fought qualifying series.

NSL director, Mark Turnbull, said: “We are thrilled to be joining one of Australia’s best-known and largest sailing events – the Festival of Sails. Launching the Sailing Champions League format in the new RS21 fleet, in front of such a large and passionate sailing crowd, and enriching the existing festival program made sense to all parties.

“We look forward to the southern clubs’ supporting the ultimate ‘club versus club’ battle to be crowned the best club in the southern region.

“The top teams’ next step is the NSL Oceania Final, and if successful in Sydney in April 2020, they could take on and beat the world’s best clubs at the Sailing Champions League European Final in Porto Cervo, Italy, just as Royal Sydney Yacht Squadron did last season.”

Final results from the inaugural NSL event on Sydney Harbour back in April saw the Royal Sydney Yacht Squadron’s dominant youth team travel to Kiel for the Sailing Champions League Youth Final. The winning RSYS open team travelled to St Moritz, Switzerland in August for the open SCL Final, which they pocketed in Oceania’s first year joining the European league.

After the Festival of Sails in January, the RS21s will travel to Sydney and Hunters Hill Sailing Club for the Northern Qualifier, on March 14-15. It is open to teams from New South Wales, ACT, Queensland and the Northern Territory, with racing on Sydney Harbour.

From these NSL qualifiers, the action shifts north to Newcastle for a separate NSL Oceania Women’s and Youth Regatta, hosted by Newcastle Cruising Yacht Club on March 20-21. There is no qualifying round for this final. .

To close out the 2019-2020 NSL season, the top six teams from both the southern and northern qualifiers, along with six invited teams from Asia, and a further six teams from New Zealand and the Pacific earn the right to enter the NSL Oceania Final. It will be held from April 3-5, 2020, hosted by Royal Sydney Yacht Squadron.

Previously the Southern Qualifier was slated for the weekend of February 8-9 at St Kilda.