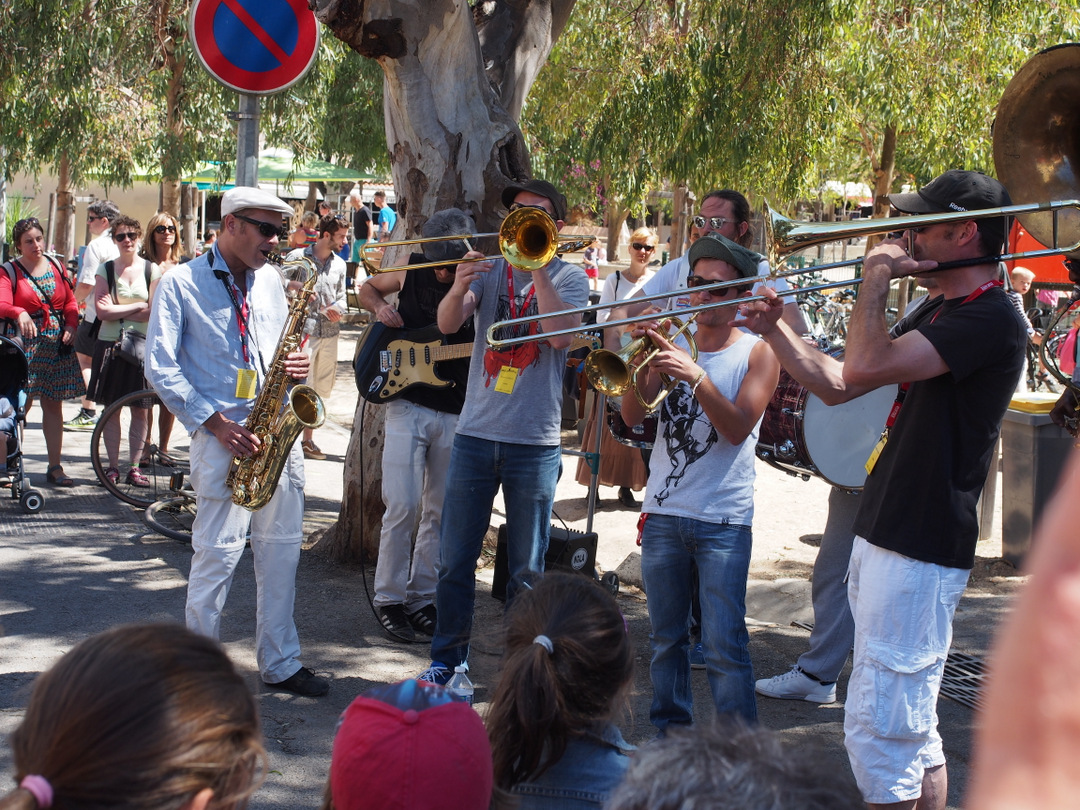 The French Riviera has a ring to it that conjures notions of opulence, style, exquisite cuisine, superb wine, crystal beaches, luxurious gin palaces and the turquoise Mediterranean Sea.

All of these notions are true but far and away the best way to experience this strip of fantasy land between Marseilles and Monaco is from a yacht. The outward view from the deck of a chartered yacht at $5,000 per person for two weeks will be exactly the same as that of the man who spent $US30 million floating his boat!

In total contrast to all the glitter though, just a comfortable 20 mile beam reach from Port Pin Roland near Marseilles, is the beautiful Porquerolles National Park and the tiny Port Cros where our marina berths had been pre-booked and pre-paid. A night at anchor would have been much less relaxing than having our stern tied firmly to the quay.

The local coffee shop was doing a brisk trade in the morning and we decided to stay in the harbor rather than find a bay – the island has great walks, many more than we could complete in a day. Most of the locals get around on bicycles or on foot – we easily found any number of local French eateries, delis and a few gift shops – all presented in the classic style with just the right amount of ‘chic’. From the moment you walk through the door to the musical ‘Bonjour Madame’ you never want to leave.

We climbed to the lookout of the 16th Century St Agatha's Fort on a hilltop behind the village for the great views across the harbour and a small history lesson. It's a short walk up to the fort on sandy paths under shady trees.

We take off on wheels to explore the dramatic southern coast, with high imposing cliffs, wild seas and wheeling sea birds. Our yachts are left to enjoy the peace and space in the marina or at anchor in idyllic bays, according to choice; this year with a full moon above. Heaven.

The next leg to St Tropez includes a stop at Baise de Pampelonne, to walk bare-foot on this famous stretch of sand to take lunch under the trees at the Club 55 Restaurant where ‘one must be seen’! It is surprising how much glitz and glamour can be displayed on such tiny pieces of female clothing. A swim in the bay here is obligatory and the day is perfect for such an activity.

All this is a great preparation for what will follow in St Tropez – just a few nautical miles along the coast. With our yachts we traverse the region without the hassle of roads, traffic, changing trains and dragging baggage from hotel to hotel. Perfect but we discover another local trick; don’t bother with berthing in St. Tropez; St. Maxime is just across the bay with a regular ferry service, the town is more authentic and the marina is both available and cheaper by half!

Strolling along pine scented pathways beside the sea on one day and parading with the beautiful people in St Tropez on the next is very cool to do. Dining in a restaurant facing across the quay to the people dining on the aft deck of huge, expensive yachts is hilarious. We peruse the internet to see who owns what, or not as the case may be!

Then comes Cannes, the absolute ultimate and the icing on the Riviera cake but even so possibly upstaged by her two nearby islands, Ile Saint Marguerite and St. Honorat, which is home to a small community of monks who produce wonderful wines sold in the boutique cafe and restaurant, along with olive oil and lavender products. They also run the restaurant on the island and we enjoyed pre-lunch drinks followed by a delicious lunch. What an idyllic life and just a short boat ride from the busy port of Cannes. St Margurite has the famous Fort Royale where the Man in the Iron Mask was mysteriously imprisoned during the 17th. Century. No one knows who he was.

When we finally arrived in Cannes we were welcomed by the impeccably uniformed port captain who was “very appy to elp wiz anysing is possible”. Our French host, skipper, linguist, technician and local knowledge doyen Christophe had prepared the way as no one else could because in fact the port captain was a friend of his. We later discovered that the port captain had moved a couple of sizeable motor yachts to accommodate the Mariner rally fleet.

But the name of the game for the marina office staff was service and there was nothing they would not do for us. I was rapidly developing the impression that France had confirmed the existence of the rest of the world, coincident with a decision it seemed to actually be a part of it. The folks we met were hospitable, friendly, humorous and passionate, with good reason, about their culture and of course their cuisine. They were particularly welcoming to our group and showed great curiosity at our presence in France when according to their perception we have the best of everything in the world in Australia.

Cannes has steep and narrow streets to the top of the escarpment overlooking the town, which tested the fitness of the fittest. But once again the shopkeepers and restaurant owners along the way were quick to welcome us with “Bonjour” and a sincere smile. The view from the top on yet another warm clear day, one of fourteen in a row, was worth the climb. Back on the waterfront we walked past the prestigious Carlton Hotel with no less than five Ferraris parked at the front.

Sadly we have to go past Ville France in this best of four story to get to Monaco and its’ “capital” city Monte Carlo, which simply cannot be left out. Thirty thousand foreign workers come every day from France and Italy to work but permanent residence is not an aspiration because residents just don’t pay tax in Monte Carlo.

The highlight of Monte Carlo for us was the new Yacht Club de Monaco, built on reclaimed land with four floors of glorious and totally unpretentious architecture shaped in the form of a ship. The big surprise, however were the staff; who gave us an exclusive guided tour and then prepared and served a superb lunch on the deck overlooking the port.

At night we visited the casino, where no-one won a cent, before we then descended to the Buda Bar where the “movement at the station” began around midnight!

Mariner Boating have another rally on the French Riviera next June – just buy a ticket and jump on board. Visit www.marinerboating.com.au or phone 02 9966 1244.