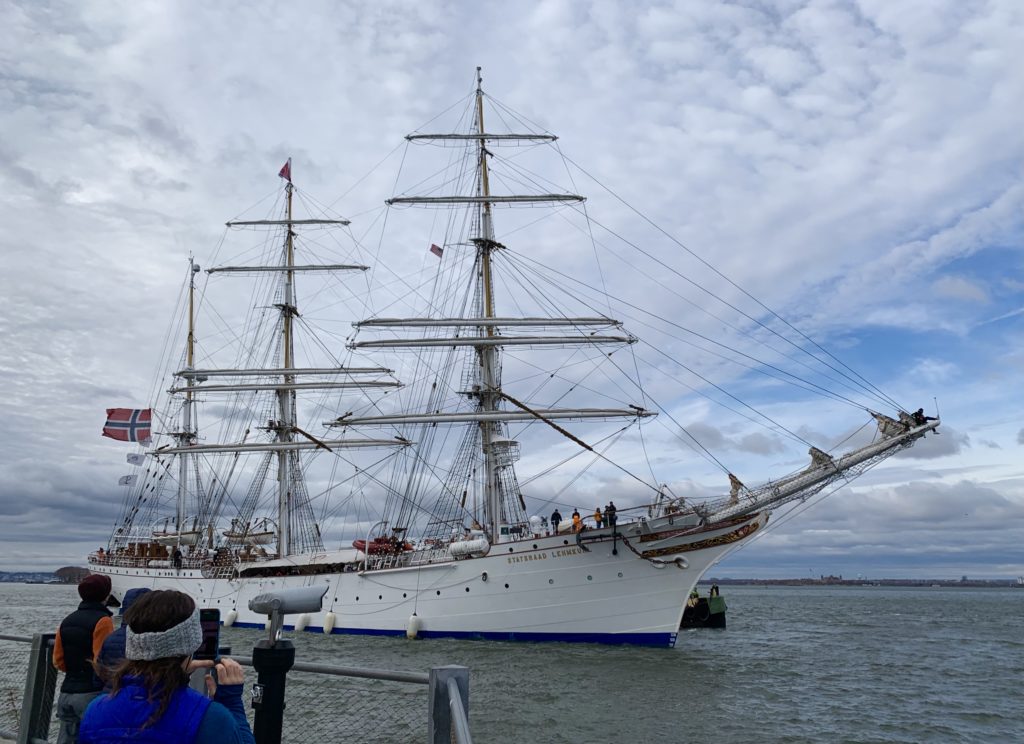 A 278-foot sailing vessel called by many ‘the most beautiful ship in the world’ sailed majestically into ONE°15 Brooklyn Marina at Brooklyn Bridge Park on Sunday morning.

The Statsraad Lehmkuhl, Norway’s 107-year-old three-masted tall ship, will be docked at the marina until January four.

Brooklyn resident Marcie Roth was on Pier 5 on Sunday to welcome the graceful sailing vessel. “I think it’s amazing that this is how people used to sail around the world, and today we are on these monstrous cruise ships,” Roth said. “It’s just beautiful.”

The Statsraad Lehmkuhl (named in honor of Norwegian cabinet minister Kristofer Lehmkuhl), is a maritime training vessel which is fitted out as a state-of-the-art floating environmental research lab. The ship is circumnavigating the globe as part of the UN Decade of Ocean Science for Sustainable Development, and will visit more than 30 ports through April 2023.

For the full story, see: https://brooklyneagle.com/articles/2021/12/21/the-most-beautiful-ship-in-the-world-docks-in-brooklyn/