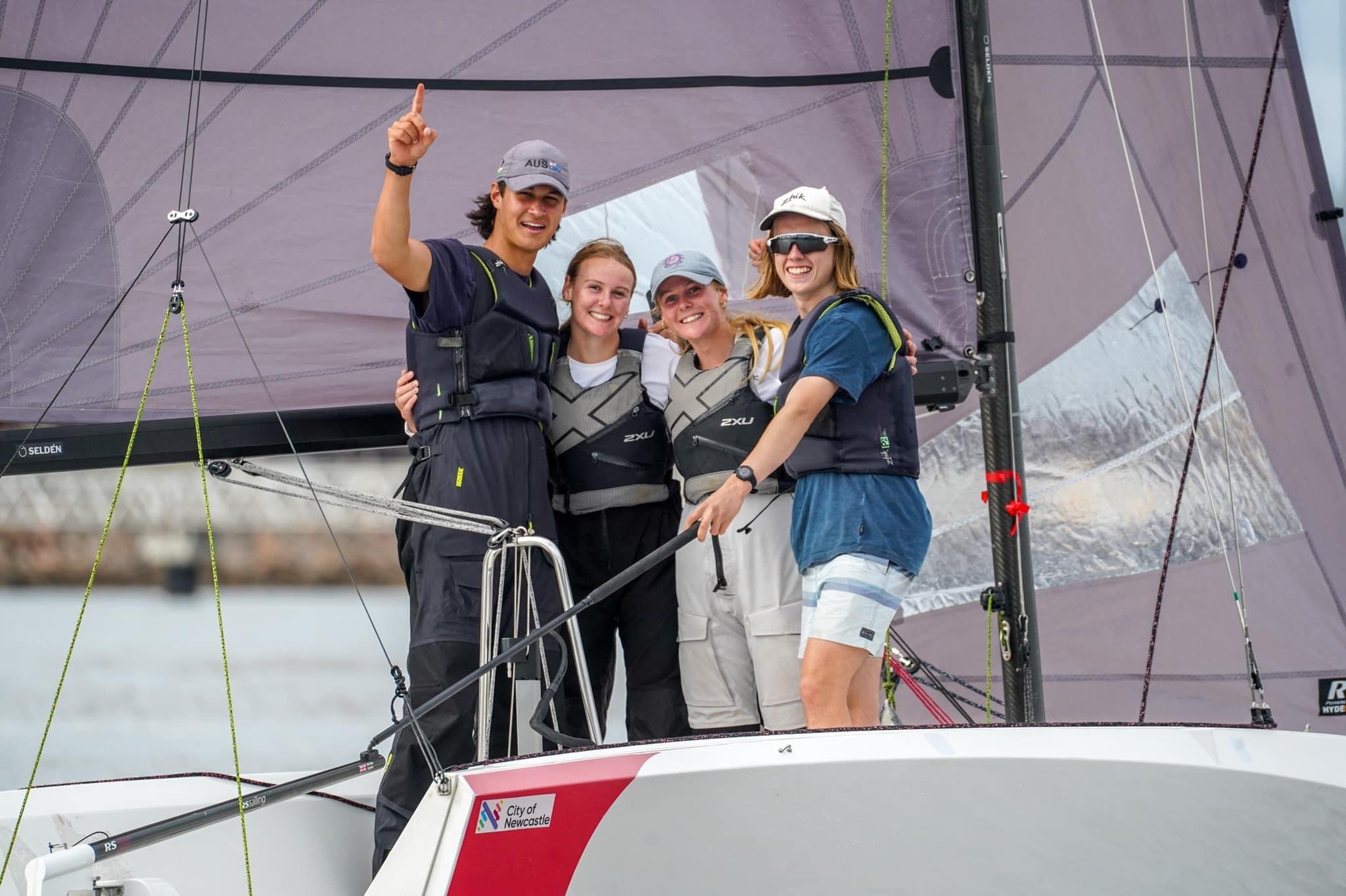 A team of young sailors from the Mornington Yacht Club in Victoria have won both the Open and Under 22 Divisions of the Sailing Champions League – Asia Pacific Final, an international team racing series.

The Asia Pacific Final was sailed in Newcastle on the 26 and 27 March, with the Mornington team winning both the Under 22 and Open Divisions from 15 qualifying clubs from around Australia and Vanuatu.

The Mornington team comprised James Jackson (skipper aged 17), Jack Eickmeyer (17), and Lily and Matilda Richardson (19).  Jackson last year was named ‘Australian Youth Sailor of the Year’ by yachting’s peak body, Australian Sailing. Eickmeyer is the top junior Laser sailor in Victoria, and the Richardson girls represented Australia in the World Youth Championships in 2019. All of the team are products of the outstanding junior and youth sailing program at the Mornington Yacht Club.

The team will head to Germany later this year to compete in the World Title Finals. The competition, through a series of qualifying races in identical yachts, identifies the most successful club in each country, who then compete for the title of the ‘Best Sailing Club of the Year, Worldwide’. Each team is made up of two male and two female sailors.