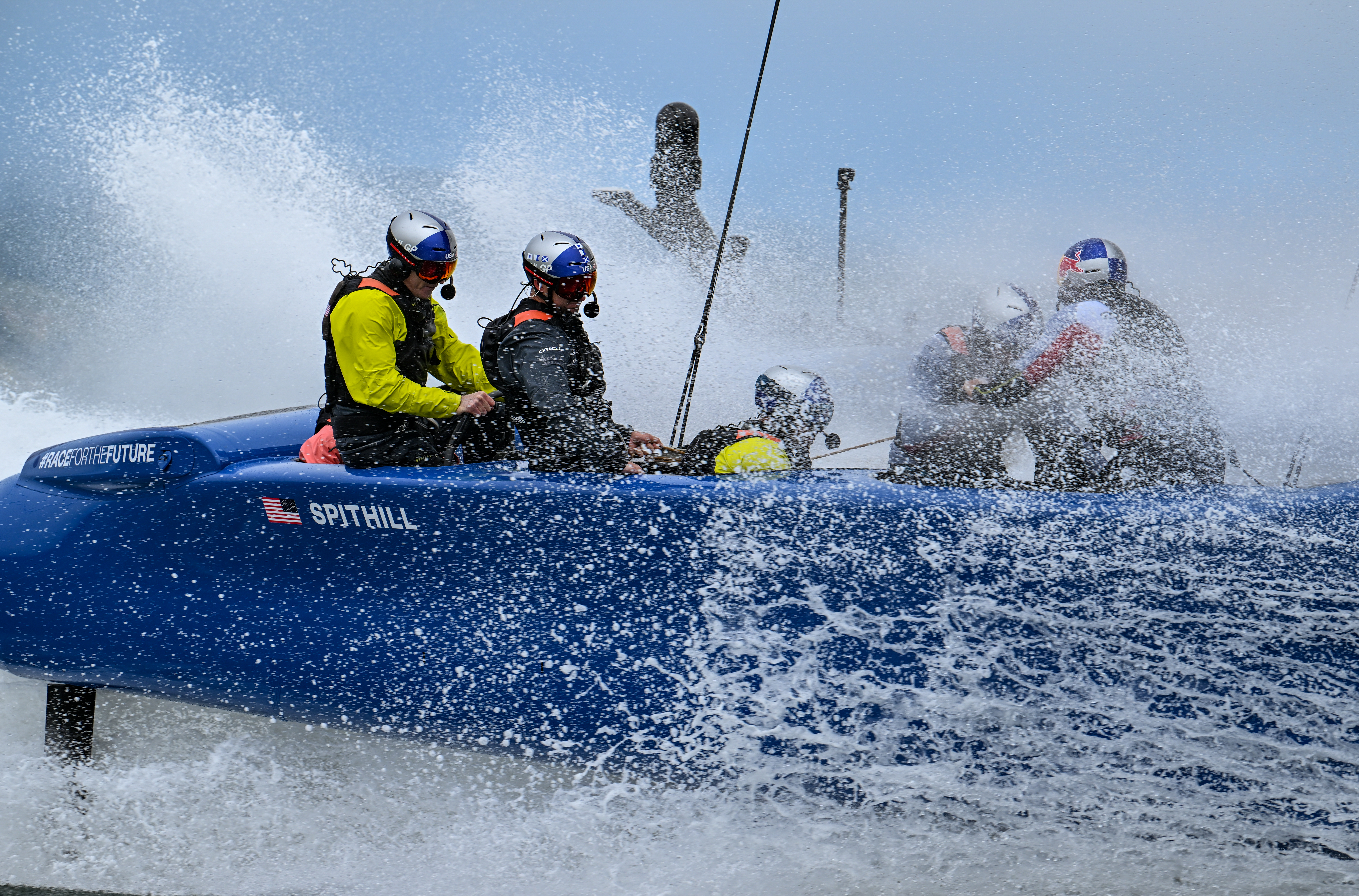 The final day of SailGP Season 2 pretty much summed up our whole year, in just a few crazy hours.

We knew going into Sunday’s US$1m bucks, winner-takes-all final SailGP race in San Francisco, that there would be some unpredictable drama in store – but even I was surprised by what took place in the Bay this weekend.

In the first race of Sunday, just an hour before the biggest showdown of the season, we were taken out by Spain SailGP Team, who crashed into us and it left a huge hole in the back of our boat.

It was a challenging situation for the Japanese, Aussies and ourselves – we all wanted to race hard and push in preparation for the final in the lead-up races, but couldn’t afford a major incident… well, we were almost taken out and not able to race the final.

Despite the drama, as long as the boat was still floating, not sailing in the final race was never an option for us. So, we sat out Race 5 as our shore team swung into action, removed the broken stern from the boat and effected repairs. It was true Nascar style! What an incredible job they did in a short amount of time, under huge pressure.

As we have seen all season in SailGP, this is like motor racing, when you’re travelling at these speeds, with this amount of boats – that’s racing. I’m glad everyone walked away uninjured – and our shore team did an incredible job to get the boat race ready, and able to race the final. Also, I want to make a special mention to Jordi Xammar, driver of the Spanish boat, who came up after and spoke to me and showed a lot of sportsmanship. He is a real star of the future and an amazing talent.

I would like to give full credit to the Aussies, who took the win and have been the benchmark team all year in this insanely talented fleet of athletes. To go back-to-back in a league as relentless and tough as this is really impressive, and it’s no surprise to me that they have been crowned champions for a second time. Well done.

I’m positive about our first season as a team and proud of everyone involved who really put everything into it. When we took over the team at the beginning of the season, it had just come off finishing last in Season 1, so for this new group to come in and get a shot at the title is a great statement in its first year together.

If you haven’t seen the footage from our training before the event, you really need to check it out. We had Kai Lenny and Jamie O’Brien come down for a rip around San Francisco Bay, and they got to see exactly what SailGP is all about. Kai even caught the perfect angle of our capsize on his camera.

Some water got into our electronics and the systems failed during a manoeuvre. When sailing these boats, a capsize is always a possibility, and again great work to our shore team for getting us back on our feet and sailing a few minutes later.

Kai is probably the best waterman in the world and Jamie is one of the best riders at Pipeline. If you’ve ever seen the footage of those guys riding at places like Nazaré, Waimea Bay, and some of the hairy situations they get themselves into, then you’ll know that for them to come out on the boat and say that was absolutely crazy, intense and they’ve never experienced anything like it, is pretty big. I think it gives the sport of sailing – and SailGP – some real credibility.

As we end our first season in SailGP on the podium, I’m just really proud of this crew. It’s been one hell of a season, and a lot of fun, but I really feel this team is only just getting started and I can’t wait for Season 3.

Also a HUGE thank you to all of the United States SailGP Team fans who came out, filled the grandstands and lined the shore to make our first home event an unforgettable one. It was literally like sailing in a Grand Stand. We couldn’t believe the noise coming from the fans when we raced by the bleachers and the number of messages we got was unbelievable.