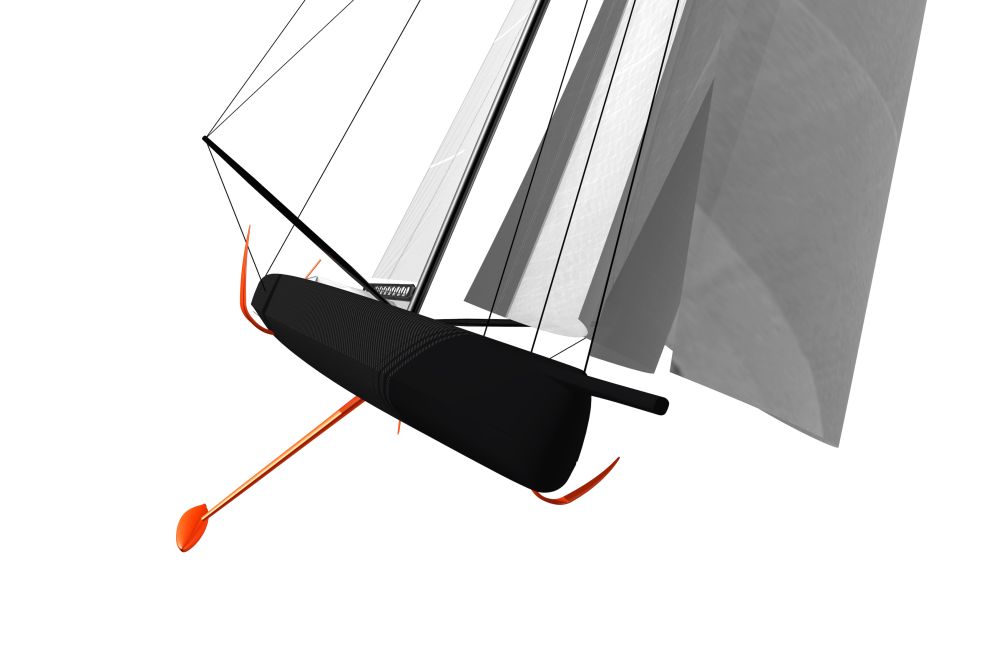 Rendering of a possible future design for the Volvo Race.

The next edition of the Volvo Ocean Race, scheduled to start in 2021, will include two dynamic classes of boats, more women racing than ever before, and a youth challenge trophy.

Initial details have just been released with the Preliminary Notice of Race now available to prospective teams, outlining the general rules of the next event.

Following the release of the preliminary document, race organisers will continue to consult with key stakeholders over the coming weeks before opening for entries for the next race on December 11, 2018.

Two classes will compete in the 2021 event; the high-performance, foiling, IMOCA 60 class and the one-design VO65 class which produced such close, compelling racing in the last two editions of the race.

Entries in the IMOCA 60 class are competing for the overall race title while crews racing the VO65s will chase the first ever Youth Challenge Trophy, as a majority of the 10 sailors on the boat will need to be under 30 years of age, with a minimum of three sailors under the age of 26.

Every team in the race, in both IMOCA and VO65 classes, will be required to have female sailors on board through various crew configuration options.

“These rules will ensure opportunities for the best athletes in the sport of sailing to take part in our event,” said Richard Brisius, the President of the race organising body. “At the same time, we are opening a wider door for sailors to compete in one of our sport’s pinnacle events earlier in life through the Youth Challenge Trophy.

“We are also committed to further developing the ground-breaking sustainability programme launched in the last edition of the race. Sustainability guidelines will be issued to all teams, stopover cities and stakeholders as we build on the strong foundation laid over the past several years.”

The switch to the foiling IMOCA 60 class adds a high-performance and design aspect to the race after the last two editions of one-design racing, where all boats were identical. This shift means the teams will be pushing the envelope of technology with boats that foil above the water at extremely high speeds.

“Historically, design and performance breakthroughs have been an important component of success in this race since 1973,” said co-President Johan Salén. “The IMOCA 60 class is at the cutting edge of technology for offshore monohulls and the sailors and designers will be chasing every technical advantage they can find.”

As the race evolves to its next iteration its power to inspire is as great as ever.

“Our sport is unique as our athletes compete not just against each other but the race takes our crews to some of the most remote places in the world,” Brisius noted. “Our sailors place their competitive pride on their line and form life-long bonds through the experiences they share and the challenges they meet together. The athletes in our sport have a determination and belief in each other that transcends sport and speaks to all of us.”

Getting that story off the boat and to the race fans will once again fall to the role of the on board reporter, who will be on each boat, tasked with bringing the story home in video, photos, audio and text.

The release of the first version of the Preliminary Notice of Race is another step in defining the 2021 edition of the race. Consultation with key stakeholders is welcomed before opening for entries in December.

“This marks the first of many steps in our new journey to create a great opportunity for our IMOCA sailors. We look forward to continuing our work with the race organisers to build a fantastic event,” said Antoine Mermod, the President of IMOCA.

Over the coming weeks and months, more information will be released, including details on the race route, the IMOCA class rule for fully crewed races, and new sustainability initiatives that build on the award-winning programme introduced in the last race.

The Preliminary Notice of Race is available on request by emailing: organising.authority@volvooceanrace.com.