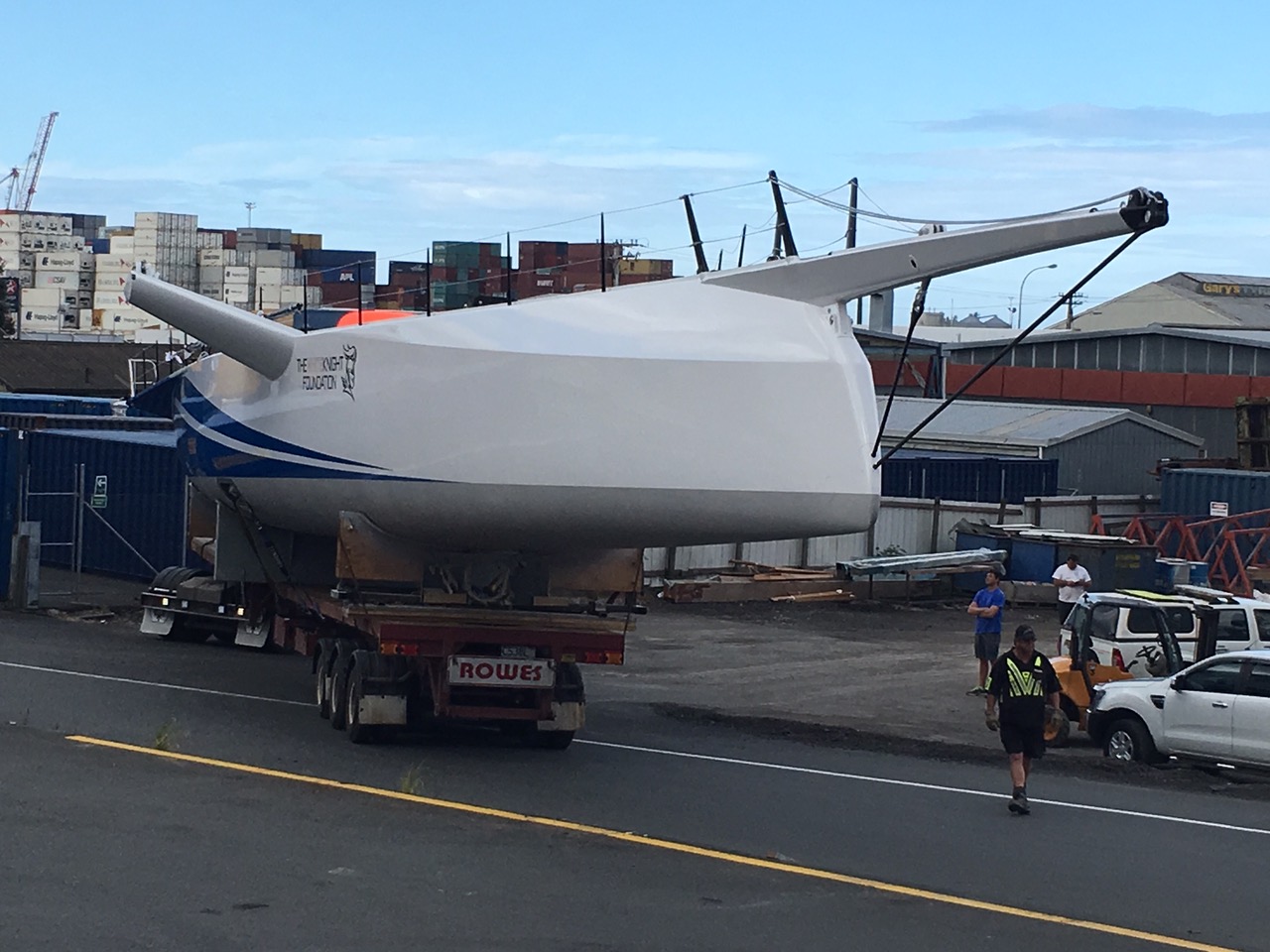 CQS on the truck. Photo supplied.

A previous winner of the Rolex Sydney Hobart and the Rolex Fastnet races, Ludde Ingvall last week revealed his new challenger to Wild Oats XI's domination of the race south to Hobart. On his website https://www.bigboatracing.com, there is plenty of detail on what has been done to the boat and why.

Here are the opening paragraphs:

Originally built in 2004, the yacht was a state of the art 90 foot racing boat from the start. Designed by Simonis Voogd Naval Architect and Yacht Design Studio, she was the fifth yacht under the sponsorship of Nicorette, and was successful from the start, winning the Sydney to Hobart race that year.

The structures are then packed in a plastic film and 'cooked' under vacuum to eliminate air voids and consolidate the laminate. This involves putting the entire boat in an oven to bake it, which allows complete curing of the epoxy matrix.

Carbon fibre combines two important properties that are critical to racing yacht construction, light weight and great strength. When new, Nicorette VI’s completed hull only weighed 10 tons, with a further 10 tons in the keel. At the time this was a major weight saving compared to other similar yachts.

The hull was built with extra strength in the bow sections, because of the impact and extra loads this part of the boat experiences when powering through waves. Additional safety features in the construction of the bow include the use of Kevlar in the laminates to provide greater impact resistance, in case of collision with a floating object.

In 2004 canting keels were not new technology; they had been around for some years, but many of the world’s most famous races like the Sydney to Hobart banned their use, so when the boat had one installed, it was new to this genre of racing yacht.

Monohull racing yachts are designed to be at their most efficient when only slightly heeled, so stability is critical to the performance of a yacht. By being able to swing the keel out to the windward side of the hull, the stability is greatly increased.

The keel is canted by two powerful hydraulic rams inside the yacht which control the angle of the keel, each ram is capable of applying 120 tons of push or pull to swing the keel into its optimal angle. To put it another way, they are capable of lifting 240 tons, a weight 12 times that of the yacht.