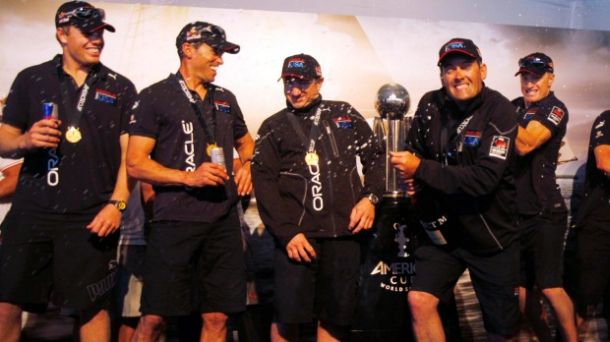 The News Tribune. By Bernie Wilson.

Mitchell's complaint with the International Sailing Federation (ISAF) alleges that Tienpont broke a racing rule and lied during a hearing prior to the 2013 America's Cup on San Francisco Bay.

Although Tienpont admitted altering a catamaran used in warmup regattas, he was allowed to sail in the America's Cup match against Emirates Team New Zealand.

Mitchell, who was implicated by Tienpont during a hearing before an international jury, was suspended for the first four races. Another teammate, Dirk de Ridder, was banned from the regatta and Oracle was docked two points in the harshest penalties assessed in the cup's 164-year history.

“It's really just to get some justice out of the whole thing. The guy who actually did it, nothing happened to him,” Mitchell told The Associated Press on Friday. “Simeon lied during the hearing and that's the only thing that implicated me and caused problems for me. I never should have had an issue. I didn't do it. The only thing the jury had on me was Simeon's lie.”