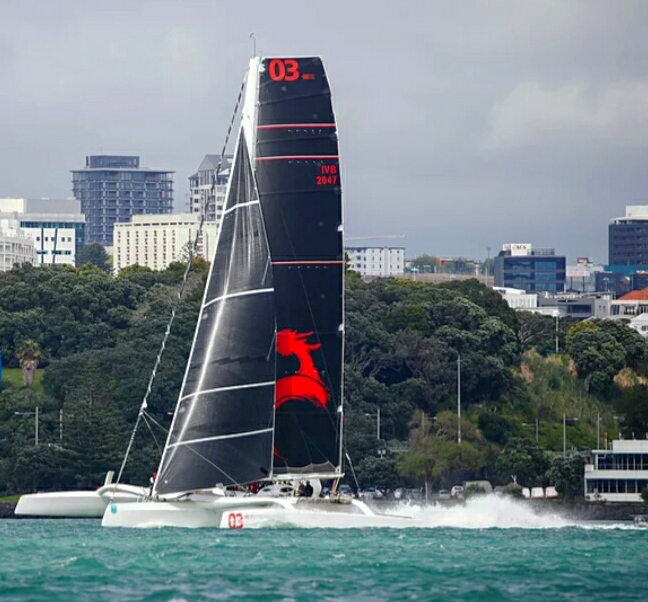 Entries continue to flow in for the Inaugural Lendlease Brisbane to Hamilton Island Yacht Race starting on Friday 02 August 2019, with a variety of vessels already looking forward to racing north through the Capricorn Channel in what will be a challenging race for navigators.

The diversity of the fleet is already a stand out, with entries ranging from a First 44.7 to a TP52 and the first of the many multihulls expected to compete. Bolstering the start line will be competitors for the 13th Club Marine Brisbane to Keppel Yacht Race, expanding the already celebrated race and ensuring that August 2 is date not to be missed.

The Mod70 Beau Gueste has entered and will set it’s sights on Line Honours across both Mono and Multi. Karl Kwok and his team have conquered much in their selection of boats, the team having last competed in a major Ocean race in Queensland when they contested the Brisbane to Noumea Yacht Race in 2015.

The Mod70 class trimaran represents the cutting edge in offshore racing with the class competing in Europe and winning out over the 100ft Supermaxi’s in events like the Fastnet Yacht Race and Caribean 600. Beau Gueste will be a feature on the Queensland Regatta Circuit over the next few months as they prepare for the trip north, with the Brisbane to Gladstone and Hamilton Island Race Weeks a part of their program.

For navigators the Brisbane to Hamilton Island will provide an unrivalled challenge in Australian waters, with several distinct stages to the race: The traditional out of the bay and up to Breaksea trip, a feature of many great Queensland races in years gone by, before the boats pick their best weather route across the 250 nautical mile stretch up the Capricorn Channel before the approaches to the Whitsunday Islands, where the multitude of islands and currents that come in through the Great Barrier Reef will ensure that good navigation and routing will challenge the most experienced blue water navigators.

Even the final few miles to the finish will prove a challenge, as competitors tackle the currents around the Lindeman Group and the final stretch up Dent Passage, a familiar finish for many, after some spectacular warm water sailing in between. Crews will then have a few days to rest and recuperate and enjoy the hospitality on offer at Hamilton Island, before the start of the Whitsunday Races.