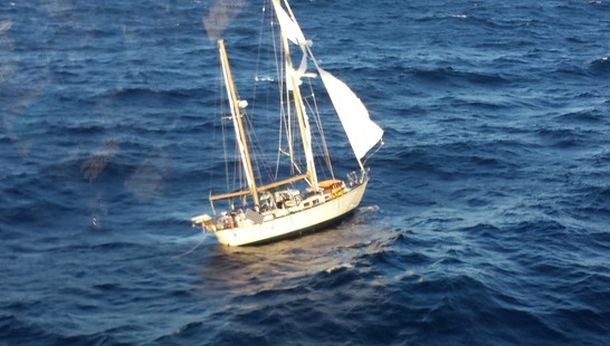 A yacht missing at sea may never be found, after the revelation the locator beacon transmitting its position is no longer with the boat.

Two men who had planned to travel from Opua to the Marlborough Sounds were winched to safety in Bay of Plenty waters on Sunday morning after their 43ft ketch Morning Star had taken on water.

The men were rescued after their emergency beacon gave off their position at 74 nautical miles off the Tauranga coast. However, the beacon appears to have been lost in the rescue.