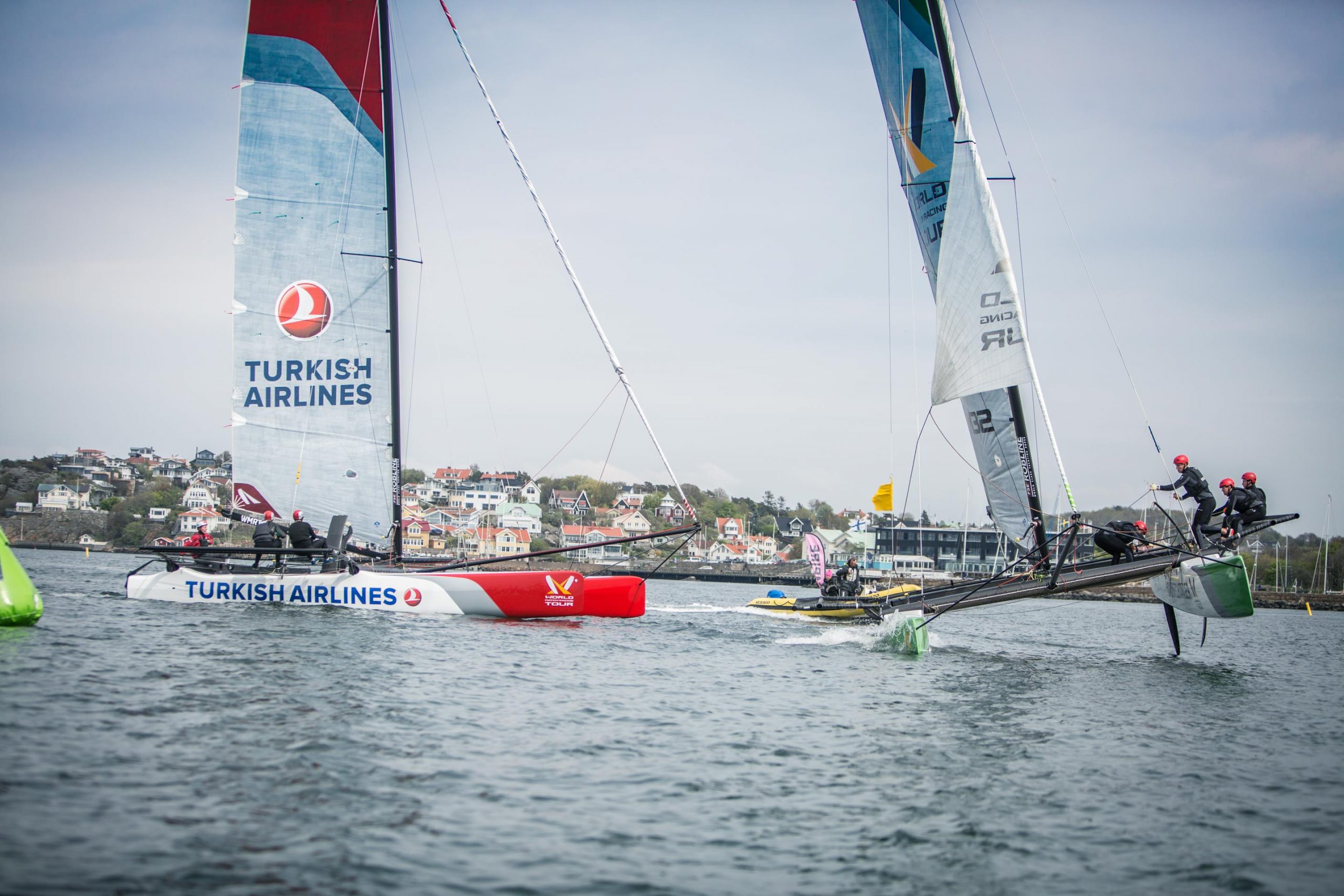 Gothenburg, Sweden (May 14th, 2017) – This local Gothenburg team has consistently improved over three days to pull themselves to the top of the final standings at Gothenburg Match Cup and secure their second Championship level event qualification spot this season. Joining the Swedes at GKSS Match Cup Sweden will be Mirsky Racing Team, skippered by Torvar Mirsky, who end the regatta in second place with the all important ticket to Marstrand.

Being top of the leaderboard after the Round Robin series, Mirsky had the pick of opponent going into the semifinals and decided he fancied his chances against Patrik Sturesson’s all Swedish team, Cape Crow Vikings. The choice proved wise as the Australians took down the Vikings 3-0. Sturesson has had a strong regatta, but the match racing experience of Mirsky proved too much today. The team topped the table during day two proving they can make it at the top level and are certainly a team to watch through the season.

Making the top two ensured Mirsky’s team qualification to WMRT Championship level event, GKSS Match Cup Sweden. Ecstatic over their qualification, Torvar commented, “We are over the moon and also relieved. We came all the way from Australia and to go back without the ticket to Marstrand would have been really disappointing. I have had two good results this season, at Match Cup Australia and now this weekend. It’s been five years since I raced as a skipper on Marstrand and it feels good to be back on the circuit. If we put our best foot forward I think we could go all the way at Match Cup Sweden.”

The story was similar in the other semifinal where Måns Holmberg was left to face off against Denmark’s Joachim Aschenbrenner of ART Sailing. After a fierce prestart, Holmberg won the start and the team’s experience in the boat allowed them to focus on boat speed and hold their lead through to the finish. The Swedes continued this winning form to take three straight wins, crossing the line to cheers from the fans watching from the shores of GKSS, Gothenburg’s iconic sailing club and host to this event.

With the morning’s unstable breeze now holding at around 6knots, race control proceeded with the final in a first-to-two-point series. These light conditions made every manoeuvre critical. The Swedes took an early lead going 1-0 up. Recapping on the final race Holmberg remarks, “We were behind at the start but managed to force a split at the rounding. We exchanged the lead a couple of times on the upwind, but we got the right side at the rounding and then we capitalised on that on the downwind. Then it was all about securing the lead and we sailed with a lot of patience.” With wind dying further back down the racecourse, CFA Sports extended to a convincing win to take the series 2-0 and win the regatta.

Mirsky being a hugely experienced match racer on the World Match Racing Tour and Holmberg with his growing match racing experience and vast M32 sailing experience will both be tough opponents when they arrive to Marstrand for GKSS Match Cup Sweden and could cause an upset with the Tour Card teams.

GKSS Match Cup Sweden will be the third Championship level event on the 2017 World Match Racing Tour, to be sailed July 3-8th on the Swedish sailing hotspot island, Marstrand.