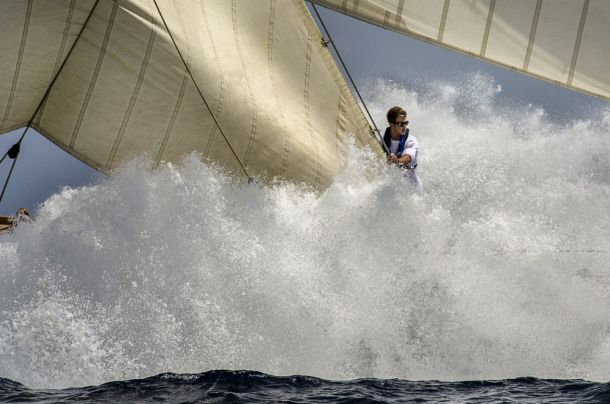 Yacht Racing photographers from all over the world are once again invited to attend the Mirabaud Yacht Racing Image award in 2015. The standard has been set with the amazing 2014 competition results and now is time to start selecting, or anticipating the world’s best yacht racing image of 2015!

Started in 2010, the Mirabaud Yacht Racing Image Award is the world’s premier photography competition dedicated to the sport of sailing, celebrating the very best yacht racing image taken during the year, and which best represents the essence and excitement of the sport.

“This event has become the reference in yacht racing photography and we are very pleased to contribute to its promotion”, says Antonio Palma, CEO of Mirabaud & Cie SA. “A few dozen photographers were participating at the beginning of the decade whilst there are more than 120 now; the overall level has also gone up and last year’s display was just extraordinary!”

Indeed, the 2014 Mirabaud Yacht Racing Image uncovered a stunning collection of images sent by professional photographers spanning twenty-five countries. More than one million people saw their pictures through social networks, whilst the event website saw the visit of more than 150’000 single visitors.

In 2015, the top twenty pictures selected by the public will once again be displayed during the Yacht Racing Forum, on December 7-8. The event will also stage the official award ceremony. The overall winner will receive the Mirabaud Yacht Racing Image Award and a precious watch Zenith El Primero Chronomaster 1969, whilst the Public Award trophy will be awarded alongside items from event partner Nespresso.

“The Mirabaud Yacht Racing Image award is a fascinating contest, that conveys values that are dear to us, such as authenticity, pleasure and commitment”, says Zenith watches CEO Aldo Magada. “I am impatient to discover the new selection of images, and to see how the world’s best yacht racing photographers manage to discover new ways to portray this beautiful sport !”

The Mirabaud Yacht Racing Image award is organised by MaxComm Communication and is open to professional yacht racing photographers from all over the world. Its purpose is to pay tribute to their work, to provide them with a promotional platform and to help promote the sport of sailing to a wider audience.