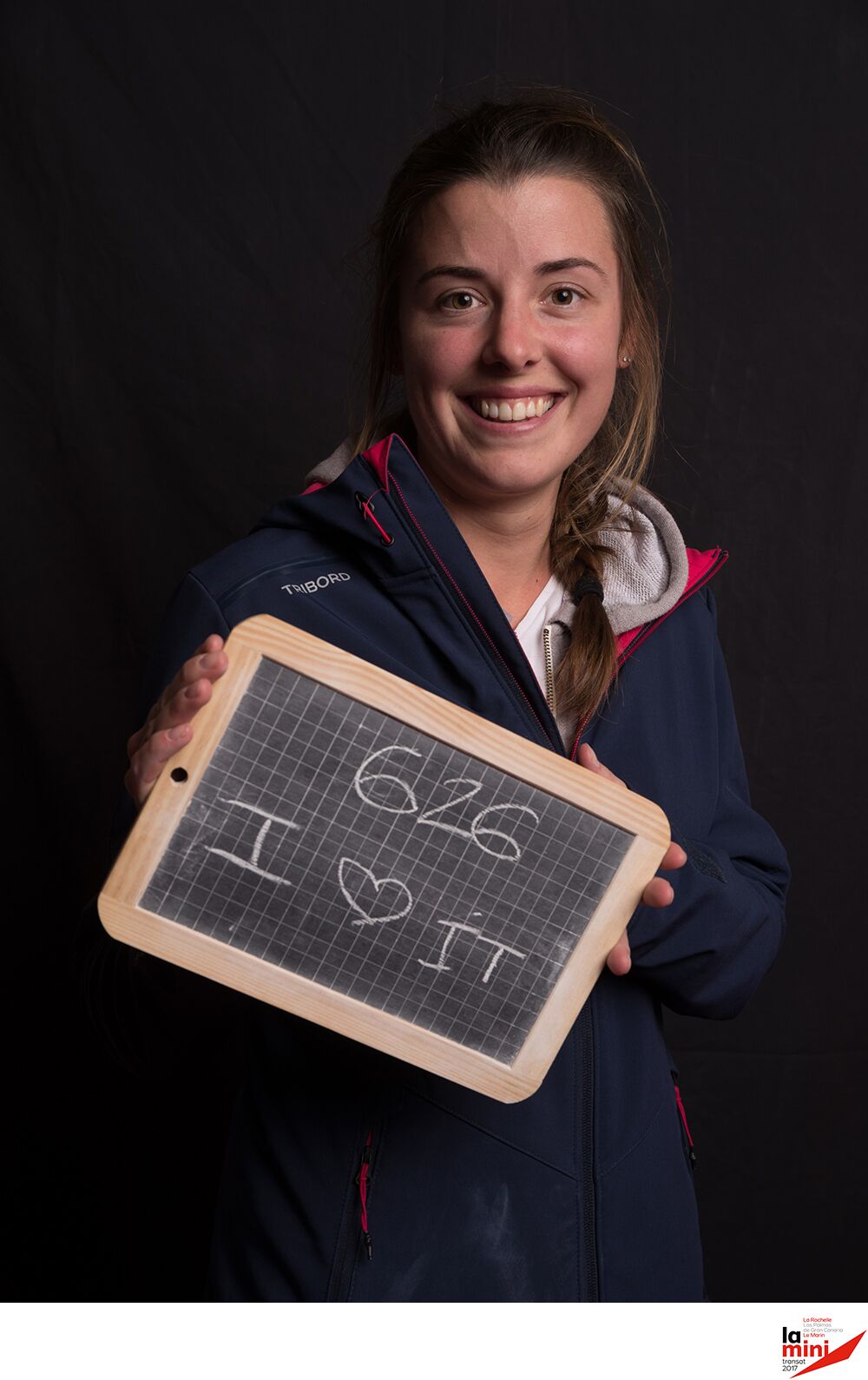 Decidedly, the Mini Transat is not an event like any other. In the offshore racing world, where women often struggle to carve out a niche for themselves, the Mini wrong-foots accepted ideas. For this 2017 edition, ten women will be at the start and have no intention of letting their tickets go to waste.

Is it the size of the boats where manœuvres remain on a human scale, the diversity of the applicants’ profiles at the start or the Mini Transat’s function as a rite of passage? The fact remains that where a number of the major offshore races battle to attract the female sex, the Mini Transat appears to be flourishing in this domain.

One might well imagine that the list of fine ladies from the offshore racing circuit have careers coloured by the Mini Transat. Indeed, Isabelle Autissier, Catherine Chabaud and Samantha Davies made their debut in the race before setting sail on the Vendée Globe adventure. Before finishing second in the Vendée Globe then beating the solo round the world record, Ellen MacArthur also spent time in the ‘Mini school’. More recently, Justine Mettraux, second in the 2013 edition, has been considered to be a rising star in the Figaro Bénéteau class after a foray into the crewed round the world Volvo Ocean Race. Isabelle Joschke is another face that shone in the Mini Transat before she went on to join the Figaro circuit and then the Class40, where she has constantly ranked among the front runners.

A youngster, merchant navy officers and a round the world sailor

For this edition, the wealth of profiles testifies to the fact that there is no single route to the Mini Transat. Without a shadow of a doubt, it is following the progress of their friend during the 2015 edition, that Clarisse Crémer and Nolwenn Cazé decided to take similar career choices. Both of them were able to witness first-hand how persistent you have to be to be prepared for start day. They were also able to assess just how entrancing this race is for those who set sail on the adventure. Nolwenn Cazé is also a Merchant Navy Lieutenant. The minute her holidays allow, she switches boat sizes, going from a cableship to a Pogo 2, the most widely produced production Mini.

Meantime, Marine André will be the youngest competitor in the race at just 22 years of age. Without much experience, she made her debut in 2016 in the pre-season races, before setting sail on her first offshore race, Les Sables – Les Açores – Les Sables.

There will also be two Spanish sailors in the female contingent. Marta Guemes will be in familiar waters since she originates from the Canaries where she practised before joining the training centre in La Rochelle. Catalan sailor Anna Corbella surely has the finest track record of this Mini Transat with one Mini Transat already to her credit and two participations in the Barcelona World Race, the double-handed non-stop round the world race. Anna also organises the Mini cluster in Barcelona. The international element is unquestionably the trademark of the Mini Transat, since it will also feature a German sailor, Lina Rixens, a student in medicine, who devotes the bulk of her spare time to training in La Rochelle.

Clearly, it is part of the Mini Transat’s vocation to mix up the profiles of its competitors. Amateur or professional, man or women, novice or repeat offender, there is no other race that enables such a melting pot on the start line. It may well be this factor that makes it such a hit with these ladies…