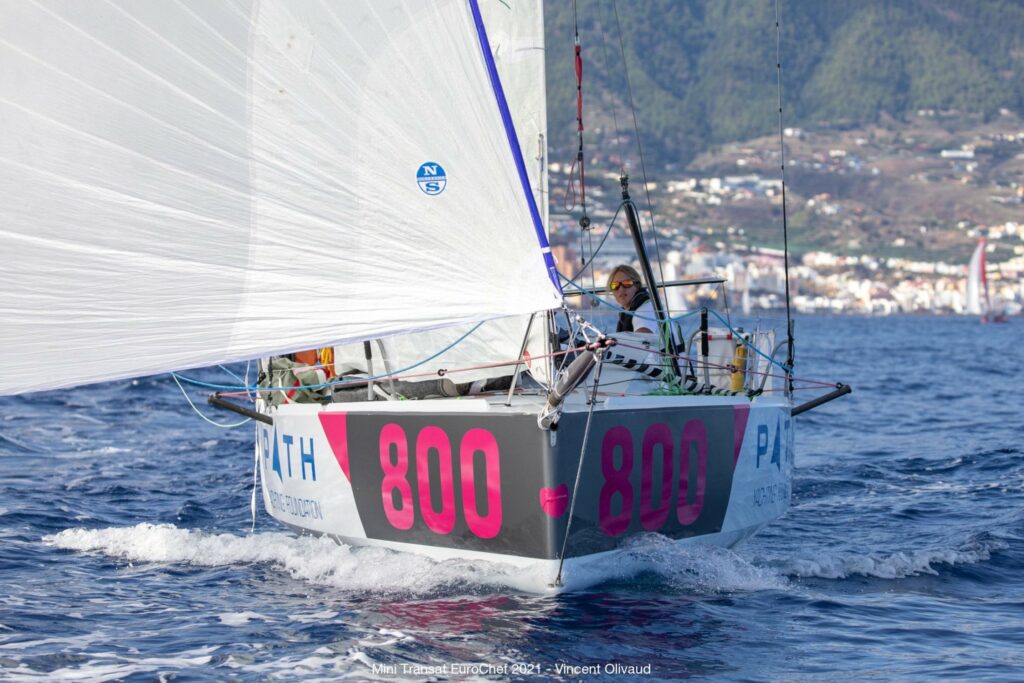 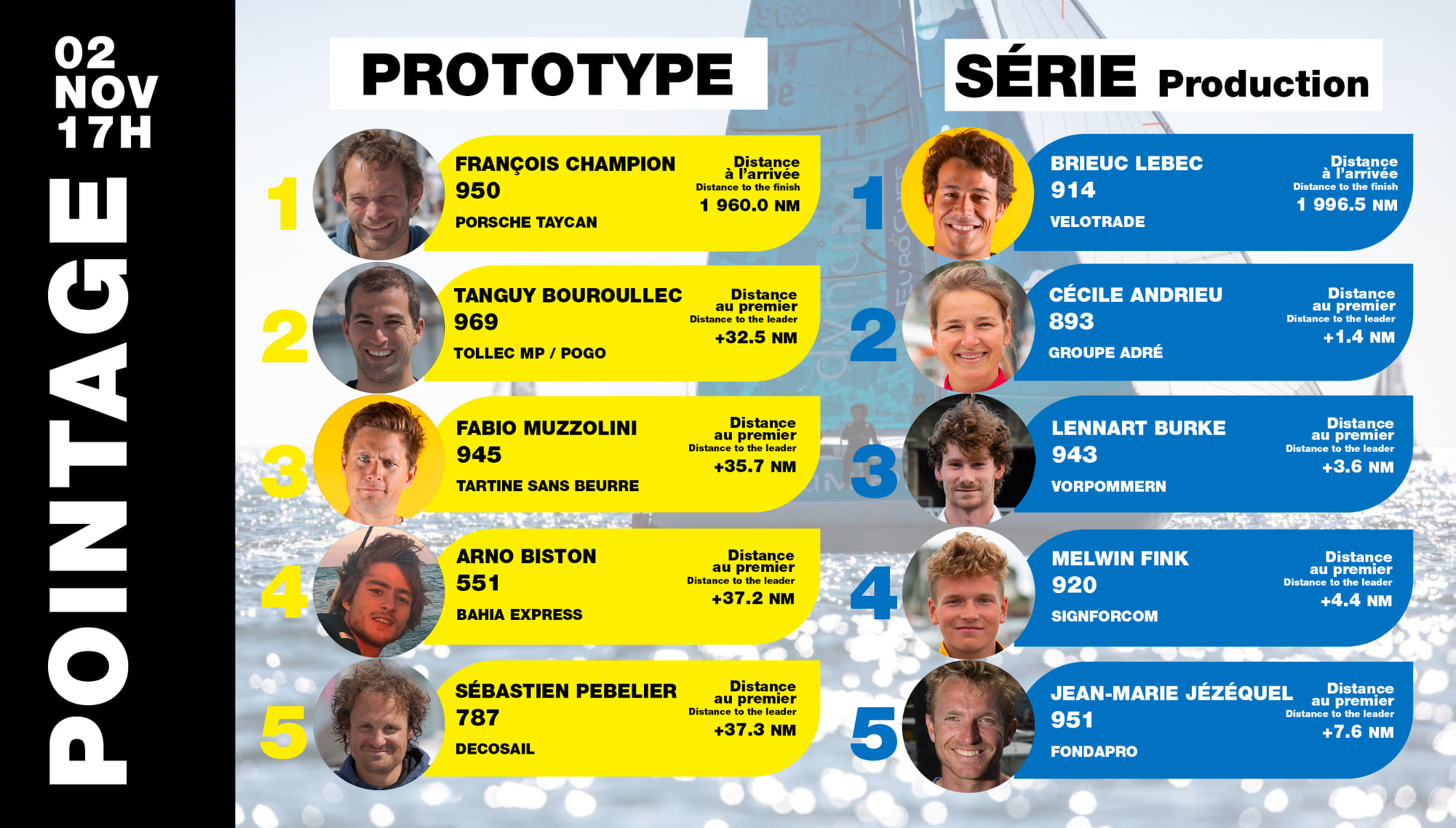 There has been little to no change in the scenario between the Canaries and Cape Verde over the past two days.

A stationary low-pressure system is continuing to sprawl lazily across the Atlantic and to its south lies a band of calm conditions, stretching over 100 miles. The 84 competitors still out on the racetrack in the 23rd edition of the Mini Transat EuroChef are continuing to zigzag their way along in a bid to gain southing, where there is more pressure, and also westing, which will take them closer to the goal, before they are finally able to hang a right at the given moment.

The descent southwards continues for the sailors competing in the Mini Transat EuroChef, who now boast a lateral separation of over 300 miles. Put plainly, there are boats every which way and the skippers are seeking to position themselves as best they can whilst regularly performing a sequence of gybes.

Though the strategies vary widely, the speeds of each of the groups remain relatively similar since they’re all tending to fluctuate between 7 and 9 knots.

Over the past 24 hours, some have pulled off better moves than others. Such is the case among the prototypes for example, where the option chosen yesterday by Irina Gracheva (800 – Path) and Arno Biston (551 – Bahia Express) to plunge due south has really paid dividends. As a result, this Tuesday they’re back in the top 10, right behind the top group including Tanguy Bouroullec (969 – Tollec MP/Pogo), Sébastien Pebelier (787- Décosail) and Fabio Muzzolini (945 – Tartine sans Beurre) at the latest position report.

A position report sees François Champion (950 – Porsche Taycan) still at the head of the ranking thanks largely to his position closer to the direct route.

Dropping down at least as far as 20° North

Among the production boats, those sailors making headway closer to the direct course also have the edge. Such is the scenario for the whole of the little group made up of Brieuc Lebec (914 – Velotrade), Cécile Andrieu (Groupe Adré), Lennart Burke (943 – Vorpommern), Melwin Fink (920 – SignForCom), Jean-Marie Jézéquel (951 – FondApro), Thomas De Dinechin (909 – Pierrite – Adameo), Federico Waksman (Like Crazy Uruguay), Léo Debiesse (966 – Les Alphas) and Hugo Dhallenne (979 – YC Saint Lunaire). This group is comprised of a  significant number of the class’ big guns and leaders of the ranking at the end of the first leg.

Indeed, it would seem that all of the latter are gambling on the westerly option in a bid to enjoy a better angle of descent in relation to the ESE’ly breeze, whilst their adversaries further west will have to contend with a NE’ly breeze. On paper, the option has its merits, but each of them will have to be very careful not to follow through too far with this course or they may end up being becalmed in two or three days’ time. Once again, it’ll be all about compromise.

To avoid this area, the solo sailors will have no other choice than to continue dropping down below this point, which equates to around 150 miles north-west of the Cape Verde archipelago, before bending their courses around towards the Antilles Arc. What this means is that they won’t really be able to hang a right before Wednesday or Thursday evening.

It’s also worth noting that Cyril Oms (591 – Fantomas) is planning to scale his mast to try to resolve an issue with a spreader, but all’s well aboard.