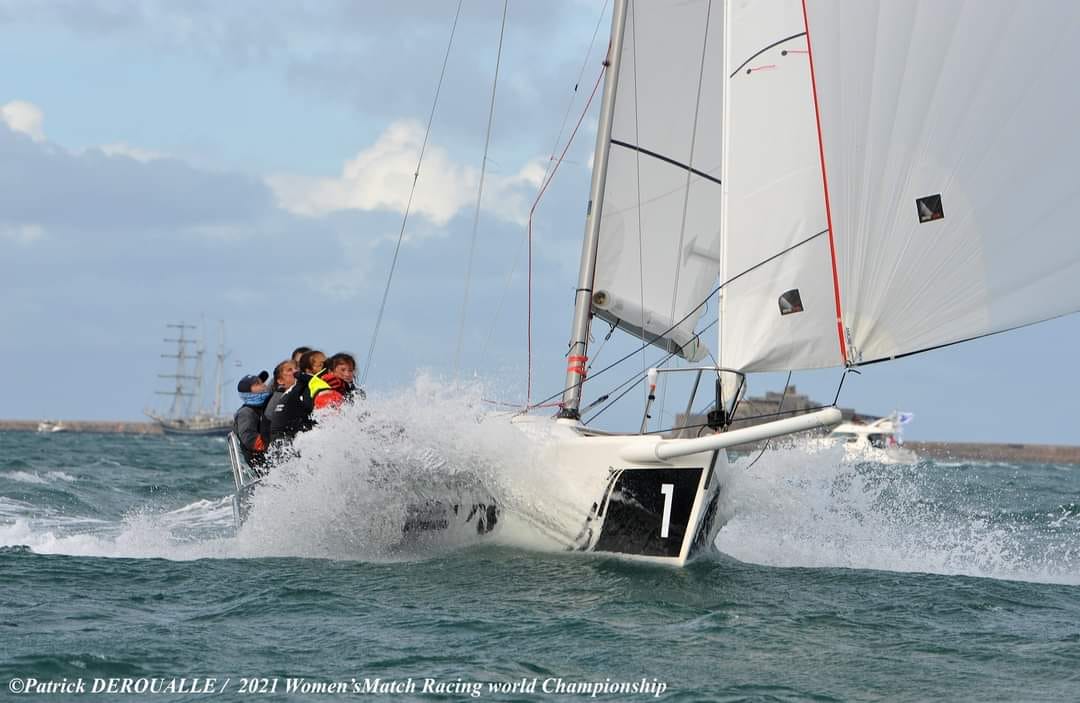 The Match in Pink Team won all of their races at the Women's Match Racing World Championship. Pic - Patrick Deroualle

Starting strongly, Match in Pink never wavered and notched up a 7-0 record in the first round robin, leading from Dutch Match Racing Team skippered by Renée Groeneveld (NED) with a 6-1 record and WINGS led by Anna Östling (SWE) finishing on 4-3.

The excellent form continued into the second round robin as the French team repeated their feat with a perfect 14-0 score, with Groeneveld ending on 12-2 and Östling at 9-5, ahead of Riou’s 8-6 record.

All four teams advanced to the semi-finals, where Courtois beat Riou 2-0 and Groeneveld took on Östling, also winning 2-0, to reach the finals.

In the Petit Final it was WINGS versus APCC. Here, Östling overcame Riou 2-0 to take third.

The top two teams throughout the race then faced each other in the Grand Final – with Courtois’ Match in Pink maintaining perfect performance to beat Groeneveld 3-0 to gold.

Speaking after the event, Courtois said, “Winning this year – becoming world champions – is just starting to sink in. We came so close last time! We really worked hard as a team and we’re incredibly happy this all paid off.”