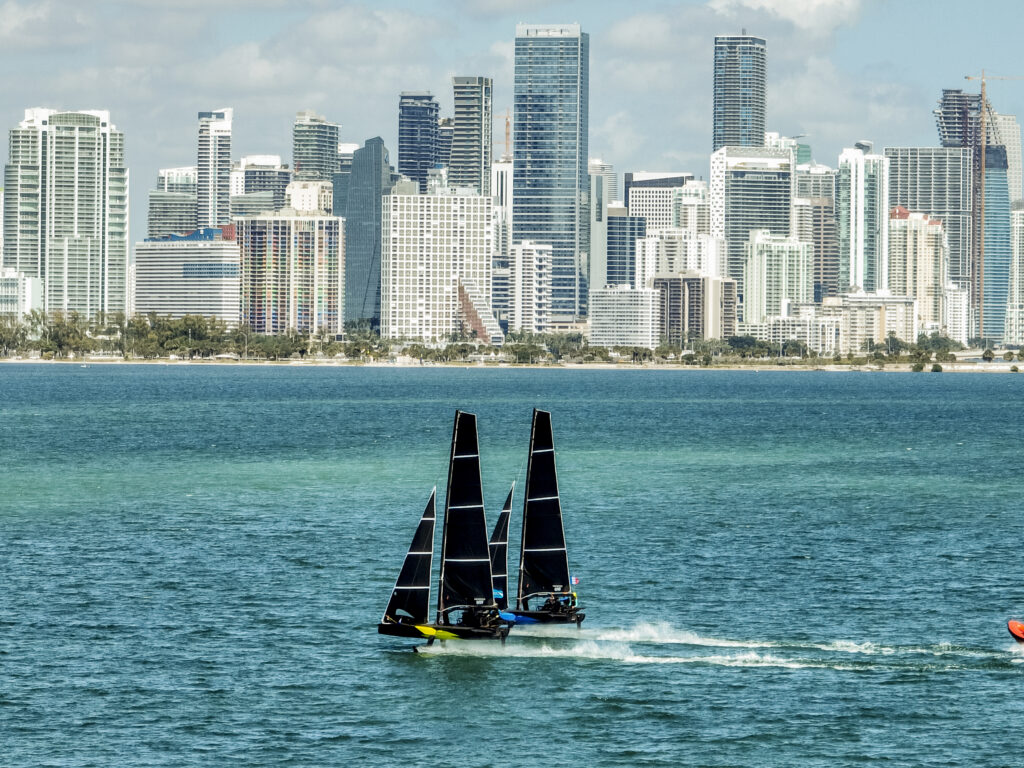 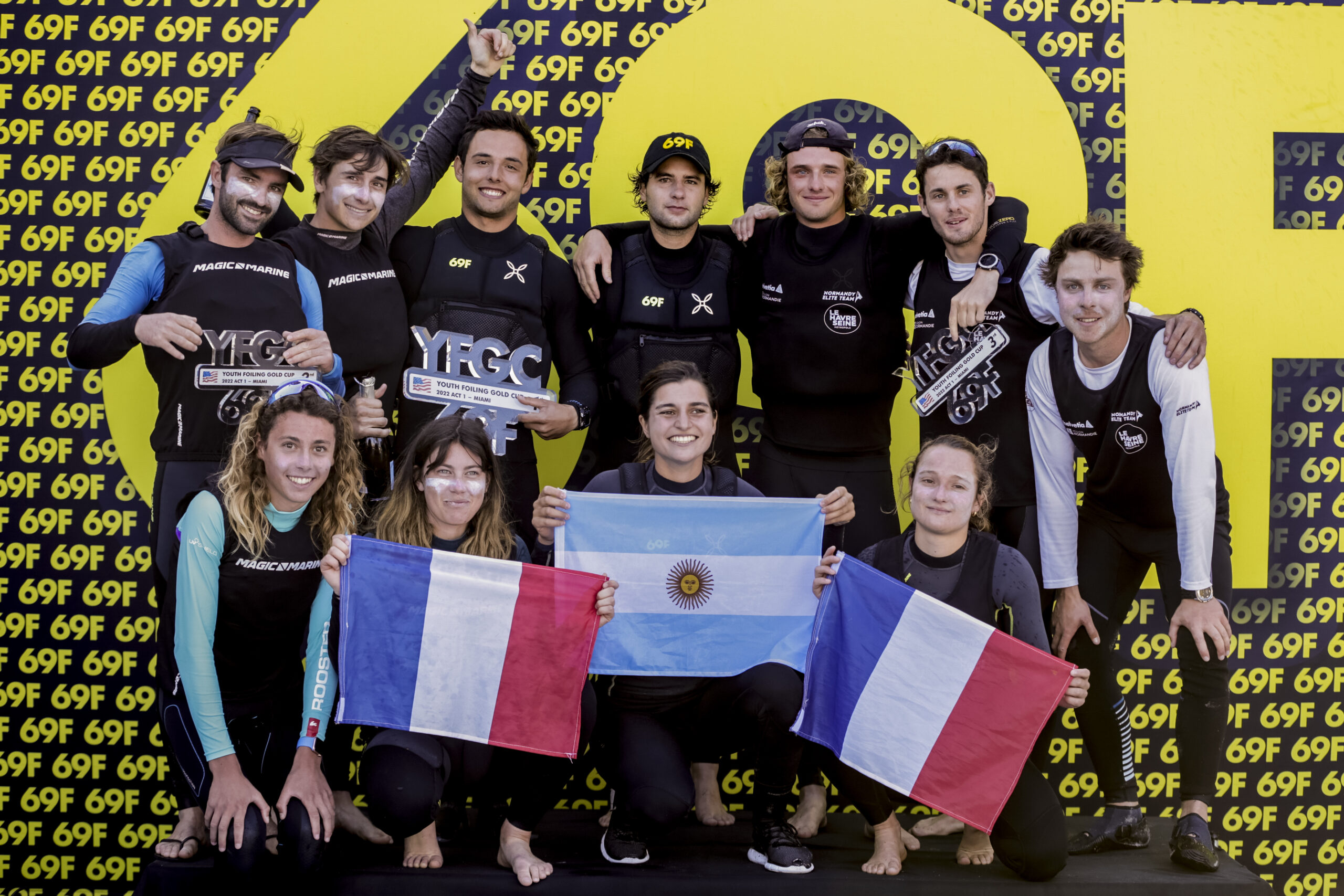 The 69F swapped the cool mountain water of Lake Garda for the sultry seas of Miami’s Biscayne Bay with the opening act of the Youth Foiling Gold Cup (YFGC) last week, and by all accounts it was a brilliant success.

The first act of four in the 2022 season that splits events between the United States and Europe saw a mix of American, European and New Zealand teams keen to mix it up on the emerald waters of Miami.

Light winds in the early days of the regatta stuck the flying boats to the water and didn’t provide the reliable flying thrill that the sailors had come for. The fleet still enjoyed close racing in displacement mode, highlighting the Persico 69F’s versatility, and started to get to grips with flying mode when the wind allowed.

The new French team, Helvetia by Normandy Elite, topped the rankings after the qualifying rounds and were allowed to skip the knockouts and instead sat and watched as first San Francisco Flyers, Sail America and then RNZYS were eliminated.

When it came to the finals, the wind built and the Persico 69Fs flew around the racecourse. The shining droplets of spray kicked up by the foils were only outshone by the smiles on the sailor’s faces as fast foiling boats on Miami’s green waters proved to be the ultimate antidote to the winter blues.

While newcomers Team Thailand won one race and the leaderboard was well shuffled during the 10 races for the finals series, experience counted and Team Argentina and Real Team France traded blows, and victories, at the front of the fleet. While Real Team France made a last push for the top step of the podium by winning the last race, and its double points, the Argentinians maintained their lead and secured victory in YFGC ACT 1 in Miami.

“We had a really tough day fighting with the French, we were really close and they almost beat us in the end. We just needed to keep things simple because we hadn’t scored lower than second all day. Still, there was a moment in the last race when we made a mistake and they would have won, but we recovered to save our lead,” Teresa Romairone, Team Argentina, said.

“We decided to come to the 69F event in Miami because it’s a wonderful boat, it allows young sailors to sail on high performance boats and the whole circuit is very professional. There are teams coming from all over the world and we get to sail on some of the fastest boats in the world. It’s a great family,” Pierre Boulbin, Real Team France, said.

With two successful American events, 69F CUP and YFGC, now under their belt, Team 69F has clearly demonstrated that the Italian recipe of fast sailors on foiling boats has found new fans on both sides of the Atlantic.

Meanwhile, back in Europe, training for new teams hoping to get a jump on the season continues in Valencia, Spain, in preparation for the European season that will kick off with Grand Prix 1, April 12 – 17, followed by round two of the YFGC in Portorose, Slovenia May 16-22.