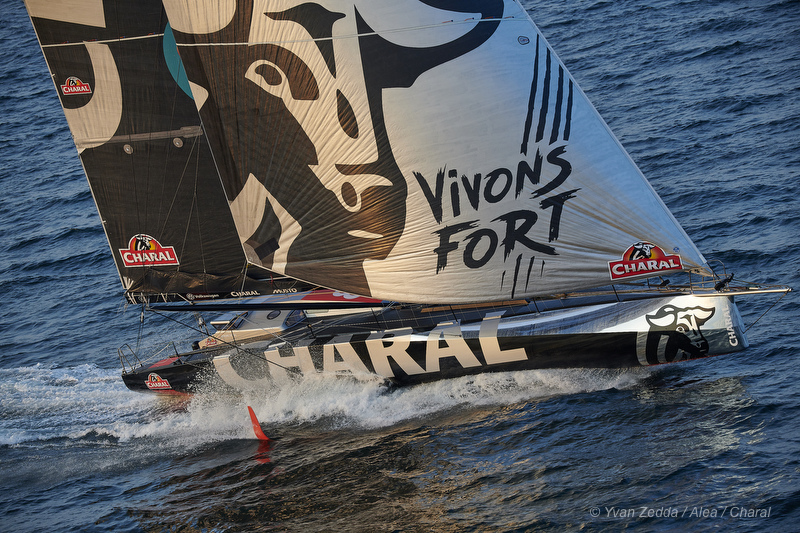 With the latest foiling technology

Last year it was a dynamic new deck layout by Galeon that picked up the Innovative On-Board Design Solution award sponsored by Fusion. As foilers enter the mainstream, will the technology make them a front runner in this year’s Awards?

With the countdown begun to the 2019 Boat Builder Awards, held in association with Raymarine, IBI spotlights some of the key trends and innovations on the judging panel’s radar. Last year Galeon Yachts and its walk-through layouts for 640 FLY and 650 SKYDECK won the Innovative On-Board Design Solution award, sponsored by Fusion – is 2019 the year foiling technology will make the Award headlines?

Foiling yachts have been hitting the headlines over the last twelve months and are undoubtedly one of the hot areas of innovation right now. On the heels of the America’s Cup and SailGP exposure, foiling technologies have been trickling down through the production boatbuilding scene with the likes Beneteau, UAE-based Enata’s ‘Foiler’, and Princess’s R35 with its Active Foil System, capturing hearts and minds by embracing variants of the foiling concept.

Judges for the 2019 Boat Builder Awards, held in association with Raymarine, are expecting this year to see foiler technology strongly presented in the list of nominations in the Innovative On-Board Design Solution award category, sponsored by Fusion, as builders harness the very latest production techniques and materials to refine and further commercialise for the leisure sector, what is in essence, a 100-year old concept.

Hydrofoil boats have been around since the early 20th century and whilst they offered improved performance (at least in calmer waters), the downside was the increased draft when stopped and the difficulty in mooring when the foils extended out from the side. Propulsion was also a major challenge with the varying draft when on and off foils, so hydrofoils tended to be used only for specialised applications, mainly for fast ferries and some military applications.

The Hysucat foil system used foils between the hulls of catamarans to generate lift and enjoyed some success but the foils were not deep enough in the water to be fully effective although several builders employed the system.

Some 40 years ago the Russians exhibited a hydrofoil sports boat at the London Boat Show in Earls Court, but it did little to change the view that hydrofoils were not for the leisure classes. Under sail the Moth Class of dinghy adopted foils roughly about the turn of the century and showed what could be achieved but it reinforced the view that foils were for specialised applications.

Curious about the rest of the article? The article was published on IBINews.com, the website of the International Boat Industry. You can read the entire article here »