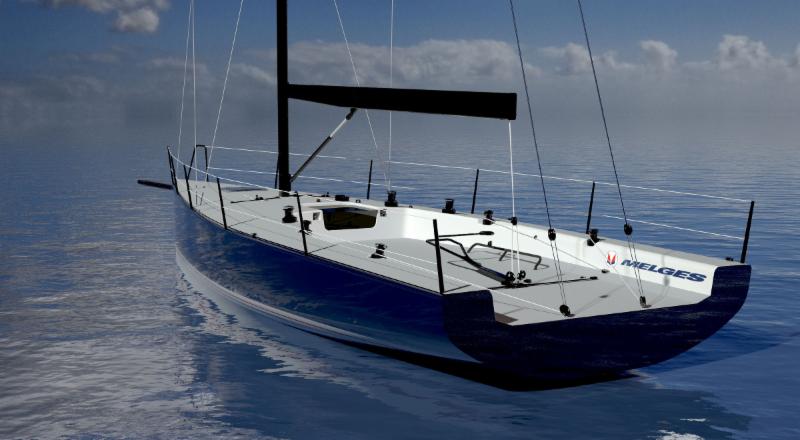 14/09/2017
ZENDA, Wis. (Sept. 13, 2017) — Melges Performance Sailboats has announced the addition of a new class to the Melges line: The IC37, a 37-foot modern race boat. Exclusively for Group 1 sailors, the strict one-design class will be simple and fun with competitive racing at sailing’s most celebrated venues.
Partnering with the New York Yacht Club (NYYC), Mills Design, Westerly Marine and North Sails, Melges looks forward to the opportunity to launch and develop the Melges IC37 Class Association. With critical mass already set in place by the NYYC, this fleet will be a modern one-design racer with an international reach. The IC37 is designed to be a one-design for the masses and a great IRC/ORC competitor with optional interior fit outs available.
Starting with a fleet of 20 boats owned by the New York Yacht Club, Melges will market and grow the class to international recognition. A Melges spokesperson said that when sailors step on to the IC37, they will step on to a one-of-a-kind, high quality product “backed by the industry’s leader in performance one-design racing and built by one of the leading performance boat builders in the world, Westerly Marine”. Melges Performance Sailboats will lead the development of the class association, the regatta circuit, measurement, one-design class rules, promotional events and new boat sales.
“The time has come for a strict one-design class of this size, designed and built to accommodate a wide spectrum of crew skills, targeting the Corinthian sailors of the world. We are dedicated to enriching all areas of one-design racing, including youth, Corinthian, women’s and Grand Prix style racing,” said Harry Melges.
The New York Yacht Club was the project’s visionary force. By using the first twenty IC37s to carry the Rolex New York Yacht Club Invitational Cup into its second decade and beyond, the NYYC is creating an established base for the new fleet.
From a number of submissions from top yacht designers around the globe, the NYYC selected a Mills Design proposal. Production is already underway at Westerly Marine of Santa Ana, California, an experienced builder capable of very high quality offshore builds. North Sails has joined the team as the class’s exclusive sailmaker for the one-design sail package. Harken and Southern Spars are named as official suppliers to the new class.
The strict one-design rules outlined by the Melges IC37 Class Association are built on the ideals of Corinthian sailing. All components will be built to the strictest tolerances and measured to ensure the tightest one-design rules. One-design sails will be enforced with no expensive sail development programs allowed – one main, one jib and one asymmetrical spinnaker. Rules will include limited hiking and a basic electronics package. The boat is designed for eight Group 1 sailors.