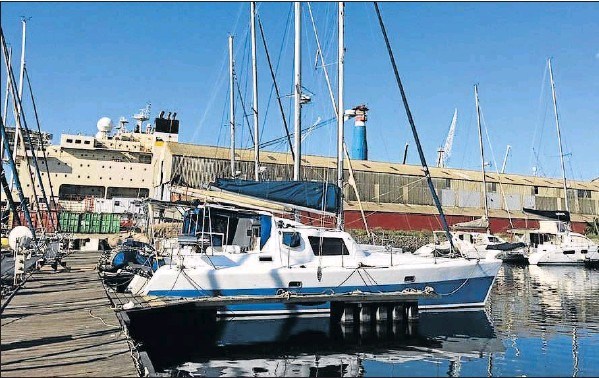 By Angela Daniels of The Herald Live.

Left with nothing but a borrowed pair of shorts, a T-shirt and a phone, a Port Elizabeth woman and her husband are now trapped on a Caribbean island after narrowly escaping Hurricane Irma at her worst.

The boat on which Cherie Wood, 46, and her husband Jonathan, 48, were living was moored off St Martin, an island in the northeast Caribbean Sea with a population of roughly 77 000, when the area took a direct hit five days ago.

Yesterday, Cherie’s sister Mary-Anne Thompson, 42, who now lives in Australia, said had the couple stayed aboard the yacht – their original plan – they would be dead.

During its passage through the Caribbean, Irma was ranked at the top end of the scale of hurricane intensity, a Category 5, for days.

It carried maximum sustained winds of up to 295km/h when it crashed into the Leeward Islands made up of Barbuda, St Martin and Anguilla.

The couple had sailed the uninsured yacht from Cape Town to Brazil and finally St Martin, where they had been cleaning other boats to make a living.

The Woods, whose yacht was among dozens that sank, had fortunately gone ashore where a stranger invited them to stay in his flat.

The roof was ripped off the apartment building and the couple forced to hunker down in the bathroom with their host.

Read the full story at The Herald Live.