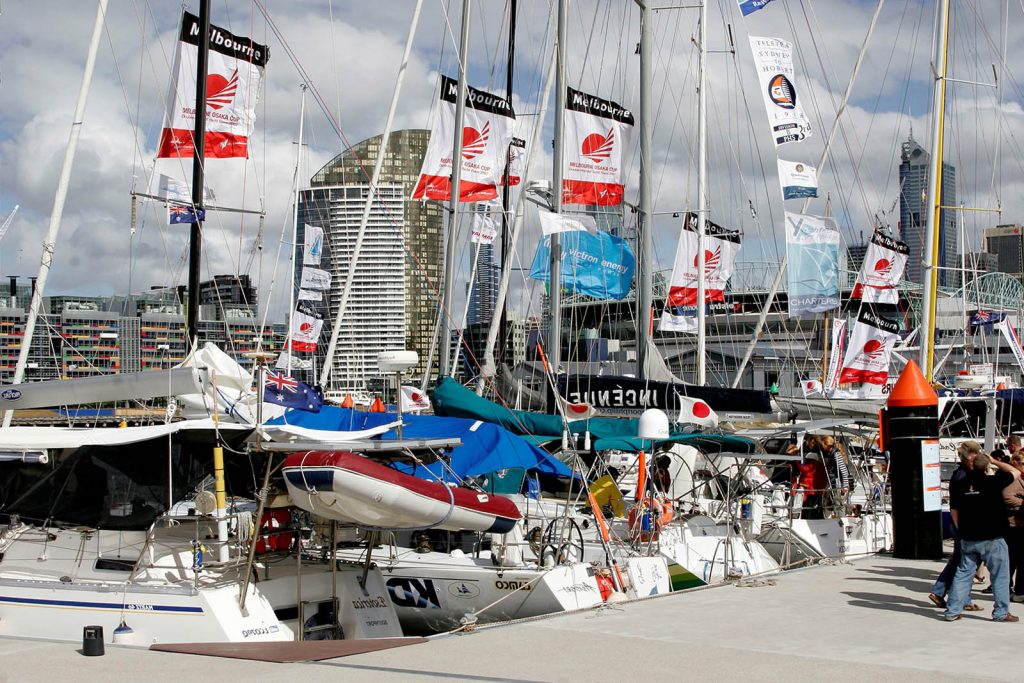 The announcement of the 9th running of the Melbourne to Osaka Yacht Race (M2O), scheduled to start in Melbourne in March 2025, has excited organisers.

Up to 117 expressions of interest have been received, from 10 countries.

In response, to assist boats and crews to start their planning, a Preliminary Notice of Race has been published (attached).

“The Melbourne to Osaka is one of the most unique and challenging ocean yacht races and is the longest longitudinal race in the world. The racecourse traverses the Pacific from south to north over 5,500 nautical miles.

Previous competitors call it the pinnacle of racing, and with only two crew on each boat, the race attracts sailors who enjoy the unique satisfaction of short-handed sailing,” race organiser George Shaw said. “This serious ocean race tests boats and crews to the limit and a long lead time is necessary to get to the start line.”

The average elapsed time for the race is 35 days, with the record of 21 days set in 2018 by the Sydney yacht Chinese Whisper. A staggered start over three weeks brings the boats of differing speeds together towards the finish line, with results calculated from handicaps applied to their elapsed time.

“The race is a real test of the crew’s skill, courage and endurance, through eight weather patterns, in potentially extreme conditions,” Shaw said. “It is the longest, most challenging ocean race to start in Australian waters and is the equivalent of [roughly] nine Sydney to Hobart Yacht Races.”

Melbourne and Osaka share many cultural and trade connections and the race in 2025 is an exciting lead up event to the opening of the World Expo in Osaka 2025, providing an attractive destination for sailors, their support crew and their families.