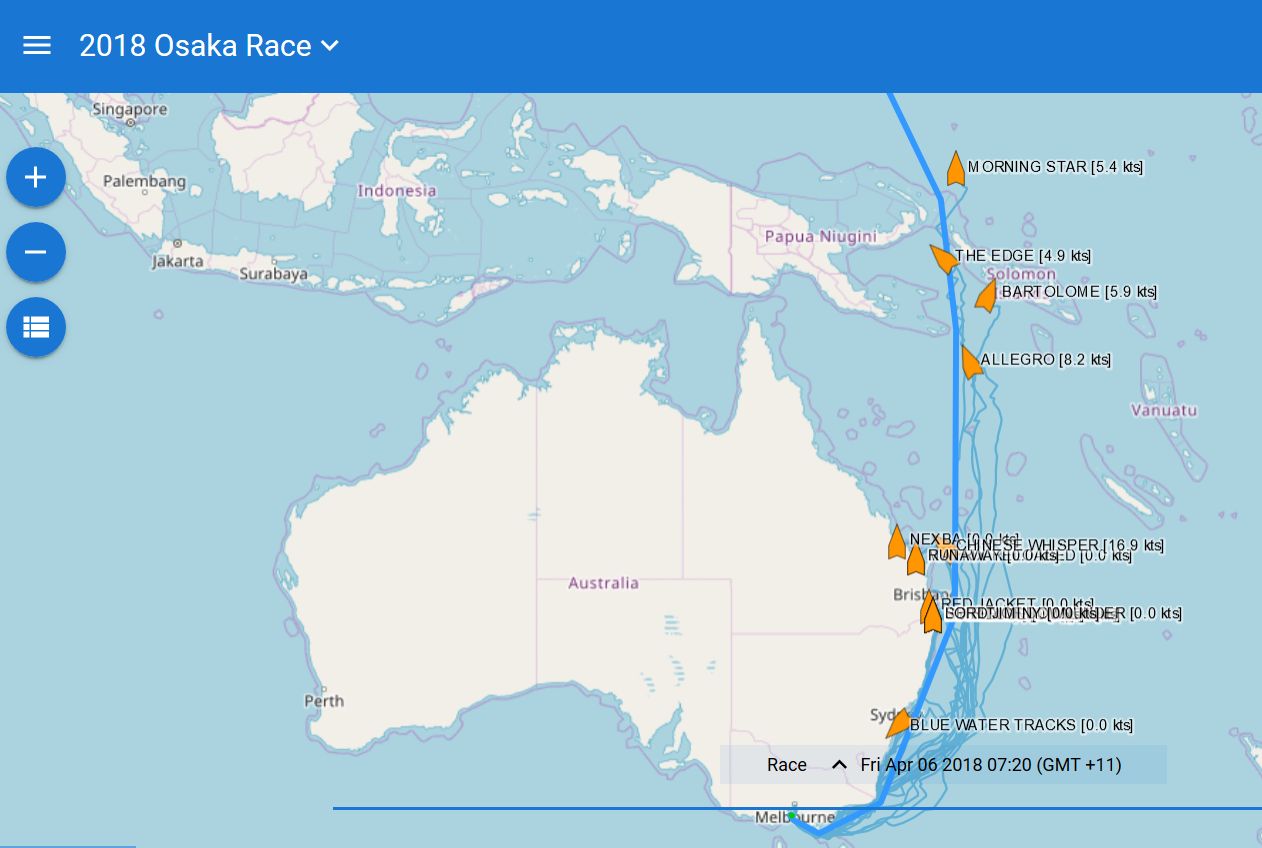 After careful review of the weather situation, and conditions relating to safe exit from refuges, the Race Director Simon Dryden is pleased to announce plans for competitors who suspended racing due to Cyclone Iris.

The race for those competitors who sought refuge will recommence Friday afternoon 6th April, and each competitor must return to their suspended racing latitude. They must not leave until 1pm.

The five yachts who were north of the exclusion zone continue to make good progress, with Morning Star now north of Papua New Guinea. She is being closely followed by The Edge, Bartolome and Allegro.