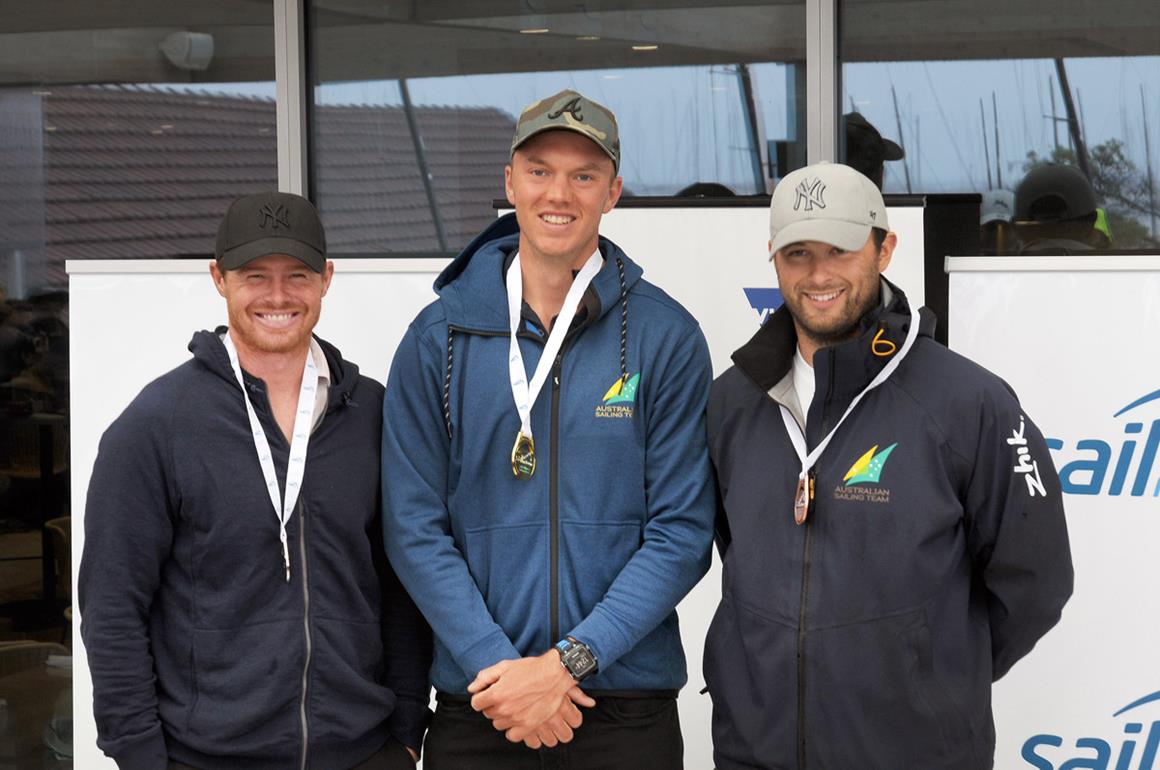 Invited Classes still have one day of racing left on Sunday, 3 December 2017 with the Race Committee continuing to monitor conditions at Royal Brighton Yacht Club. For the Olympic classes the cancellation on their final day meant that medal winners were decided on race results from the three previous days of racing.

A stellar-line up of Olympic and world champions had come to Melbourne for this year’s Sail Melbourne International with the men’s heavyweight Finn class one of the most anticipated fleets spearheaded by 2017 world champion Max Salminen from Sweden and Australian America’s Cup sailor, new-Finn addition and 2012 Olympic gold medallist in the Laser Tom Slingsby.

Drawing lots of attention to the event with his appearance in the Finn, Tom Slingsby left his plans for the future open: “I don't really know what I'm doing yet. As I said on social media a month or two back, I want to sail all of the classes I can and I've been very fortunate.

“NB Sail Sport’s Rob McMillan has loaned me a boat and given me some Finn equipment. I would love to come sail the Laser against these guys (Tom Burton and Matt Wearn) and do some sailing with them, plus sail the Finn again, I have a Moth on the way and I guess I'm just enjoying myself having a bit of fun and doing as many regattas as I can.”

Standing between Jake Lilley and Rio 2016 Olympic Laser champion Tom Burton, Slingsby added: “I want these guys to go to the Olympics and win gold medals, so if I don't campaign, I will still be here as a training partner for them and help them as much as I can.”

Rio 2016 Olympic silver medallists Jason Waterhouse (NSW) and Lisa Darmanin (NSW) won the mixed-multihull Nacra 17 and were all smiles despite the wind and rain on the final day.

“The event was awesome. We had really good weather until today and it’s been lots of fun tearing around on Australian waters again. It’s always raining on pack up day and you’ve always got to have one of these days down in Melbourne. But it’s been a really fun event and it has been cool racing with the Nacra 15 (Invited Classes) who are here and I hope they still get some racing in” Lisa Darmanin said.

Australian Olympic teammates and Rio 2016 silver medallists Mat Belcher and Will Ryan won the men’s two-person dinghy 470 event ahead of Japan’s Daichi Takayam and Kimihiko Imamura in second and Doi Kazuto and Naoya Kimura in third. Rio 2016 Olympians in the women’s 470 Carrie Smith (WA) and Jaime Ryan (QLD) won the women’s event and finished fifth overall in the mixed fleet.

“It's Australian summer and this is the first event. We're all headed up to Sail Sydney next, which starts next week, so we'll do some training on the Harbour, do that regatta, and then our Nationals in Brisbane,” Joel Turner said about their busy Australian summer of sailing ahead.

US Sailing was represented with two 49er crews in Melbourne with fourth placed Nevin Snow and Mac Agnese enjoying the opportunity of sailing against the strong Australian 49er squad.

“You just can't get enough sailing. We pretty much had every condition here in Melbourne and started off with a pretty big bang in the front of the fleet, but struggled when the wind got shifty. Obviously, the Australians have it pretty good figured out, especially in the 49ers, so it's good to get into the mix here with the best guys. We’ll also be heading to Sydney next and are looking forward to more training and racing,” Nevin Snow said.

Ella Clark (WA) and Amelia Stabback (NSW) won the women’s skiff 49erFX and like everyone were understanding of the race committee’s decision. “The race officers have been fantastic this week. Today is unfortunate, but you can't really help it and it’s the nature of our sport. With the wind and waves you can see out there, it's definitely a good call not to head out today,” Ella Clark said.

In other results, Jo Sterling (QLD) won the RS:X ahead of Australian Sailing Youth Team’s Alex Halank (NSW), while the Bic Techno RS:X feeder class was won by Victorian Will Grimshaw.

Racing for the Invited classes is scheduled to resume on Sunday, 3 December 2017, depending on the race committee’s decision.