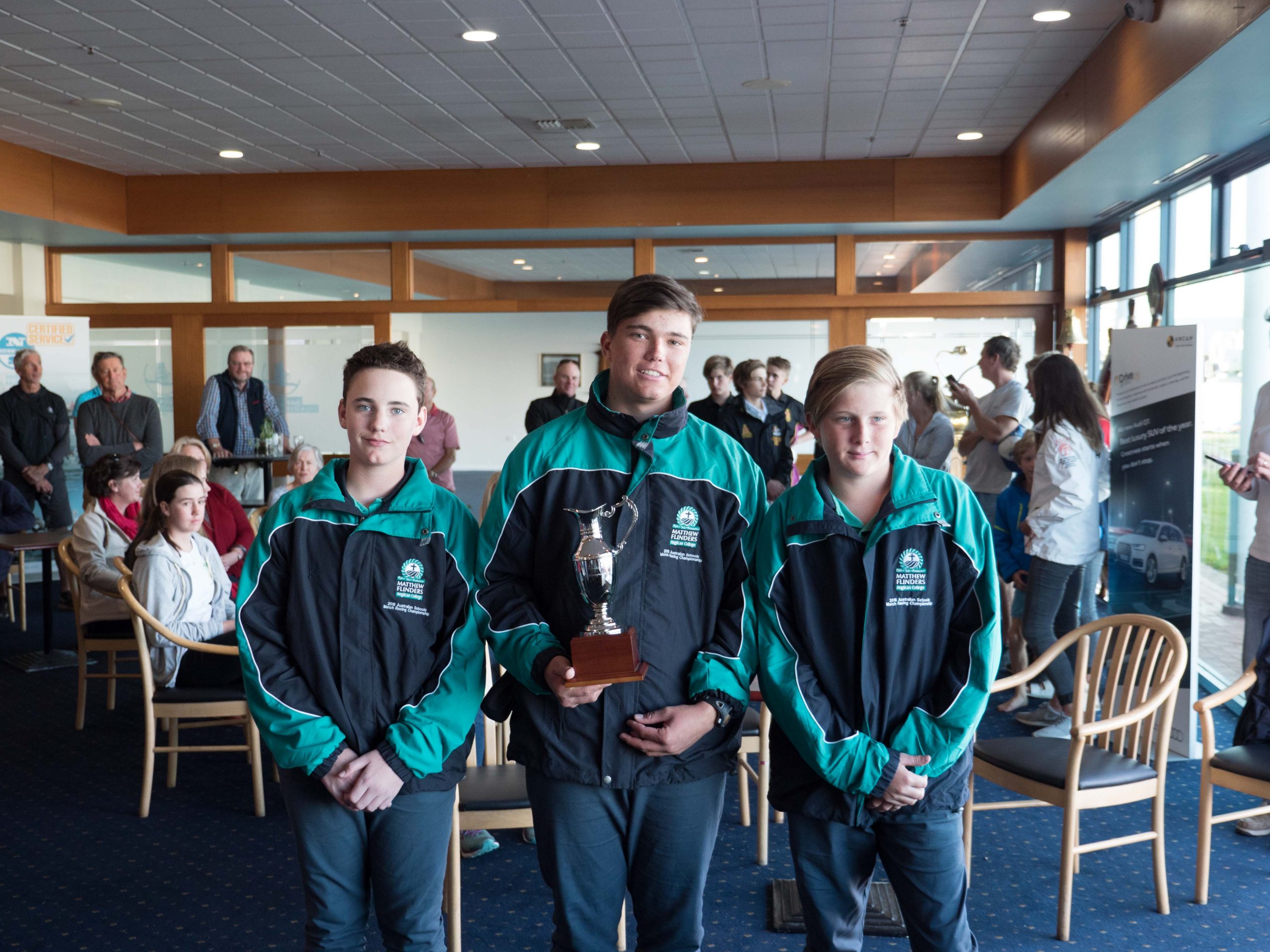 Young sailors throughout the world now enjoy similar spirited encounters of match racing, with an international circuit and major events in Australia such as the Warren Jones International in Perth, the Hardy Cup, the Harken International and the Australian Open and Youth Match Racing Championships.

Match racing has now moved into the expanding area of interschool sailing with the Royal Yacht Club of Tasmania hosting the inaugural Australian Schools Match Racing Championship on Hobart’s River Derwent over the weekend.

After three days of round-robin racing between 11 crews from schools in Tasmania, New South Wales, the ACT and Queensland, the event ended with two cliff-hanger matches.

Experienced 16-year-old James Hodgson and his crew of Fraser Brew and Taylor Rogers from Queensland’s Matthew Flinders College at Mooloolaba won the best of five match final from Tasmania’s Sam Abel and his crew of Jack Allison and Will Cooper from Hobart’s Hutchins School, 3-2.

Sailing in a light North to WNW breeze, the two crews put on “a stellar performance of match racing” in the RYCT’s Elliott 6 sports boats, according to race officer Stephen Shield.

“The weather gods certainly shone down on us all weekend, with Hobart today turning on a perfect, warm autumn afternoon and a reasonably stable breeze,” he added.

“The final and the petit final this afternoon were classic match racing – protests and penalties, aggressive start line manoeuvres and several finishes where the margin was just second.

“In a couple of race we saw crews force the other boat out at the pin end of the finish line as they ran abeam under spinnaker, before gybing back to cross ahead,” Shield recalled.

Local sailor Sam Abel and his crew made a determined effort to win the final, levelling the score in race two and then winning race three to lead 2-1. However, Hodgson fought back to win the last two match races.

Abel won the world championship in the International Cadet class in 2015, and although relatively new to match racing obviously is a quick learner.

The Petit final went to another Hutchins School crew, skippered by Sam King with his crew of Nick Smart, Charlie Zeeman and Howard Tapping.

The Tasmanians scored an exciting victory from the Sydney crew from Scots College of John Cooley, Alex Marinelli, Hugo Leeming and Tom Quigley.

Cooley won the first match, King won the next two to lead 2-1, but the Sydney crew levelled in race four with the next race the decider. King, an Australian champion in Sabots and Lasers, showed his experience under pressure to win 3-2. 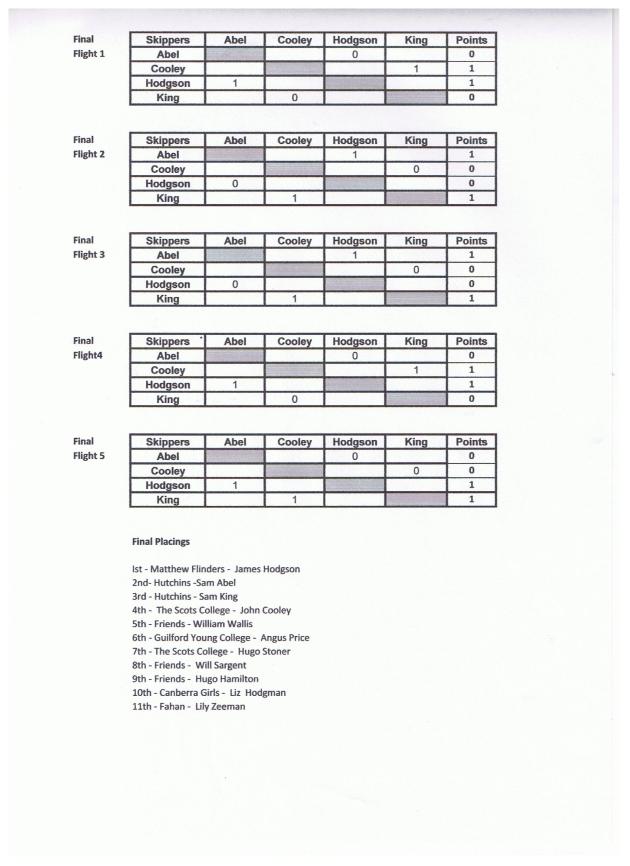