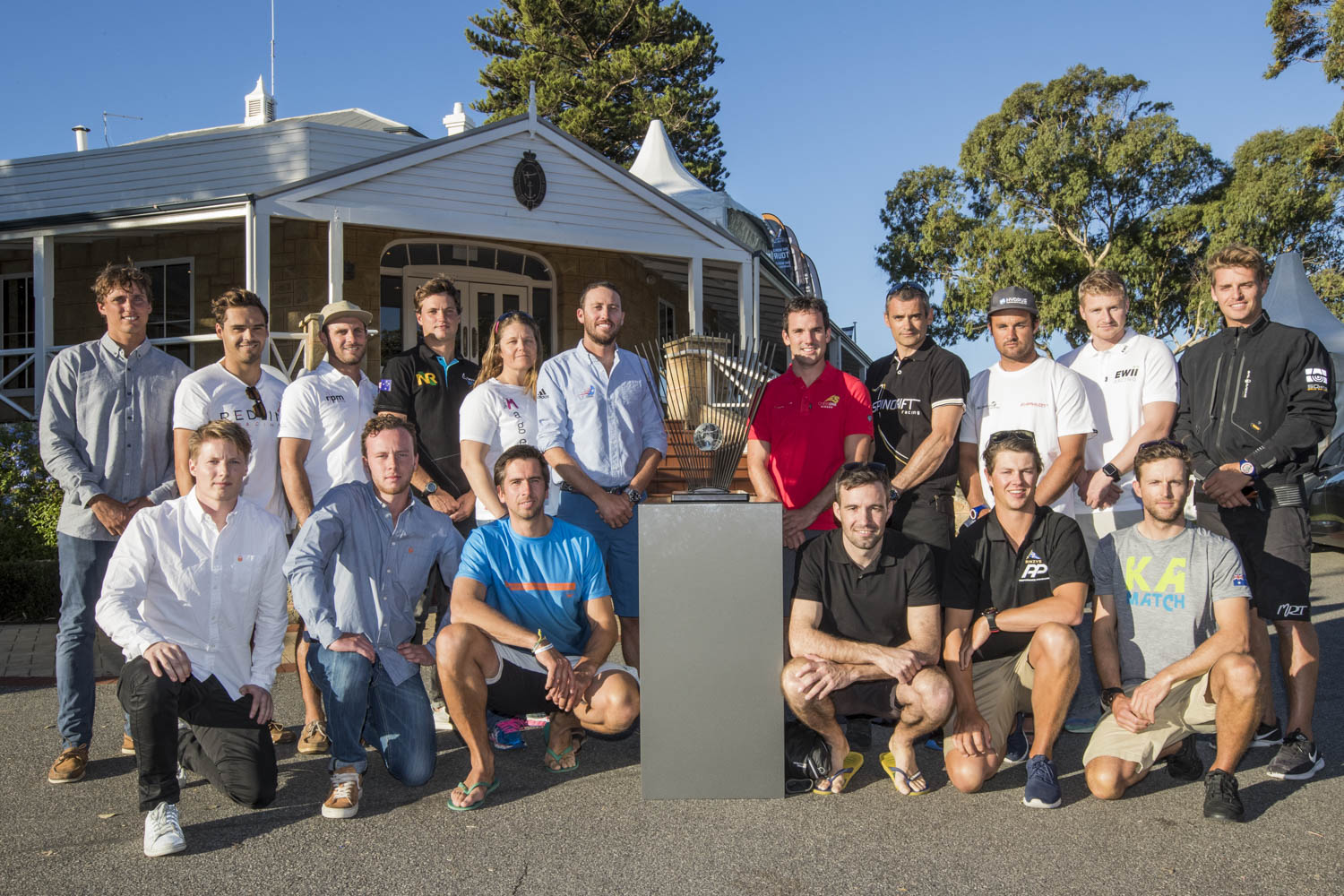 Perth, Australia (March 19th, 2017) – The who’s who of the match racing sailing world are rocking into Perth for the Match Cup Australia, the first Championship level event on the 2017 World Match Racing Tour, there are Olympic medallists, world record holders and world champions are as plentiful as confetti a wedding.

Britain’s Ian Williams won this event last year, and is back to defend his title. He has also won the Match Racing World Championship six times, a record in itself.

Commenting on sailing on the river instead of the ocean like last year he said, “It’s going to be flatter water, so that will change the racing a lot, I guess the handling will be a little easier, we’ll be able to get the boats a bit closer, but still just as fast, so I think it will be a great regatta.”

The current world champion is New Zealand’s Phil Robertson, and he is in town with his team to try and repeat last year’s success. Talking about the coming season he said, “We’ve got a title to defend, so we’ll be giving it a lot to make sure we’re strong enough to do it.

“The World Championships aren’t until October, so we’ve got time to warm up to it, and it’s all about that one event. We’ve been training in Valencia for the last few weeks, we’ve flown in today and we’re straight into it.”

However there are sixteen other skippers and crews in town who will do their best to keep both Williams and Robertson off the top step of the podium. Taylor Canfield from the US Virgin Islands is another past World Match Racing Tour champion from the monohull era of the Tour, he is catching up with the multi-hull match racing style fast.

The Spindrift Team from France are led by Yann Guichard, a speed man who is completely at home in multi-hulls. Until now he has been more familiar with big multi-hulls and long distance records, but with the arrival of the M32s he has set his sights on capturing the Match Racing World Championship.

Another one who is stepping down in size to join the Tour is Dane Nicolai Sehested, a former Volvo Ocean Race skipper, who has brought a strong team with him. Also from Denmark is Jonas Warrer, one of the many Olympians in the line up, he won a gold medal in Beijing sailing the 49er.

Sally Barkow of the United States leads the all female and multi-national Team Magenta 32, Sally’s depth and breadth of experience is enormous, from round the world racing to the Olympics.

The line-up isn’t short of very talented locals either, with brothers Sam and David Gilmour both skippering teams that will represent the host club, Royal Freshwater Bay Yacht Club. Torvar Mirsky is sailing for Royal Perth Yacht Club and Matt Jerwood is from South of Perth Yacht Club.

The event is being sailed on the Swan River’s Freshwater Bay, with the opening fleet racing rounds starting Monday 20th March to establish the seeding for the match racing which starts on Wednesday, with the final next Saturday 25th March.