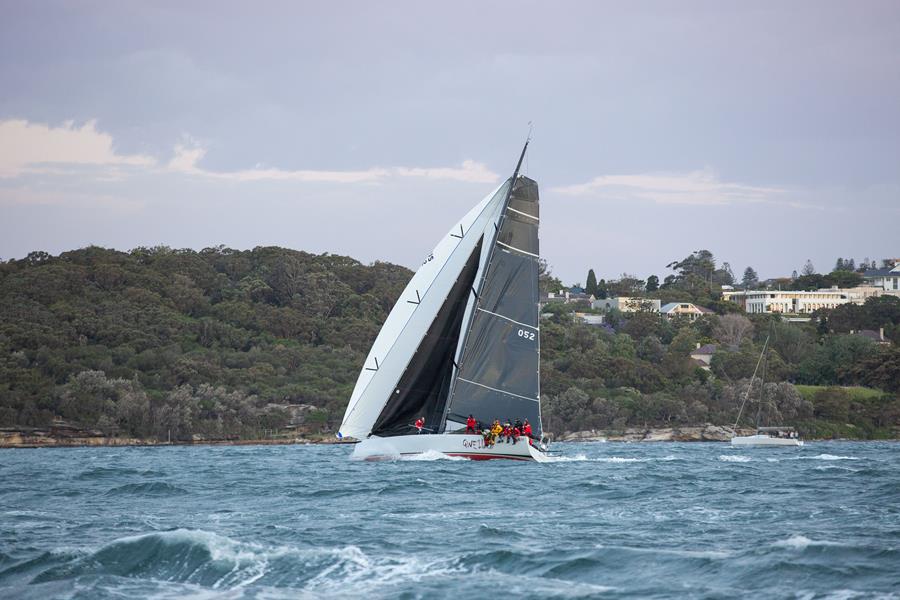 Gweilo takes their first IRC Overall win and look to continue their form for the rest of the season. Credit - CYCA/Hamish Hardy.

After a blustery and fast paced start in Sydney Harbour on Friday evening, teams blazed away into the night towards Cabbage Tree Island at full pace. The frontrunners and pace setters were the 100-foot super maxis, Black Jack, Wild Oats XI and Infotrack which were being closely tailed by Matt Donald and Chris Townsend’s Gweilo, punching well above their weight and showing they are one to watch.

So good was their run that by the time pack leader Black Jack rounded the island to turn for home, Gweilo and crew were a mere seven nautical miles behind. This performance did not slow and allowed the crew to reap the rewards of placing first in Overall and Division 1 across IRC Rating, ORCi Rating and PHS Handicap.

“It’s the first win for Gweilo, it's been in the country for 15 months now so to get a win across the divisions is huge. Especially in the tough conditions it's good to get through it unscathed and not having too many jobs on the list after it. We have good confidence in the tought stuff at the moment, there is always plenty of luck involved but we were on the right side of it in this race,” said skipper Wade Morgan.

“We are looking forward to the Bird Island race in a few weeks and just getting out on the water for another few training sessions with all the guys. We put this program together early in the year for the Blue Water Pointscore with the aim to peak as we head into the race to Hobart. Our results seem to be very consistent through the pointscore so hopefully we can hold on to that.”St Jude

Division 2 across both IRC and ORCi Ratings with a very close second in the Overall Divisions was CYCA Vice Commodore Noel Cornish's St Jude. A yacht that has performed well over the previous years and excels when racing on the wind, the conditions in this race played in to their hands.

“I'm very fortunate to have a great crew onboard who are very focused,” said Cornish. “It was a great race with some testing conditions, but I did not think it was a hard race compared to the conditions that you would get in an average Hobart.”

Commenting on the race, Commodore Paul Billingham said; “This has been one of the tougher Cabbage Tree Island races and it is the chance to sail in races like this that helps ensure that our Blue Water fleet is ready as it can be to deal with pretty much whatever arises in the Rolex Sydney Hobart Yacht Race.”

“Our Race Committee and Sailing Office team did a fantastic job in getting the fleet away on Friday – we’re fortunate to have them and the meticulous planning and execution of each race in the Audi Centre Sydney Blue Water Pointscore is clear to see”.

With the varying conditions that entrants saw throughout the race there were some retirements due to a number of reason from gear damage to time constraints as the wind abated coming in to the second night. These included Arch Rival, Carrera S, Dreki Sunnan, Euphoria, Insomnia, King Billy, Kioni, Koa, Minerva, No Limit, St Jude, Sticky, Wild Oats XI, Wings and Zen.