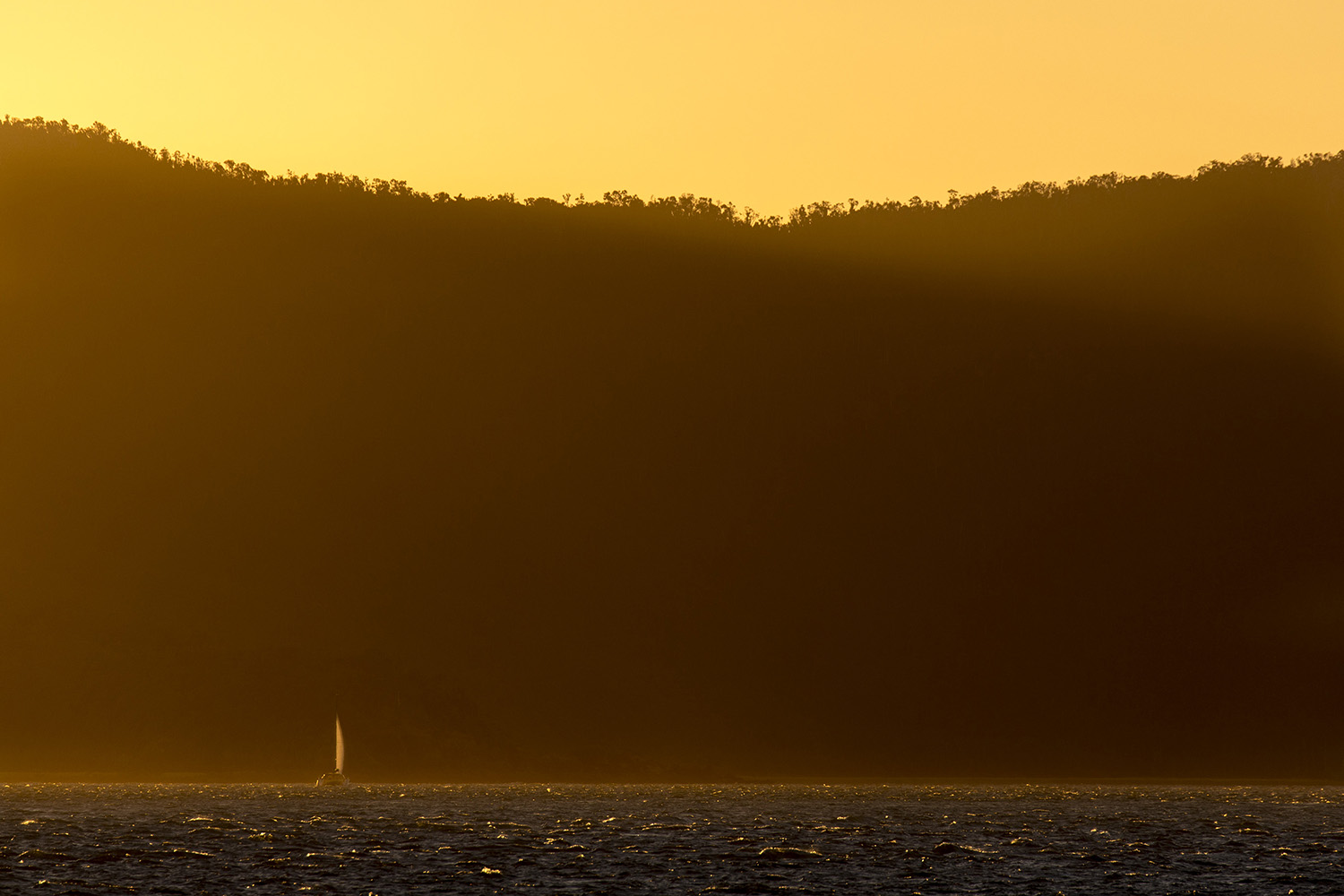 For the first time in the history of Airlie Beach Race Week, Race Director Denis Thompson and his race management team have organised a mass start for the 119 entries on the opening day, a fine start to the 30th anniversary celebrations.

The plan for the Whitsunday Sailing Club hosted event is to start the field in the eight classes across multiple divisions simultaneously from two start lines near the scenic Double Cones Islands. Some might say it’s like herding cats, but Thompson says no.

“It’ll be like a Sydney Hobart or Melbourne Geelong start – and I’ve done a few of those. And like the Hobart, we won’t be advising anyone who is over the line early until five minutes after the start,” Thompson said.

“It’s something different, but we’ve been planning it for a while.”

And the wind gods are playing ball. A light breeze was already in evidence at 7.30am and Thompson said: “There’ll be plenty of breeze – around 18 knots from the south-east and a nice sunny day.”

At the first morning’s briefing with the on-water team, Thompson said of Airlie Beach Race Week Festival of Sailing, “It’s good to see so many entries and the regatta being supported so well.”

The fleet will be split onto two courses – a shorter course for the smaller yachts, while the larger variety will do a longer windward reaching course, making for spectacular viewing.

The most anticipated clash between two TP52s, Matt Allen’s Ichi Ban and Marcus Blackmore’s Hooligan starts today in the IRC Racing division. The two are renowned for taking no prisoners so spectators are guaranteed to see some America’s Cup style match racing during the week.

Whether their fellow Sydneysider Ray Roberts can get between the two overall with his Botin 40, Team Hollywood, remains to be seen.

After racing, competitors will attend the prize giving at Whitsunday Sailing Club with entertainment from Acca Dacca. A free crew shuttle service provided for crews between the Club and Abell Point Marina where most are berthed.

Airlie Beach Festival Race Week Festival of Sailing invites one and all to come and partake of all it offers. Family, friends and locals alike are welcome to view racing and attend social functions.