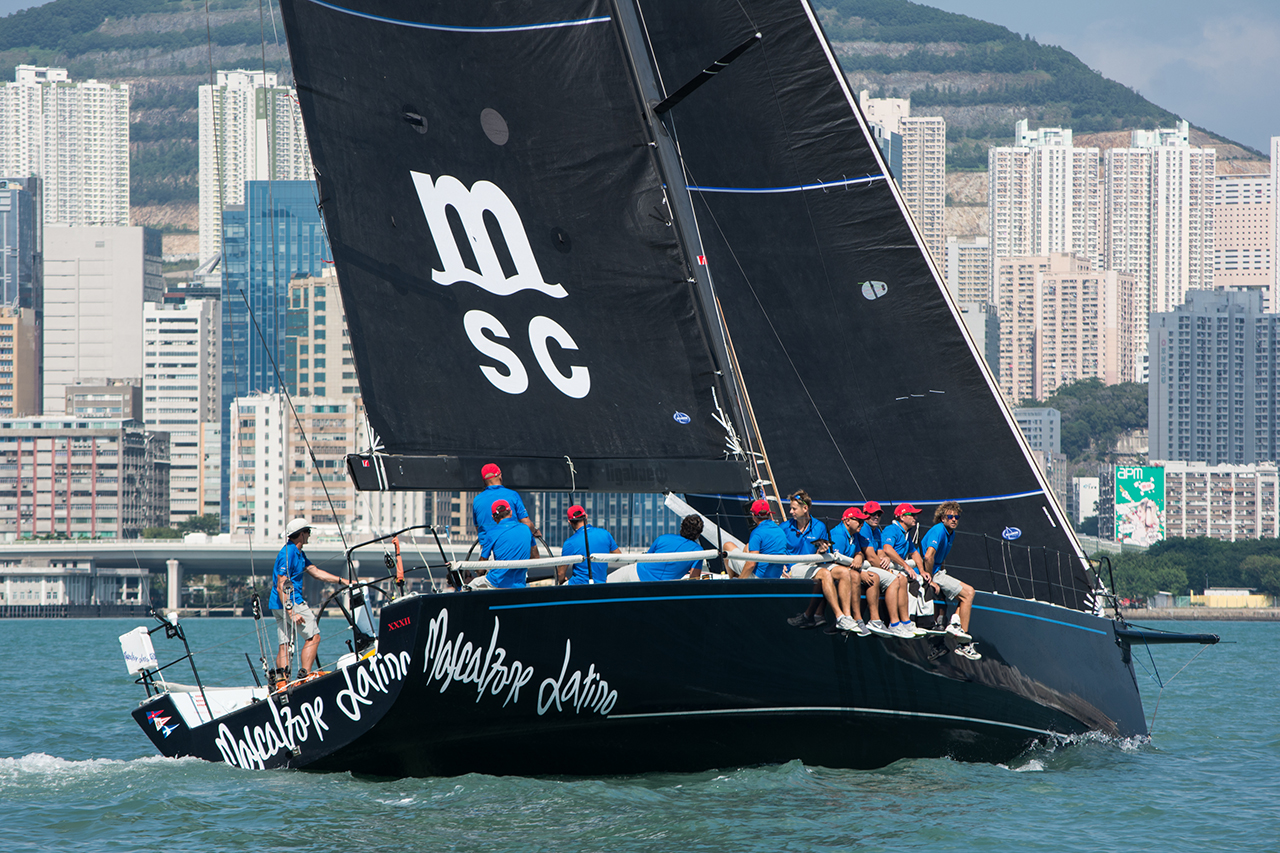 Mascalzone Latino owner Vincenzo Onorato commented on the Race on arrival, “It's the very first time we have joined the Volvo Hong Kong to Vietnam Race. It was amazing because we did the Race in 53h 26m 31s and we did around 770nm actual distance sailed – unbelievable!

“The only 'low' of the race was to just keep drinking water; there was no beer on board. The biggest high – we had a top speed of 30 knots; unbelievable.”

The Mills 41 Ambush won IRC Racer 1 Division after an epic run in which she punched above her weight, staying up with the 50 footers for most of the Race and clocking an impressive elapsed time of 61h 27m 59s.

Nick Southward said “It was a great race. It was really fantastic, especially the last day where we had a 'bucking bronco' ride down the coast of Vietnam, where we really were going very fast.

“We had a top speed of 18kts which is actually Whiskey Jack’s top speed ever. The introduction of staggered starts was a great move because it meant that we arrived at the same time as the big boats.

“The only low point of the race was when we wrapped our A4 around the forestay in the worst possible wrap you could imagine; hourglass top and bottom. We were really low for about an hour while we figured out how to unwrap it, but we eventually we did and it was great that it was still in one piece.”

The remaining boats are expected to arrive within the next 24 hours.

Full results will be available at: www.chinacoastraceweek.com/