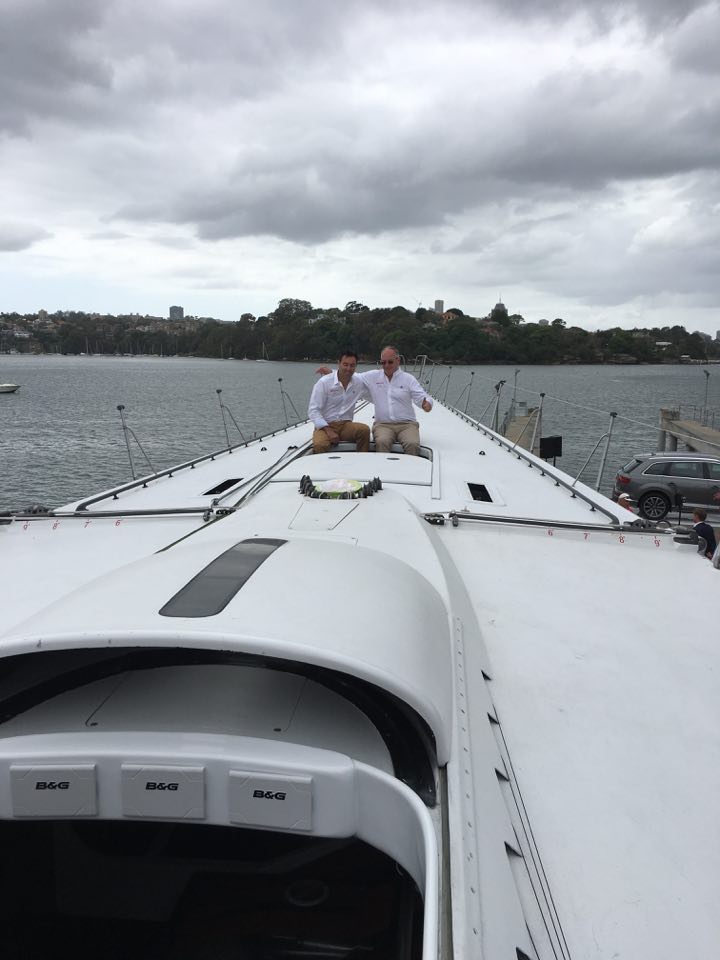 Mark ‘Richo’ Richards and Sandy Oatley have unveiled Wild Oats XI’s newest modifications at Woolwich Dock. The supermaxi has just undergone major reconstructive surgery after chopping 35 feet from the bow and 7 from the stern to create a longer bow.

Wild Oats XI has been in the sheds at McConaghy Boats in Mona Vale since returning from the Transpac Race earlier this year. Mark Richards described the modifications in terms of plastic surgery, breast augmentation, nose job, ear tuck and more, but was sure we would see the maxi launch out of the water on Boxing Day.  And when asked why they didn’t build Wild Oats XII he explained the cost difference, “It would cost $25m to build a new boat, this cost us $2m.”

And as Sandy Oatley put it, “It would look exactly like this.”

Wild Oats XI is expected to have her first sail this weekend, she will then be training throughout December and competing in the  SOLAS Big Boat Challenge on December 15.