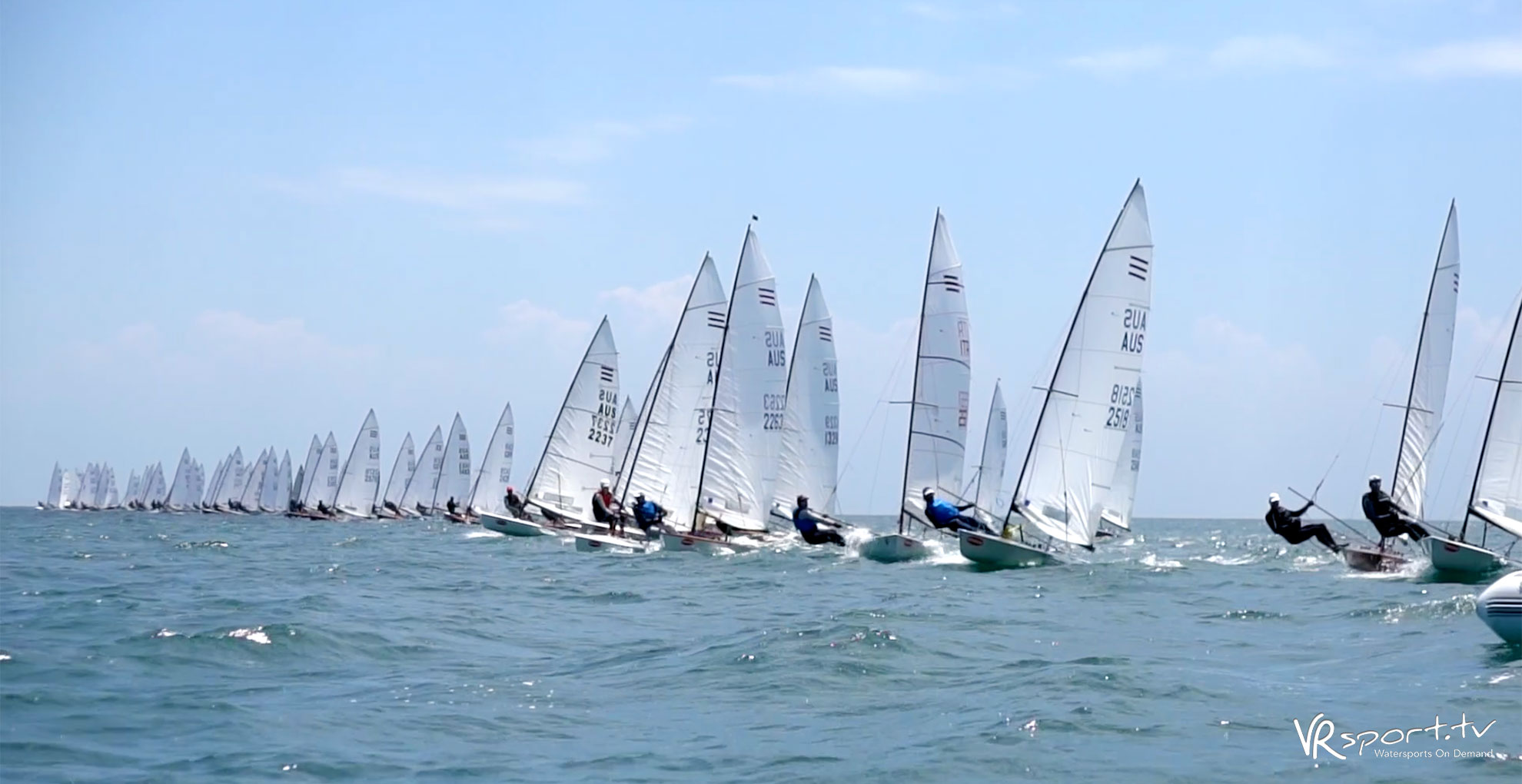 Bulka, representing the Championship host, McCrae Yacht Club, went out on a high note, winning the final race from Italy’s Antonio Lambertini, with Beebe third, to take the Championship win by six points.

Seven-time Contender world champion, Andrea Bonezzi, climbed back up the rankings to finish third overall after a final race finish of fourth.

Two races were planned, but light winds meant only one race was sailed, so the series finished one race short, as it did last year when Beebe took the tile from Bulka.

Beebe came off the start line like a bullet, but close behind shadowing was Bulka. By the gybe mark Bulka was second and closing the gap fast. Criss-crossing each over the beat, Bulka took the lead and never looked back until crossing the finish line.